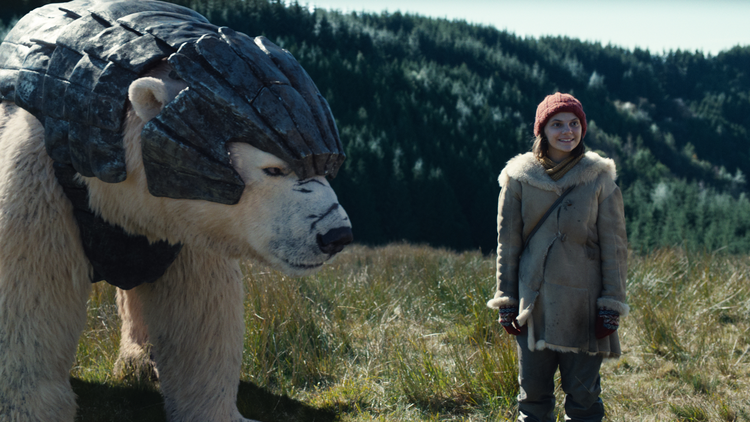 Unlike souls in our Christian world, which are said to be immaterial and immortal, dæmons in Philip Pullman’s books are both material and mortal (photo: HBO).

I was first introduced to Philip Pullman’s His Dark Materials books more than 20 years ago by a family friend who was reading them with her daughter. This friend, a devout Catholic, did not seem to notice—or at least she was not disturbed by—the rather blatant critique of Catholicism (and Christianity) that runs through the entire series. She just thought the books were beautiful. Indeed, her praise was so effusive that I decided to read them myself, and I, like her, was hooked. The novels are lyrical, beautifully written and offer a spirituality consistent with prominent themes in deep ecology.

Deep ecology is a strongly materialist response to the ecological crisis. It resists all forms of transcendentalism as a distraction, and encourages humans to celebrate their earthy identities. For deep ecologists, our spiritual and our material selves are the same. As a Catholic, albeit one with my own set of conflicted feelings about the church, I was not very troubled that Pullman calls the theocratic rulers in the series “the Magisterium.” For me, Pullman’s ecological vision overwhelms the digs he takes at Catholicism to get there. So, when HBO announced a new production of the series, I was eager to see how much of Pullman’s eco-spiritual vision survived. The short answer from my vantage point here at the end of Season 1: not as much as I would have liked. (Season 1 ended in December.)

Deep ecology resists all forms of transcendentalism as a distraction, and encourages humans to celebrate their earthy identities.

I will say more about my reaction to the HBO production shortly, but first, I think it will be helpful to summarize briefly a few key concepts developed fully over the three books of the series: The Golden Compass, The Subtle Knife and The Amber Spyglass.

Pullman presents us with a parallel universe, including a parallel earth and a parallel Oxford, which is ruled over by the aforementioned Magisterium. The humans in this universe all possess a physical animal known as a “dæmon”that goes with them everywhere and to which they are completely bound. Unlike souls in our Christian world, which are said to be immaterial and immortal, dæmonsin the parallel world are both material and mortal. Thus, if the human dies, the dæmon dies, and if the dæmon is killed, the human dies with it. Humans who have not reached puberty have changeable dæmons, but upon reaching maturity, the accompanying dæmon “settles” into a form that the person will have for life and reflects something of that person’s true character.

The idea of a dæmon is the first clue to understanding Pullman’s eco-materialist spirituality. Historical Christianity understands humans to be a combination of unstable matter (body) and stable spirit (soul), a construct borrowed from Neoplatonism. In Pullman’s world, humans are material through and through; indeed, they find their humanity (and their spirituality) in materiality, not in spite of it.

In Pullman’s world, humans are material through and through; indeed, they find their humanity (and their spirituality) in materiality, not in spite of it.

A second key concept of this world is something called Dust.Although Dust is not well-defined, it seems to be a material particle (it can be photographed, for example) that exists throughout the cosmos. In the parallel world of His Dark Materials, when Dust comes upon humans, they reach adult consciousness, including knowledge of good and evil, sexual maturity and all the conflicts of spirit that come with that. Dust is also said to be the cause of the “settling” of dæmons into their final form. For Pullman, Dust is a gift of the universe. Human consciousness, with all its eros and conflicted passion, is literally baked into the fabric of all things. Through the idea of Dust, Pullman replaces the Christian notion of a corrupting “fall”with something like the deep ecological notion that consciousness is the universe coming to awareness of itself. That is, the arrival of Dust and the corresponding elevation of consciousness is not a fall into sin, but the moment when humans fully participate in the spirit of the cosmos. Knowledge of good and evil is a cause of celebration, not lamentation.

As many commentators have noted, His Dark Materials was inspired by Milton’s Paradise Lost, in which Satan rebels against God. In the first book, The Golden Compass, which is the basis of Season 1 in the HBO series, the “rebellion” happens on two fronts, both of which involve severing children from their dæmons before they “settle.” The first front is the Magisterium’s war on Dust, which is motivated by a desire to escape “original sin,” that is, the conscious awareness of adulthood. The second front comes from scientists who wish to harness the power of Dust to free humanity from the limits of nature, but, as we eventually learn in books two and three, will end with the destruction of everything. Both are rebellions against the natural order, and science and religion seem to be equal-opportunity offenders.

The first season of the HBO adaptation of His Dark Materials impressively presents most key themes of Pullman’s work. The visual presentation of the dæmon is especially compelling. However, as I mentioned, the eco-spiritual ideas so evident in the books are not present. Since these do not really show up until books two and three, they may yet appear.

The eco-spiritual ideas so evident in the books are not present in the show.

I did find the depiction of “the Magisterium” to be quite harsh, especially because Pullman’s own anti-religious sensibilities are amplified by HBO’s fantastic visual effects. Without the softening impact of the yet-to-appear ecological notes, it was more challenging to “look away,” as I did when I first read the novels. It is not difficult to move from the garb worn by the clerics in the show to Roman collars, and the magisterial headquarters looks a lot like the Vatican. The dæmons of magisterial officials are all little buzzing insects, suggesting a tininess of spirit, and there are clear references to the sexual abuse scandal. Like all Catholics, I have been dismayed by the church’s handling of sexual abuse, and I am sad to say I know some tiny-spirited clerics. Yet this does not make the entire institution wicked. At this level at least, HBO reflects our culture’s general hostility toward organized religion. This depiction also tends to mute the corresponding critique of scientific overreaching contained in Pullman’s books, which is unfortunate.

I plan to keep watching, though. Overall this is compelling viewing, and I want to see if the screenwriters eventually find a way to present the ecological themes, which are quite worth hearing. 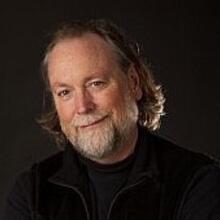 John J. O’Keefe is a professor of theology at Creighton University and a documentary filmmaker.