What hip-hop can teach us about our Catholic Faith 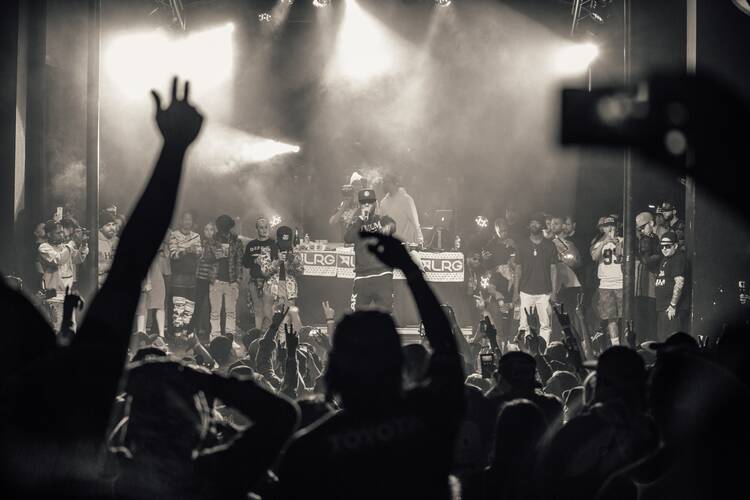 When I first proposed a course on religion and hip-hop at the University of Arizona more than 15 years ago, it raised some eyebrows. There are, I argued at the time, courses on rock ’n’ roll, jazz and the blues but nothing on the youngest genre of black music, which arose in the South Bronx in the 1970s.

Today there are hundreds of college courses on the subject and numerous dissertations and books tackling different facets of hip-hop. It has even secured the imprimatur of the Pulitzer Prize committee: In 2017, the prestigious award went to Kendrick Lamar for the album “DAMN.,” the first work to win the Pulitzer for music outside the classical and jazz genres.

Hip-hop offers the opportunity to consider the lives of the poor and marginalized from the perspective of the arts.

The album is deeply theological. In “DAMN.” Lamar is no longer the struggling artist of his mixtapes and early albums; he is now rich, successful and trying his best to identify, and avoid,the many traps of fame and fortune. The album focuses on the integrity and preservation of his soul, a journey that takes listeners through social and spiritual mazes. Even the sonic architecture of the album, a sparse and unadorned soundscape stripped of the posh samples and jazz riffs of Lamar’s previous works, mirrors the rapper’s ascetical and introspective mood.

Lamar has become the voice and conscience of today’s hip-hop generation. In a 2015 interview with The New York Times, he said that for many of his listeners, “I’m the closest thing to a preacher they have.” Though as a Catholic theologian, I believe in the anchoring beauty of traditional rites, pageantries and theologies, there is more than a little truth in Lamar’s observation. It is largely true among many of my students. They, too, seem more attuned to the street testimonies of the hottest rapper of the day than to the voices within the churches. While there is something to lament in this, I also see an opportunity to consider the question of God through the eyes and aesthetics of hip-hop. Instead of binding theology to the ethereal and meditative music of classical or liturgical compositions alone, as numerous modern theologians have done, hip-hop offers an opportunity to enliven theology with a shot of rough and raw grace. Isn’t this, after all, consistent with Jesus’ mandate to go to the streets and invite the poor and outcast, rather than the wealthy and honorable, to the table of God’s bounty? Theology is too refined and honorable as it is. It can use the rumbling sound of African drum beats more than Bach or Beethoven, the booming and rattling of 808-drum machines more than the music of conservatories and symphonies, the dembow rhythms of reggaeton more than disembodied harmonies.

You need to pay attention to hip-hop if you're religious. Here's why.
Zac Davis

Don’t get me wrong. I love the stuff of theology, and I remain committed to liberation theology’s “preferential option for the poor,” in particular. I find, though, that the exclusive focus on literary and bookish learning in academic theology is too constricting of the Catholic imagination. Hip-hop offers the opportunity to consider the lives of the poor and marginalized from the perspective of the arts, from the vantage point of music, dance, graffiti and the spoken word.

Millions of young people throughout the globe—from Latin America and Africa to Europe and Russia—have now embraced hip-hop as a medium of fun and festivity, defiance and dissent, self-expression and liberation. If it is an ambiguous and flawed genre, filled with wild sins and considerable flaws, there are also countless cases that redeem its spirit and soul. In the hands of its best practitioners, it can be remarkably clairvoyant and prophetic, a snapshot of the many cracks and blind spots in our world that remain unseen and unloved by the privileged and powerful—a species of humble beauty, as Kendrick Lamar has noted to wide acclaim. 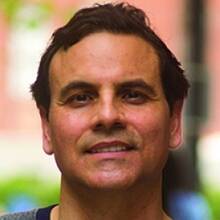 Alex E. Nava is a professor of religious studies at the University of Arizona and the author of Wonder and Exile in the New World and In Search of Soul: Religion, Literature and Hip Hop.