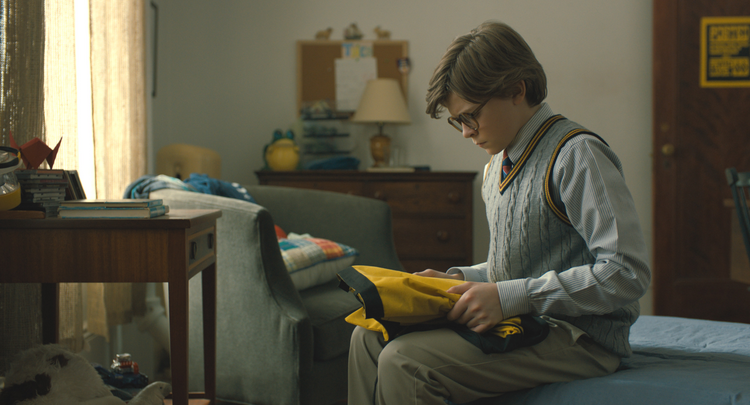 I read Donna Tartt’s novel The Goldfinch on the shoulder of the Grapevine—a hilly, ear-popping stretch of Highway 5—in California. Cruising to Los Angeles from the Bay Area, my family’s 13-year-old car had failed, and we stood baking in the August sun for hours, awaiting absolution (a tow truck). To pass the time, I turned to my reading material: a highly decorated novel that I’d found at Barnes & Noble on clearance. The tow truck arrived and I kept reading. When I finished, a few weeks later, it was my favorite book.

Winner of the 2014 Pulitzer Prize, Tartt’s third novel came into my life when I was 18 and felt like a rat in a laboratory maze, nosing my way through tight corridors, working out the architecture of the years ahead of me. In September, I would start college, and Theo Decker, the protagonist of The Goldfinch, reflected my own anxieties about “The Future.” Like me, he was obsessed and frustrated with transience and all the different paths a life can take.

Tartt has an indulgent, Dickensian affinity for detail, which I immediately glommed onto. (I’ve never been a fan of bloodless minimalism.) But she’s not an apostle of David Foster Wallace’s maximalist, meta-referential, gooey-yet-aloof “New Sincerity.” Instead, The Goldfinch mines the 19th century, unspooling into a neo-picaresque delight. Tartt makes sentimentality feel cool, vitally human. She is serious but has a sense of humor. I just want to luxuriate in her prose and stay forever. Owning one of her novels, I have found, is like owning a nice, finely woven area rug.

Watching the film adaptation of The Goldfinch this month was like watching a cat scratch at the rug and a dog poop on it. The book and film pivot on a terrorist bombing at the Metropolitan Museum of Art in New York City that kills Theo’s beloved mother and upends his life. He steals and keeps secret a painting, Carel Fabritius’s “The Goldfinch,” that survives the attack.

As with certain adaptations of Dickens novels, John Crowley’s film “The Goldfinch” is drained of the richness that makes Tartt’s novel sing. But maybe, as a Tartt partisan—or Tarttisan, if you will—I’m being too harsh. Condensing 700-some pages into a couple of hours is no easy feat, and of course a lot of interiority was bound to get lost in the shuffle. Where the book is chiefly a linear, coming-of-age story concerned with transience and immortality, the nonlinear film is a confused ball of yarn, a lot of vignettes that don’t say much, together or in isolation.

A few performances really sing. After the attack, Theo moves in with his wealthy classmate’s family, the matriarch of which is played by a pensive Nicole Kidman, who brings Big Upper East Side Energy to the role. Later, Theo moves to Las Vegas with his repellent father, Larry, and Larry’s girlfriend, the cranky Xandra. She manages a bar on the Strip, chews Juicy Fruit gum, lounges around in athleisure and is my favorite character; Sarah Paulson’s husky snarls and tipsy incriminations do Xandra justice.

And a few moments in the film are laden with pathos: when Theo’s father slaps his son and coerces him into calling his mother’s lawyer in New York so he can obtain $65,000 to repay a debt. Or in the aftermath of the explosion at the Met, when Theo meets Welty, an antiques dealer who is dying, choking on ash.

What does America look like in 2019? The Whitney Biennial asks and answers.
Ciaran Freeman, Brandon Sanchez

Compositionally, “The Goldfinch” is at times gorgeous. An aerial shot of beige Vegas tract homes comes to mind. But Tartt has an acute sense of place that the filmmakers don’t replicate. For a while, it is hard to even tell the film takes place in New York. The film subsequently fails to capture Theo’s yearning for the city as it was before the attack, when his mother was alive, which informs his neuroses about the endurance of art and the passage of time. Because of the filmmakers’ choice to present the plot in a nonlinear sequence, time feels porous and pliable and not half as crushing and final as it could. Maybe it is quaint of me to want that kind of progression or growth, forward movement; it could be that our times are too jangled for the 19th-century tradition Tartt worked within.

Some things you just need to read. Like this, my favorite passage from the book: “What if the heart, for its unfathomable reasons, leads one willfully and in a cloud of unspeakable radiance away from health, domesticity, civic responsibility, and strong social connections...and instead straight towards a beautiful flare of ruin, self-immolation, disaster?”

While I don’t own a finely woven area rug at the moment, I imagine that the kind of comfort it provides on a gusty autumn night is much like the strange, beautiful comfort I feel reading Tartt, reflecting on time and The Future and sorrow. The comfort Theo might have found in the painting.

Great review, Brandon! I just put the book in my amazon cart.