Review: Can the university be sacred space for reasoned discourse? 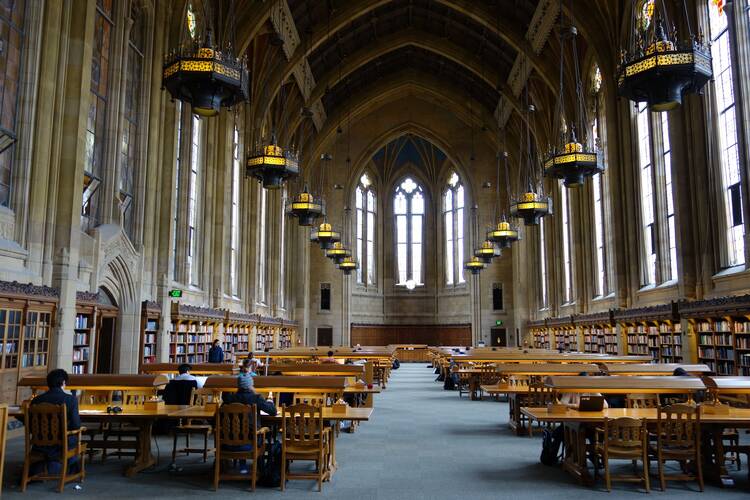 Photo by Ken Theimer on Unsplash

For anyone who knows him—and I do (he mentions me in this book)—John Sexton, president emeritus of New York University, is one of the most lovable people in higher education. But he is also one of the smartest and most articulate practitioners and advocates for higher education in the world today, as is evidenced by Standing for Reason: The University in a Dogmatic Age.

Sexton traces his inspiration to become an educator to the legendary Charlie Winans, his teacher at the Jesuits’ Brooklyn Prep and to Timothy Healy, S.J., a young faculty member at Fordham University when Sexton studied there, who went on to become the transformational president of Georgetown University.

Sexton’s career path was certainly out of the ordinary. He was a debate coach at a girls’ Catholic high school in Brooklyn while studying at Fordham, where he earned a doctorate in theology, studying with another legend, Ewert Cousins. He taught theology at St. Francis College in Brooklyn before he made a radical turn and found his true vocation in the law at Harvard Law School. He then went on to become a faculty member at New York University, dean of its law school and eventually its president from 2002 to 2015.

John Sexton, president emeritus of New York University, is one of the most lovable people in higher education.

This book is about Sexton’s passions, particularly for reasoned discourse, which he learned as a debater at Brooklyn Prep and as a debate coach. This passion explains his deep distress at the dogmatism that he feels his church broke out of but that now afflicts the secular world, especially political discourse in the United States. He sees the university as a counterforce, a sacred space for reasoned discourse, though one now itself threatened by unreason from within and without.

Standing for Reason is also about Sexton’s passion for the ecumenical university, inspired by his experience of a more ecumenical church and his efforts to realize that model through the creation of N.Y.U.’s global network university, with coequal “portal” campuses in New York, Dubai and Shanghai. And finally, it is about his passion for equal access for all to university education and the concrete proposals he offers for achieving this, especially through a program of income-based repayment of student debt.

Sexton’s passion and commitment are infectious, and one cannot help hoping along with him that our universities will be able to realize the great aspirations that he has for them. If there were only more John Sextons, they would!