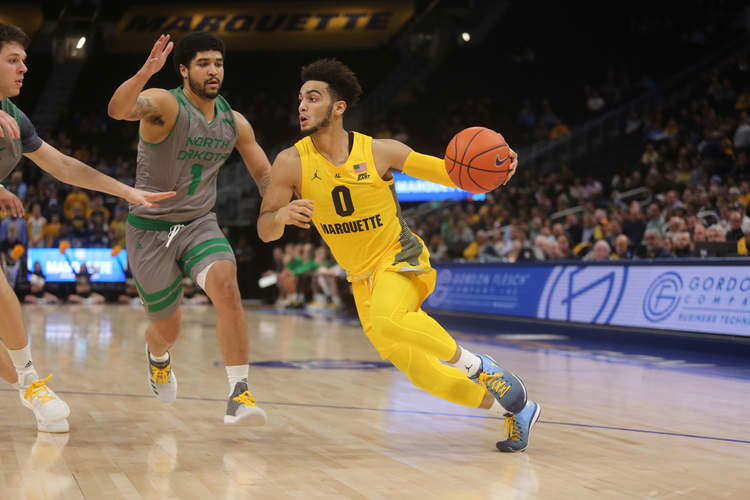 Marquette University men’s basketball standout Markus Howard is having a banner year. He’s earned the Big East Conference Player of the Year award on his way to leading Marquette toward a (hopefully) deep run in the N.C.A.A. tournament.

We talk to Markus about why he decided to start going to therapy and why he started talking about it publicly. Are we closer to ending the stigma surrounding mental health care?

In Signs of the Times, we lament the Ethiopian Airlines crash that killed 157 people, many who worked for humanitarian agencies. We ask: was Pete Davidson’s joke comparing support for R. Kelly to support for the Catholic Church offensive? Why did an elementary school teacher tell her student to wash off his ashes on Ash Wednesday? Why was a child of a same-sex couple denied admittance to a Catholic school? Finally, what’s the future of religious life going to look like when fewer people are entering orders?

This week I talked about how inspired I was by the community found on our Facebook group. It’s a great reminder that this podcast is a ministry and a community. Thank you. PS: If you haven’t joined our Facebook community, you can find it here.

Feel free to send us your questions, concerns, cocktail recipes or let us know what you gave up for Lent at jesuitical@americamedia.org, or join us for discussion on Facebook and follow us on Twitter. Consider supporting Jesuitical by becoming a member of our Patreon community.

I respect Markus Howard, a Marquette basketball player, for publicly announcing that he sees a therapist each week. As his coach observed, years ago it would have been very unusual for a college athlete to publicly discuss his mental health needs. I can appreciate the benefits of therapy. Because of depression due to being gay, years ago I sought help from a number of therapists and psychiatrists. Frankly, their ability to assist me widely varied, so I think it's crucial for someone with a mental health problem to find a professional who can provide the help needed by the individual. In time, I did find a very competent, caring psychiatrist who both respected my Catholic faith (and belief that gay sex is immoral) while having the skills to assist me in respecting myself as a person. Our society has become more accepting in many ways, which is generally positive. I think that we need to stop stigmatizing people who seek mental health care.