In Texas, all roads lead to tacos 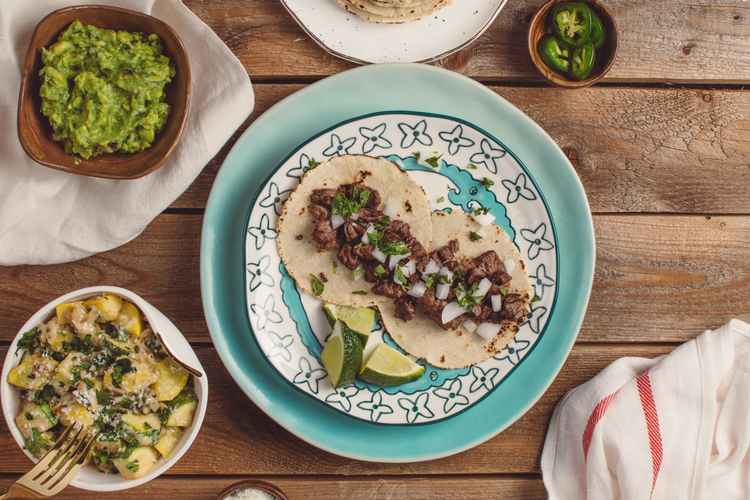 Photo by Travis Yewell on Unsplash

What makes a perfect taco? What is the difference between a breakfast taco and a regular taco? How in the world did Taco Bell win the title of “best Mexican restaurant” in the United States?

If you’re like me, you’ve wrestled with these questions recently. (I’m kidding about the breakfast tacos. Dead serious about the Taco Bell one.) Luckily for all the taco enthusiasts out there, we finally have some answers.

Mando Rayo and Jarod Neece, two taco journalists, are exploring Texas through the eyes of the taqueros, chefs, owners and abuelitas (“grannies”) responsible for taco culture.

What is a taco journalist, you might ask? Short answer: my dream job.

Rayo and Neece recently released a seven-part YouTube series that takes you into the world of taco journalism. These two Texans have traversed over 7,000 miles in an attempt to bridge the gap between taco aficionados and the people (angels) who create these delicacies. What initially started out as a book (aptly named The Tacos of Texas) evolved into this short docuseries, which is produced by PBS’s Indie Lens Storycast.

Rayo and Neece have a seven-part YouTube series that takes you into the world of taco journalism.

Each episode runs between seven and 10 minutes—just long enough to expose you to the culture and food that makes Texas uniquely Mexican and uniquely American. The show, however, is not simply about where to eat when you are in Texas (although, yes, please make sure to go to all these places when you visit Texas). It also tackles topics dominating headlines today, such as the rights of Dreamers and the planned wall along the U.S.-Mexico border.

“It’s a mix of different cultures. It’s about building trust, forming relationships and honoring people where they come from,” Rayo says in the first episode.

The series begins in Austin, where we first get a glimpse of what makes the tacos in Texas so special. The series also takes audiences to Houston (my hometown and the home of the best al pastor taco), the Rio Grande Valley, San Antonio, Dallas and Corpus Christi, Along the way, we learn about puffy tacos, breakfast tacos, modern Mexican cuisine and more.

One of the most memorable episodes takes us to the Rio Grande Valley, home of traditional barbacoa tacos, right along the U.S.-Mexico border.

“Brownsville is caught in the crossroads of two countries, two cultures, two languages and everything that has to do with the Mexican and American way of life,” the mayor of Brownsville, Tony Martinez, says in Episode 3. In Brownsville, “Barbacoa is part of who we are. Some cultures have fried chicken on Sundays, we have barbacoa.”

“It’s a mix of different cultures. It’s about building trust, forming relationships and honoring people where they come from."

Barbacoa, or Mexican barbeque, is traditionally cooked in a pozo, or hole in the ground, using mesquite wood that has turned into charcoal. The pitmaster lowers the seasoned meat into the pozo and covers it with dirt, where it cooks for 14 hours.

While the meat cooks, Rayo and Neece travel to what is known as the Taco Mile, 4.5 miles from the Mexico border, where we meet Hector Guerra of Mariachi Continental, a well-known Mexican traditional folk music group based in Texas. Guerra explains the history of the Taco Mile, a short stretch of land four and a half miles from the Mexican border full of taco vendors. He also recounts what barbacoa actually is and how it became a staple in the valley.

“Barbacoa has been a big part of the [Rio Grande] Valley since day one. It was the farmers’ way of cooking. As a ranch hand, you couldn’t get the steak, you would get the cow’s head...and so you learned how to cook it,” Guerra explains.

Another episode takes us to Corpus Christi, home of the renowned Tejano music star Selena Quintanilla-Pérez, where we learn the art of the breakfast taco and meet a group of young Latino professionals who explore the meaning of taco culture through fashion, art and, of course, food.

One of the most memorable episodes takes us to the Rio Grande Valley, home of traditional barbacoa tacos, right along the U.S.-Mexico border.

“We grew up in South Texas, and so the proximity to Mexico was always there and I never took it for granted,” Elena Flores of Sew Bonita, which sells hand-sewn items reflecting Mexican culture, tells Neece and Rayo over an elaborate and colorful breakfast taco spread. “It’s food, it’s memories, it’s flavors,” says Vanney Rodriguez, the founder of Sweet Life, a blog exploring life, food and culture in South Texas. “The more I share, the more people connect with the food and the more people want to re-create what their abuelitas and tias made.”

Gerald Flores, the creator of the clothing line Taco Gear, describes how in his search for a “taco T-shirt,” he found the only options were overpriced and created by people who did not know what a taco really was.

“If our parents took tacos to school for lunch, they looked like poor kids. And now everyone in Austin and L.A. is going to taco places,” Flores says. Tacos “came from tradition. You can enjoy them now and that’s good. Just know where they came from.”

Throughout the series, Rayo and Neece also give viewers “taco tips,” which range from the differences between a burrito, an enchilada and a taco to how to flip a tortilla the right way. (Spoiler alert. You need Mexican hands.)

Review: Can Mexican-Americans find a home in the United States?
Vivian Cabrera

Perhaps the greatest takeaway, for all you taco lovers out there, comes down to how to judge if a taco is good. I’ll admit, I’ve been guilty of using rash judgment. The holy trinity of the taco, according to our expert taco journalists, begs you to ask: Are the tortillas fresh? Were the fillings hecho con amor? Is the salsa spicy?

While not all tacos were created equal (which is a good thing), “The Tacos of Texas” remind us what really matters when consuming our favorite meal: the people who created them and where the tacos come from.

Cesar Espinosa, a Dreamer from Houston and executive director of FIEL, an immigrants’ rights organization, recalls the challenges Dreamers face and how taco culture can help remedy misunderstandings between immigrants and American citizens.

“Talk to your neighbors, sit around the tables and eat tacos together,” Espinosa says in Episode 2. “Hopefully that will change the mentality of immigrants in the United States.”

Next time you find yourself with a taco in front of you, think of all the love and affection that went into the creation of your food. As Neece says, “Tacos taste better when you know the story.”

I can confirm: all roads do indeed lead to Texas. Taco roads, take me home.

Thank you, Vivian, for a timely reminder of what brings us together as people. Trailas de tacos are a big part of what makes Texas great! America needs more tacos!