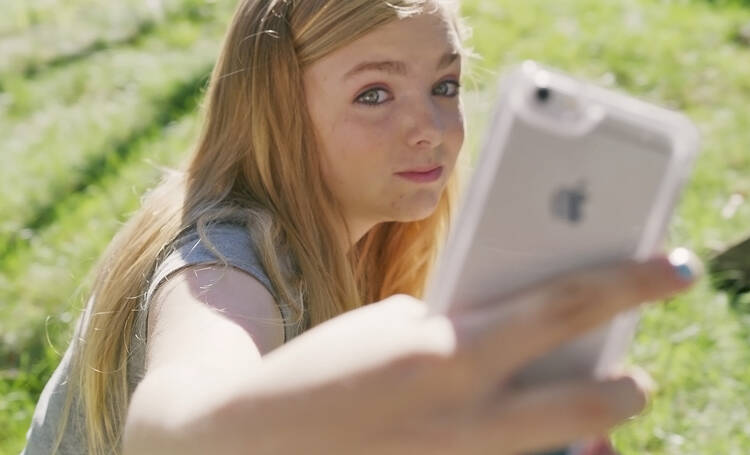 “Eighth Grade,” the writer-director Bo Burnham’s sweetly agonizing immersion in adolescent anxiety, grade-school cruelty and cell phone fascism, is positioned to be one of this year’s more successful “specialty” films—which often just means anything without a major studio or Marvel superhero behind it. But who is to say Kayla Day isn’t a superhero? Young Elsie Fisher certainly gives a heroic performance as our tormented graduate-to-be. And who among us isn’t Kayla Day? Or was, back when our nose didn’t fit our face, our clothes didn’t fit our body and everyone seemed to be looking at us.

Bo Burnham’s new movie is a joyous reminder that 13 is not, in fact, the best year of your life.

For those who found adolescence to be a walk in the hormonal park, good for you. For everyone else, “Eighth Grade”—which follows Kayla through several episodes of excruciating awkwardness—will be painful, funny, moving and, to a certain degree, infuriating. Much of what constitutes contemporary teenage angst, the film makes clear, can be chalked up to societal malpractice, the sadism of one’s peers and a willing enslavement to the internet. With the exception of those omnipresent screens—and headphones—these are themes that have been explored in many films over many years, with varying degrees of comforting humor (from the caustic “Welcome to the Dollhouse” to the comparatively vacuous “Mean Girls”). But because it is such an intimate, pimples-and-all portrayal of one girl’s seemingly endless lurch toward adulthood (“like waiting on line for a roller coaster,” Kayla says, in one of the film’s off-handedly poetic lines), “Eighth Grade” is both revelatory and all-embracing.

Burnham, a comedian and actor making his feature directing debut, is a graduate of St. John’s Prep in Danvers, Mass.—an all-boys Catholic school. Which doesn’t mean Kayla is anything less than authentic. It means Burnham was aware that teenagers’ more heinous social crimes are more frequently and horribly committed against girls.

Which is one big reason that the point of view of “Eighth Grade” is entirely Kayla’s, even when it is flipped around and she can see it herself. At one point, she and her classmates are presented with the time capsules they created as sixth graders, in which they address their older selves from the past and ask questions that are bound to touch on tender spots (“Do you have a boyfriend?”). Chapterizing the film to a large extent are Kayla’s video blogs, in which she addresses great themes about which she knows absolutely nothing: “Be Yourself”; “How to Be Confident”; “Growing Up” and “Putting Yourself Out There” (“Where is THERE?” she wonders aloud, to what one hopes is a very tiny audience.) It is cheaper than therapy, one supposes. But as a film device, it’s priceless, providing easy access to Kayla’s character, which, unformed though it may be, is monumentally sweet and decent.

That Kayla so dominates the film is natural—pubescent people are self-absorbed—and other persons only exist inasmuch as they affect Kayla. This is not selfish; it feels normal, given Burnham’s structure. Kayla’s single father, Mark (a wonderful Josh Hamilton) is among her plagues, mostly because he tries too hard to be father and mother. Where is Mom? There is only a passing reference to her (she “left,” which could well mean she died), and the viewer kind of likes the fact that she is not discussed; missing people are not often the topic of conversation, except to make plot points. The others who enter Kayla’s life include the older Olivia (Emily Robinson), who befriends her during “shadow day” at her high school; Riley (Daniel Zolghadri), who introduces Kayla to predatory sexuality; and Kennedy (Catherine Oliviere), the mean girl of the piece and the kind of character you hope peaked in grammar school.

What’s more dramatic than eighth grade? Nothing—if you are an eighth grader, which is perhaps the biggest achievement of Burnham’s movie, the sense of experiencing or re-experiencing that time when adults repeatedly uttered the most depressing thing you had ever heard: “These are the best times of your life.” No, they are not. And “Eighth Grade”—for all its heartache—is a joyous reminder of that.