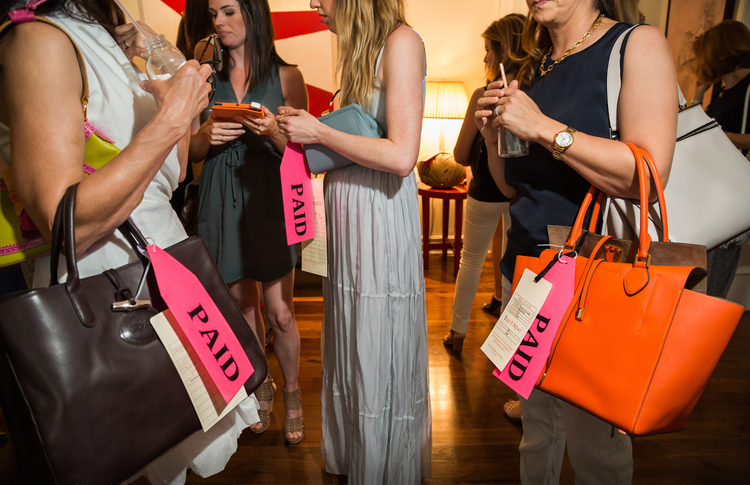 “Generation Wealth,” the documentarian Lauren Greenfield’s latest take on the pathologies of money, can be thought of as Pandora’s storage unit, bursting with consumerist malignancies, soulless sensibilities, runaway avarice, gold-plated strippers, 3-year-old pageant contestants, felonious bankers, over-financed frat boys and impoverished plastic-surgery addicts. Taken together they are intended to make the emphatic point that much of what used to constitute the freak-show aspect of American culture has somehow taken over the center ring.

That may well be true. As Greenfield’s all-too-apolitical film points out, however mutely, a reality-TV star is president of the United States. So draw your own conclusions.

But I, for one, don’t want to. I want a film called “Generation Wealth” to tell me something about why Americans are fixated on money. I want some revealing truths.

I want a film called “Generation Wealth” to tell me something about why Americans are fixated on money. I want some revealing truths.

One of those truths is that you really strain to find some thematic unity in Greenfield’s latest film. (Her others include “The Queen of Versailles,” about the filthy rich, and “Thin,” about the anorexic/bulimic.) And then you wonder if Greenfield has worked so hard herself. Many of the subjects she brings forward in “Generation Wealth” have already been subjects of her film and photography projects (she is a widely published still photographer), from the obscenely privileged private-school kids in L.A. to rappers down south (“We don’t have movie stars in Atlanta,” says one rapper, “so strippers are the movie stars”). She is recycling, in other words, with only the loosest kind of thesis to tie it all together.

Is there a link between a G.M. worker laid off during the financial crisis and an Icelandic fisherman-turned-banker-turned-fisherman? A woman who can’t pay her rent but still hungers for more, and more elaborate, plastic surgery? How about the investment banker Florian Homm, formerly of Harvard and the F.B.I.’s Most Wanted list?

The film embraces the ostentatious, the pathetic and in some cases the tragic.

Of course there is a connection. And if “Generation Wealth” had been positioned as a film about spiritual emptiness and the desperate ways in which people try to fill it, Greenfield might have been on to something. In fact, she almost is on to something with the overbearing, cigar-smoking Homm, whose lifestyle was once all about stocks, cocaine and prostitutes, and who presents himself today as a devout Catholic, preaching to economics students. (“You do not have to forsake wealth, but you should not lose sight of what is good and important,” he has been quoted as saying.) In the film, he makes statements that, despite his obnoxious presentation, seem to verge on the penitential and even profound. But the concept of spirituality or religion in any sense is missing.

Instead, the film embraces the ostentatious, the pathetic and in some cases the tragic, almost ennobling the compulsions and obsessions that people pursue, while not attempting any real answers to what motivates the pursuit. “No matter how much people had,” Greenfield says of her various subjects, “they wanted more.” No kidding. “I wanted to figure out why our obsession with wealth and status had grown,” she says. If she did figure it out, she does not share.

The documentary says little about spiritual emptiness and the desperate ways in which people try to fill it.

Greenfield grew up herself in monied Los Angeles and knows the turf of entitlement. She went to Harvard and was mentored there by Robb Moss, a leading figure in the field of personal documentary, a school of filmmaking cultivated at Harvard and M.I.T. and whose better-known members include Ross McElwee, Ed Pincus and Michel Negroponte. Moss was involved with this film, which may explain why it gets so involved with Greenfield’s life, especially her childhood. The filmmaker herself is in and out of the film, interviewing her father, her kids and, with what seems to be particular glee, her stiffly smiling mother, who separated from the filmmaker’s father when their children were young and left the kids with him to pursue her career. Greenfield, in turn, recounts her own guilt-ridden absences from her very young child when she got a plum assignment, “pumped 300 ounces of milk and went to China for 10 days.”

How “The Americans” highlights the dangers of consumerism
Michael J. O’Loughlin

What has this do with ostentatious wealth and tackiness? Nothing. It is relevant regarding obsessive behavior, which is what a lot of the film is about, while not being necessarily about wealth. There are in fact several themes that Greenfield touches on that would require—and would deserve—hours and hours of analytics, economics and psychology to do them justice.

This is definitely not that movie.