Review: Mr. Rogers is still a good guy in the documentary “Won’t You Be My Neighbor?”

Review: Mr. Rogers is still a good guy in the documentary “Won’t You Be My Neighbor?” 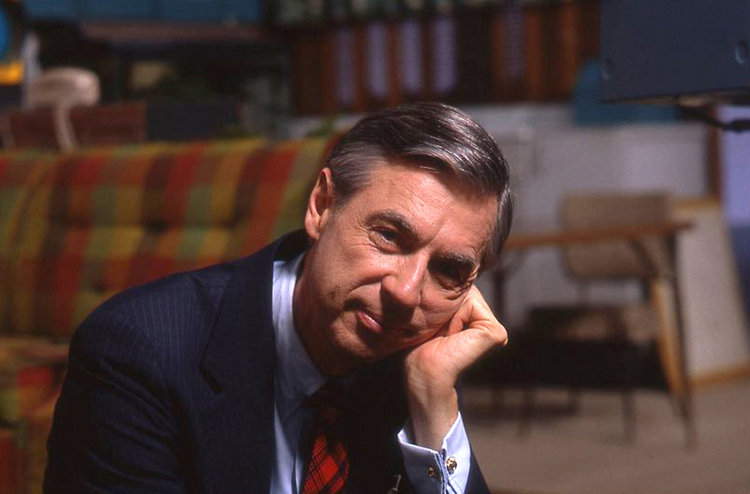 One of my favorite anecdotal bits about Fred Rogers—the longtime star of “Mr. Rogers’ Neighborhood”—is not included in “Won’t You Be My Neighbor?”, Morgan Neville’s new documentary/beatification. I got it, oddly enough, from George Romero, the late master of low-budget horror and the director of “Night of the Living Dead.”

“Fred Rogers was the guy who gave me my start,” Romero said during an interview we did in Los Angeles some years ago. “He was responsible for a lot of people’s careers back in Pittsburgh. He helped everybody out.”

Apart from everything else that most sentient Americans knew about Rogers before his death from cancer in 2003—his gentle, avuncular persona on public television; his devotion to childhood education and media literacy; his opposition and even contempt for what passed for children’s programming during the nascent days of TV—the idea that he had actually been a good guy off-camera, a mentor, a mensch, has never left me.

“Fred Rogers was the guy who gave me my start”—George Romero, director of “Night of the Living Dead.”

Neither will the effect of “Won’t You Be My Neighbor?”, whose trailer alone has been enough to reduce moviegoers to tears over the last few months and whose title comes from the song Rogers sang to his presumably youthful audience every afternoon as he walked in, changed into a cardigan and sneakers, and proceeded to try to counteract the malodorous effects of commercial children’s television. He disseminated some good. Some kindness. Some love. Regarded now, Rogers wouldn’t just be an anomaly on television; he would be an alien in public life. To give a bad review to “Won’t You Be My Neighbor?” would not be a miscarriage of critical justice. It would be anti-life.

It would also be untrue. The latest nonfiction film from the Oscar-winning Neville (“Twenty Feet From Stardom”) is a sturdy, sweet, unavoidably sentimental movie. It is favorably disposed toward its subject, of course, but also revelatory about the state of the media at the time he carved out his compassionate niche in, to quote F.C.C. chairman Newton Minow, the “vast wasteland” of American television. (“Mr. Rogers” debuted in 1968.) It has much to say about the way he helped mold the worldview of children through such devices as the Neighborhood of Make-Believe, with its royal family of puppets. But it also showcases how he dealt with sensitive topics and current affairs, airing special episodes on death and divorce and speaking to his audience about the word “assassination,” which children had no doubt heard whispered around the house, after the death of Robert F. Kennedy in 1968. He acknowledged children’s fears and their insecurities. He challenged the values they were likely to be absorbing from other points on the TV dial.

Mr. Rogers challenged the values that children were likely to be absorbing from other points on the TV dial.

“Won’t You Be My Neighbor?” is rich in archival footage and interviews with colleagues and family, including Rogers’s children; one son recalls how difficult it sometimes was being raised by “the second Christ,” as he called his father. Rogers was in fact an ordained Presbyterian minister who had studied at the Pittsburgh Theological Seminary. Television, however, provided his calling and his pulpit.

“Won’t You Be My Neighbor?’ isn’t hagiography, exactly. The actor François Clemmons, who played a police officer on the show, reveals in an interview that Rogers initially asked him to stay in the closet; a “Mr. Rogers” character frequenting gay bars, he was told, might be pushing tolerance too far. (He later supported Clemmons’s decision to come out off-screen.) Rogers felt the performers on his show should avoid, in general, other acting roles not in keeping with the show’s tone and message. But this is small potatoes, and the portrait of Rogers that Neville assembles, either through the man’s work itself or the impression he left on others, is unavoidably saintly. For genuine bile, the movie has to go to Fox News—where, in a segment carping about “millennial entitlement,” one pundit actually claims that, “This evil, evil man has ruined a generation of kids.”

What would Mr. Rogers have thought about such such thinking, or a TV network that would support it? He might have wondered if the kindness he had tried to share had found its mark. There is a distinctly melancholic tone to “Won’t You Be My Neighbor?” with regard to the current state of media civility, and maybe even the state of children. Most audiences, though, will be thinking that Mr. Rogers’ life was worth living, worth celebrating, and that we are all a little better for it. 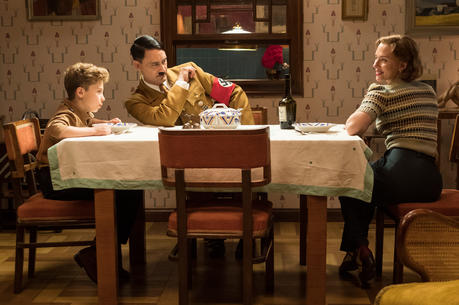 What ‘Jojo Rabbit’ could learn from Mel Brooks
“Jojo Rabbit,” which has been nominated for six Oscars, is the latest applicant to an exclusive club: Movies that laugh at Hitler.
Simcha FisherJanuary 25, 2020 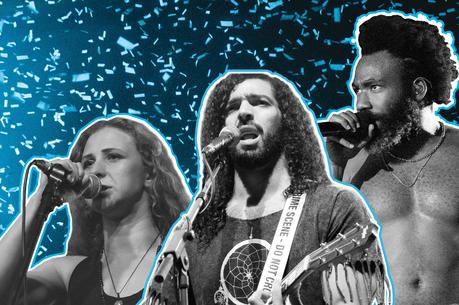 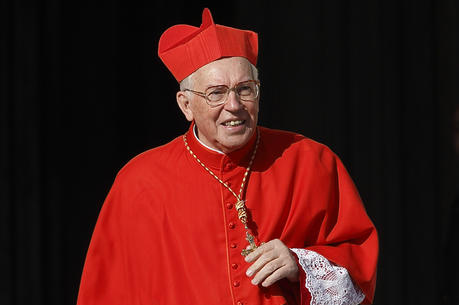 Cardinal Giovanni Battista Re is the new Dean of the College of Cardinals
He succeeds Cardinal Angelo Sodano, 92, who was dean for almost 15 years.
Gerard O’ConnellJanuary 25, 2020