What do you do with the mad that you feel?

What do you do with the mad that you feel? 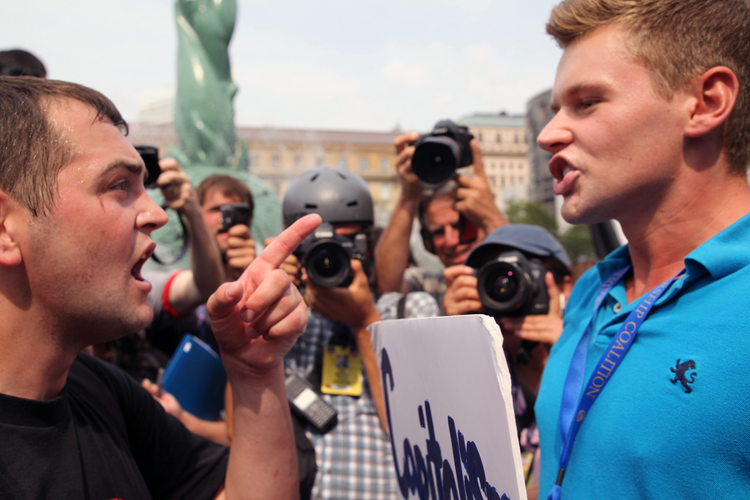 On this week's podcast, Matt Malone, S.J. and Tim Reidy (sitting in for Kerry Weber) discuss how the country has changed under President Trump. Ashley McKinless joins the conversation to give her input.

David Dark is the special guest of this episode, and he calls in to talk about his recent article in which he discusses the challenges and responsibilities of teaching the humanities in this politically fraught environment.

You aren’t really communicating with someone if all you’ve done is shut them down in some way, or made them feel like they are irredeemably ignorant.

“One of the big things that often comes up when talking about teaching in prison and among incarcerated students themselves,” said Mr. Dark, “is the idea that no one is ever only the worst decision they ever made, and oddly there was a lot more compassion for now-President Trump among the incarcerated than I experienced with students that I sometimes refer to as “free world” students…. In the incarcerated setting there is an alertness to how we can demonize people in such a way that we aren’t looking at them as infinitely valuable bearers of God’s image.”

Father Greg Boyle: I thought I could “save” gang members. I was wrong.
Greg Boyle, S.J.

Speaking of how he has moderated class discussions before and after the election, Mr. Dark explained that he is guided by the idea that “you aren’t really communicating with someone if all you’ve done is shut them down in some way, or made them feel like they are irredeemably ignorant.”

Later in the discussion Mr. Dark noted: “Who is my neighbor? is the most political question we can ask.”