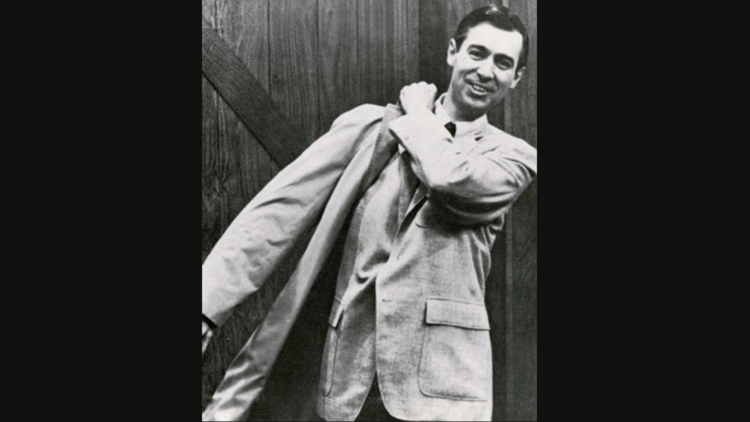 I am writing this column on the 50th anniversary—to the day—of the U.S. debut of “Mister Rogers’ Neighborhood,” the PBS program hosted by the cardigan-clad godfather of children’s television after whom the program is named. The late Fred Rogers is currently enjoying something of a post-mortal renaissance: More than a decade after his death, his program continues to air in reruns on PBS stations across the country; the U.S. Postal Service has issued a stamp with his picture on it; one of his famous sweaters now hangs in the Smithsonian’s National Museum of American History; and there’s even an upcoming, big studio biopic starring everybody’s favorite good guy, Tom Hanks. I didn’t know Fred Rogers, but I suspect he’d be embarrassed by all this attention.

Actually, it is not quite true that I didn’t know Fred Rogers. I spent every afternoon with him when I was a boy, racing home from the school bus, bolting through the door and diving onto the couch just in time to catch the start of his show. Like millions of others, then, I can say that I did know him. For as his wife of more than 40 years once said, “the Fred you see on T.V. is who Fred is. He’s not playing a character. He’s himself.” If there was a single theme that ran through every one of the 1,000 episodes of “Mister Rogers’ Neighborhood,” it was that: Be yourself. If you think that’s just saccharine pablum, think again. “When I say it’s you I like,” he told an interviewer, “I’m talking about that part of you that knows that life is far more than anything you can ever see or hear or touch. That deep part of you that allows you to stand for those things without which humankind cannot survive: Love that conquers hate, peace that rises triumphant over war, and justice that proves more powerful than greed.”

More than a decade after his death, his program continues to air in reruns on PBS stations across the country.

Off-camera, Mister Rogers used a different word for all that: faith. A deeply devout Christian and an ordained minister in the Presbyterian Church, Fred Rogers decided early on that his ministry would be with children and that his pulpit would be your television set. “I just thought, wouldn’t it be wonderful if we could use this marvelous gift called television to broadcast grace to the entire world?” At a time when most children’s programs were selling toys and other products under the guise of escapist cartoon fantasy, Mister Rogers was talking to us about death and divorce, what to do with our anger, what to do when we wronged someone, how to navigate our deepest fears, even how to face the day after 9/11. His few critics say that his program produced a generation of narcissistic and entitled kids. That’s just bosh. Love, he liked to say, is a hard, active noun, more like ‘struggle’ than ‘affection.’

Fred Rogers was a new evangelist before the phrase was invented. He pioneered a way to use modern technology to convey the basic values of Christian living in a language accessible to everyone. By language, I don’t mean mere words. The words he spoke were true, of course, but they touched us in a lasting way only because they reflected the truth of who he was. In 1971, just as Mister Rogers was gaining his audience with this new kind of television, the Vatican released “Communio et Progressio,” a pastoral instruction on the means of social communications. “Communication is more than the expression of ideas and the indication of emotion,” it read. “At its most profound level, it is the giving of the self in love.” As Christians, we believe that God, who is love, has revealed himself in Jesus Christ, who is both the means and the message of that revelation. If that is true, then nothing a Christian says, however factually accurate, can ultimately be called truthful if it is not spoken in charity. Without love, the living love that must move the hearts of all disciples, then our words are “noisy gongs or clanging cymbals.” Fred Rogers knew that. He lived it.

Among the tributes today on social media was one tweet from a fan, a video clip of Mister Rogers accepting an Emmy award in 1997. In response to this short video, more than 1,000 people posted comments on Twitter about him. As far as I could tell (I read hundreds of them), not a single comment was toxic or cynical. (In case you’re wondering, that never happens on Twitter). It is a welcome sign that there is still room in the world for human decency. “You need three things to be successful in life in the only way that truly counts,” Mister Rogers said. “The first is kindness. The second is kindness. And the third is kindness.” That may sound naïve, but it is just the opposite. It is our only realistic hope if we want not merely to inhabit the world but live in it as God intended, as neighbors of one and all.

Actually some of us in Pittsburgh and Canada were fortunate to be influenced by Fred's thoughtful puppetry and presence in the early part of the 1950's, well before PBS offered to take him national. I grew up in Pittsburgh where Fred originated the concept of his "Neighborhood" with an innovative woman by the name of Josie Carey, who was the host of local public TV station WQED's, "The Children's Corner". I had the further good luck that Josie was a customer of my family's Italian food market and she allowed my cousins & friends on the set for my 5th birthday party. Even back then we were captivated by Fred's many voices and personal guidance, including "Daniel Striped Tiger, "X the Owl" and even King Friday (aka Fred) who wished me a "Very Happy Birthday"!

From all I've read he was the genuine article, a truly good, kind, and loving Christian. Someone who not only "talked the talk" but "walked the walk". To paraphrase Sacred Scripture, he honored Christ with his lips and his heart was one with Christ. Rest in Peace and Glory, sir.

I was 9yo when Mr. Rogers was introduced to TV. Being a fan, then, of Bug Bunny and Road Runner, along with The Munsters and The Flintstones, I found Mr. Rogers' Neighborhood to be a terribly boring, I suppose because ti was so out of touch with reality, as is modern leftism. Herman Munster was a monster, yet he was more real than Mr. Rogers. And so millions of children grow up believing that life is always sweet and that all problems can be overcome with just being nice. I think such teaching harms children, giving them unreal expectations and making them unable to deal with conflict and adversity. You can't avoid conflict and adversity by hopping on the trolley to the land of make-believe.

Contrary to Mike's view, I think Fred Rogers was teaching lessons about how to create a better world by being nicer to and more considerate of each other. Conflict and adversity are, in fact, realities of life, but there are ways to decelerate the intensity of these possible hostilities. In our nation today, we have all but discarded the convivial virtues in favor of belittling and dehumanizing the value of the person. BTW, I wouldn't exactly say that the prehistorical life of Fred and Barney were realistic renditions of the challenges people faced in those times.

This article also appeared in print, under the headline “Life in the Neighborhood,” in the March 5, 2018, issue.

Matt Malone, S.J., is the President and Editor in Chief of America Media. Follow him on twitter: @americaeditor.