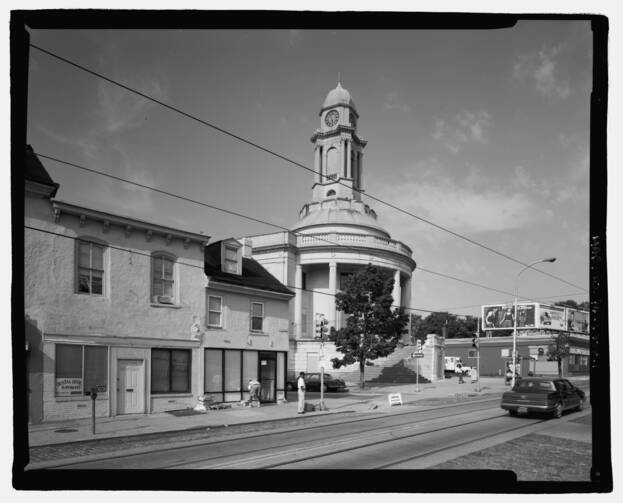 Although outsiders to Philadelphia might be unfamiliar with it, Germantown Avenue is one of the birthplaces of American religious freedom. Founded by German immigrants in 1688 under a charter by William Penn, the neighborhood around the avenue has been a site of worship for wave after wave of immigrants embracing Penn’s “Holy Experiment” of religious tolerance. Throughout its three-hundred-year history, German and English Protestants, Italian and Polish Catholics, Southern blacks, Latinos/as, and Muslims from all over the world have founded and joined houses of worship along Germantown Avenue. Today it runs eight and a half miles through Philadelphia, and connects some of its wealthiest neighborhoods to some of its poorest.

Faith on the Avenueby Katie Day

Katie Day, a professor of Church and Society at Lutheran Theological Seminary in Philadelphia, became fascinated with the avenue because of its “living, moving, changing ecology.” In her recent study Faith on the Avenue: Religion on a City Street, Day and a team of her students have studied the 83 congregations that worship on the avenue through attendance at services and events, conversations with members, and countless surveys. With impressive attention, humility and perspicacity, Day and her team have created a scholarly but textured and insightful look into the diversity of religious life in the city.

At the outset of the book, Day observes that places of worship are rarely given attention as part of a community, influencing and being influenced by its surrounding neighborhood. On the one hand, she writes, place matters: “The prayers, sermons, programs, and worldviews of congregations are not immune to their physical contexts. In fact, they are greatly impacted by what is going on in both their immediate and wider worlds.” And on the other hand, faith matters: most people “assume that religion is stable beliefs that are transferable and immune to context,” but the way a congregation enacts its faith changes its surroundings. Day writes that they “participate in creating and maintaining the physical space and the local economy. They can also convey meaning and a sense of sacredness to the otherwise secular street culture. They bind wounds and speak out against those who caused them.”

Congregational life fulfills many needs: spiritual, social, economic, cultural and physical. Places of worship that integrate these are the most successful.

One of Day’s key observations is that “communities of faith with more rigid boundaries between sacred and secular are less likely to thrive” and negotiate the changes on a dynamic city street. While it is often thought that religious belief is static and preordained by denomination or belief, Day’s work demonstrates that this is far from the truth. Congregational life fulfills many needs: spiritual, social, economic, cultural and physical. Places of worship that integrate these are the most successful. She highlights congregations such as Jesus Is the Way run by Pastor Jackie Morrow. Pastor Jackie allows the needs of the community to influence the way the church ministers. In her particular community, where food insecurity is prevalent and public education is incomplete, Jesus Is the Way provides supplementary math and technology classes for schoolchildren, and maintains a stock of food supplies. Other congregations along the avenue observe a need for addiction counseling, job preparation or suicide prevention, and minister accordingly. Sermons and prayers frequently touch on these issues.

Places of worship, in turn, affect their community by providing these services: meeting immediate needs for food and supplies, assisting in finding jobs, keeping people out of prison and safe from addiction and teaching leadership and social skills. Congregations on Germantown Avenue also affect the character of neighborhoods themselves. Day writes that congregations often hire local workers, supporting nearby businesses and fostering neighborhood relationships. Even neighborhood real estate is affected. “Well-maintained houses of worship, however humble or grand, can anchor a commercial district and attract businesses.”

Day laments that despite these tangible effects that places of worship have on communities, they are often “invisible” to urban planners; indeed, in 2010 the city of Philadelphia began a strategic planning process for economic development in the Fairhill neighborhood, and neglected to consider or contact any congregations in the area. One of Day’s goals in directing this book to civic institutions is to make the case for the vital role that places of worship can and do play in the ecology of a city.

Much of the analysis of these findings is excellent, but occasionally it slips into platitudes. At one point, Day ponders the “pluralistic faithscape” of the avenue, and that differences in theology and ritual pale in comparison to “building connections across social boundaries to work for a common good.” She discusses a repurposing of an old Quaker cemetery and ponders that some might fight it disrespectful, but that it’s “more likely that old inhabitants would be fine with changes made.” Rather than an astute historical or sociological point, this is merely the opinion of Day, a liberal Protestant of the twenty-first century, who might forget that people rightly hold fast to their pesky theological differences, and that coming together “to work for a common good” can just as often cause strife as cooperation.

Overall, Faith on the Avenue is an excellent study that not only offers a deep look into a particular city street, but shapes a new way of thinking about the way congregations interact with their surroundings. One of Day’s hopes is “that congregations from a variety of religious traditions might see themselves in this book…In finding their story in these stories, they could develop a more realistic sense of who they are, and could be, as neighbors on a city street and citizens of the world.” This book is a useful tool for pursuing a worthy goal.

This article also appeared in print, under the headline “America's Holy Experiment,” in the April 30, 2018, issue. 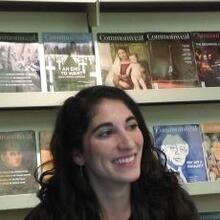 Regina Munch is an assistant editor at Commonweal.