Looking back on a revolutionary year: 1968 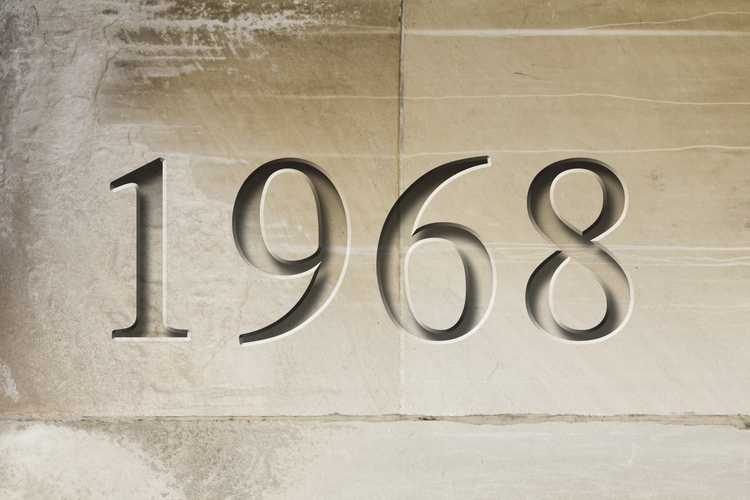 Lawrence O’Donnell has written a book that even his television colleague Chris Matthews—as well as political junkies everywhere—will love. Playing With Fire has the stuff that television miniseries of yore were made of: larger-than-life figures, social mayhem, political chaos and a foreign war, with unequal parts idealism and chicanery thrown in. It is the narrative of a presidential campaign unlike any other: 1968. Just the mention of that year is enough to evoke a swirl of emotions in people who lived through those days. They will live it all over again through the pages of this book.

O’Donnell, host of MSNBC’s The Last Word, is the master of his material. He keeps the reader in thrall through each and every page, eager to race to the end, even though we all know how it ended. He wraps it up nicely with an epilogue on the aftermath: what happened not only to the key players in this drama, but how it affected—and still affects—the America we now live in, including his own family. The “backstory” of 1968—with previously unknown facts and not a few revelations—puts the events of that time in a new light and offers reminders of what we have endured in the most recent presidential election.

O’Donnell’s book is a searing examination of our political system and how it operates.

Readers will be enlightened and shocked by what they read, as well they should be, as O’Donnell’s book is a searing examination of our political system and how it operates. It is the tale of what was supposed to be Lyndon Johnson’s year and ended up being Richard Nixon’s. In between, the dramatis personae of American politics of 1968 all take the stage—those who possessed power, those without power and those who sought to obtain power all crowd these pages, from LBJ to RFK to Eugene McCarthy, Allard Lowenstein, Martin Luther King Jr., George McGovern, Abraham Ribicoff, Chicago’s Mayor Richard Daley, Hubert Humphrey and Teddy Kennedy on the Democratic side, to RN (as Richard Nixon liked to style himself) and a posse of governors (Nelson Rockefeller, George Romney and the new conservative darling, Ronald Reagan), as well as the last liberal ever to stand at a Republican convention, New York’s mayor (and to some, the GOP’s dream version of JFK) John V. Lindsay, for the Republicans.

Watergate, S.J.: Three Jesuits and the downfall of a president
Raymond A. Schroth, S.J.

Also emerging was a very unknown—and very unlikely—Maryland governor of Greek heritage, Spiro Agnew, who wanted to be a “kingmaker” but ended up being the cause of a laugh track of a last-minute Democratic campaign commercial; he had the last laugh when he became the bottom half of the Republican ticket—and won. Throw in the Yippies, the hippies, the “Clean for Gene” kids, the establishment, the old pols and the new ones, as well as a befuddled electorate, and there you have the year that was 1968.

The Yippies, the hippies, the “Clean for Gene” kids, the establishment, the old pols and the new ones, as well as a befuddled electorate: there you have the year that was 1968.

Readers will come away from this book with strong impressions and many questions about the two presidential candidates of 1968, Eugene McCarthy and Richard Nixon. One, considered “lazy” and a dreamy poet, left a Senate hearing angry and through his actions alone upended his political party as well as himself. The other, a longtime political partisan, let a lust for power and revenge get the better of him, to the point where even collusion became a vehicle for him to obtain that prize which he had always craved—and through further pernicious actions, eventually lost.

A combination of a Shakespearean drama and Greek tragedy, this is the story of two men who played with fire and who both got burned. It is also the story of a country that got singed as a result.

Sohrab Ahmari makes the case for traditionalist Catholicism
There is much within Sohrab Ahmari's new book that can and should speak to all Catholics, traditionalist or otherwise. More troubling from a Catholic perspective are Ahmari’s chapters on politics and on sex.
Gregory HillisJune 04, 2021

What an Italian Jesuit (and Georgetown’s ‘second founder’) thought about democracy and religious freedom in America
A Jesuit and an Italian, Giovanni Grassi, S.J., undertook a project to explain the United States to other Italians in 1818.
Michael E. EnghMay 28, 2021

Review: Jewish leaders see providence in Christianity, too.
The decades since the Second Vatican Council and the declaration "Nostra Aetate" have seen much fruit in the form of Jewish-Christian collaboration and dialogue.
Drew ChristiansenMay 20, 2021