‘Me Before You’ and ‘Breathe’ offer divergent messages about the value of human life. 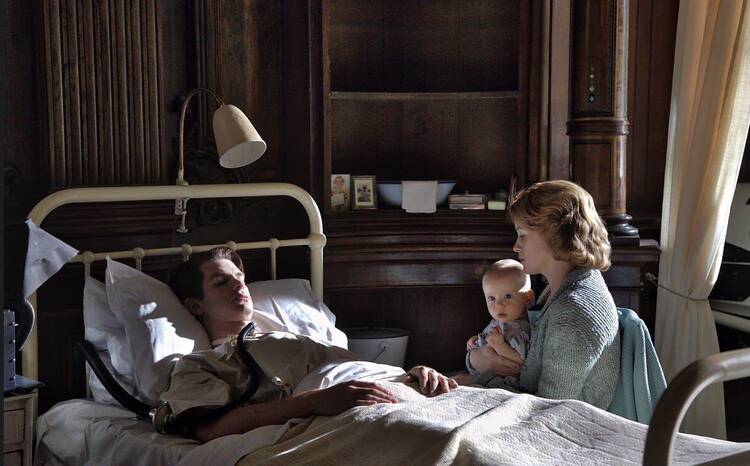 Andrew Garfield and Claire Foy in "Breathe" (image via IMDb)

A successful and handsome man in the prime of life becomes paralyzed from the neck down. In his despair he wishes for death, but the beautiful woman who loves him refuses to let him give up without a fight. This description could fit either “Me Before You” (2016), based on the bestselling book of the same title, or “Breathe,” Andy Serkis’s directorial debut starring Andrew Garfield and Claire Foy, just released in theaters.

But despite the similarities, the two films share divergent messages about the value of human life. “Me Before You” was (rightly) criticized by the disabled community for glorifying euthanasia and dismissing the truth that there is value to every human life. In the film, Will Traynor, a wealthy man with a caring family and a devoted girlfriend, chooses death.

“Breathe,” on the other hand, is based on the true story of Robin Cavendish who, through his wife Diana’s love and tenacity, finds meaning in life despite being paralyzed from the neck down after contracting polio. “Breathe” does not make the mistake of romanticizing the Cavendishes’ experience or glossing over suffering, but it reveals that through devoted love and the commitment to honor the dignity of the human person, joy and fulfillment are possible.

While neither film lines up with church doctrine forbidding euthanasia, “Breathe” emphasizes the gift of life. When Robin (Andrew Garfield) falls ill a few weeks before the birth of his first child, his feelings of despair and imprisonment in hospital life leave him pleading for death.

“I wanted to die, but my wife told me I had to live,” he later explains. Diana (Claire Foy) insists that he is necessary and irreplaceable to her and their newborn child—not because he can care for his family in the way he envisioned, but because he has value that cannot be diminished by his medical condition.

Instead of giving way to Robin’s understandable depression or acquiescing to the unanimous medical advice that Robin remain in hospital for life, Diana courageously begins a quest to improve Robin’s quality of life. She begins with breaking him out of the hospital ward to care for him at home—a setup that had never been attempted for someone with Robin’s degree of paralysis.

As their friends rally around them, Diana and Robin work side-by-side with inventor Teddy Hall (Hugh Bonneville) to create a wheelchair with a mobile respirator that allows Robin to leave his bed and join his friends and family in the sunshine of his lawn or even for international travel.

“Breathe” reminds us of the Christian truth that we are not our own.

Diana sees Robin as a whole human being comprised of body and soul while the doctor in charge of his ward viewed him merely as a broken body. Again and again the Cavendishes must battle to help Robin not “just survive” but “truly live.” The magnitude of what they achieve is evident when they visit a hospital for the severely disabled in Germany. While maintaining life with state-of-the-art technology, the facility has chillingly stripped its patients of their personhood. Diana pushes Robin through a white, sterile room of patients stacked in coffin-like iron lungs, their faces all pointing toward the ceiling, while men in lab coats make notes but never converse with them.

While intended to be a place protecting life, the facility is an example of the medical community’s failure to see each patient as a whole human person. Diana and Robin make it their mission to advocate for people with disabilities and to “open the gates and set them free.” While “Me Before You” shows Will Traynor focus, inwardly, on his own suffering, Diana’s love helps Robin turn outward. Their work and Teddy Hall’s invention brings thousands of people out of permanent hospital care to experience life in the world.

“Breathe” reminds us of the Christian truth that we are not our own. We belong to God and, as Diana Cavendish showed her husband, to other people. Saint Mother Teresa of Calcutta urged that “if we have no peace, it is because we have forgotten that we belong to each other.” Diana does not let Robin forget this. “Your life is my life,” she tells him when he has further complications from decades on a respirator and begins contemplating euthanasia.

For a story that hinges upon choosing life, it is heartbreaking to learn that in his later years Robin Cavendish does choose to end his own life (with permission but against the wishes of Diana). But as the film’s producer Jonathan Cavendish (Robin and Diana’s son) notes at the film’s end, “Breathe” is a tribute to the gift of life that allowed him to know his father. “Breathe” reminds us of what wonders are possible if we acknowledge that we belong to each other, that every human life is valuable and worthy of dignity and that love can carry us into the light when we have lost all hope.