Report: Movie on historic papal election to debut on Netflix 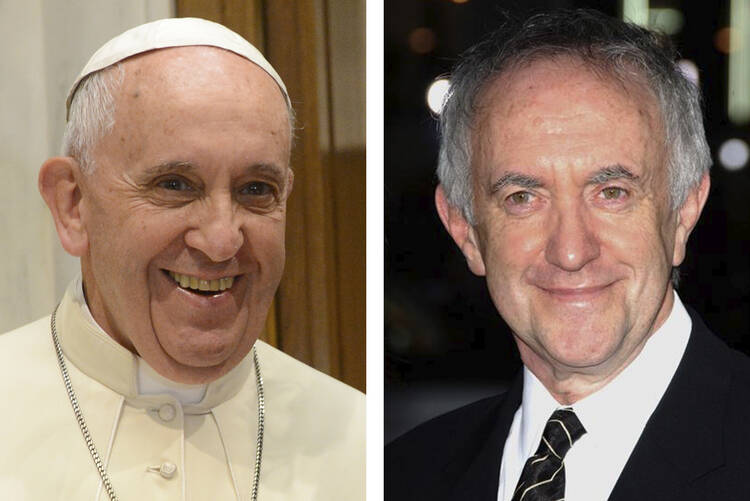 Pope Francis will be played by actor Johnathan Pryce (right), best known for Game of Thrones, in an upcoming Netflix film.

VATICAN CITY (CNS) -- The resignation of Pope Benedict XVI and subsequent election of Pope Francis will be the subject of a new film set to debut on Netflix.

According to a Sept. 6 report by entertainment news website Deadline, the film will star Jonathan Pryce as Pope Francis and Anthony Hopkins as Pope Benedict XVI.

Titled "The Pope," the movie will depict events beginning with Pope Benedict's election and resignation, which led to the election of Cardinal Jorge Mario Bergoglio as the Catholic Church's first non-European pope in almost 1,300 years.

An accomplished actor, Pryce recently received critical acclaim for his role as the High Sparrow in the sixth season of HBO's "Game of Thrones." His appearance on the show as the leader of a fictional faith movement drew comparisons to Pope Francis, as they share similar facial attributes.

Deadline also reported that the film will be directed by Fernando Meirelles, who was nominated in 2004 for the Academy Award for Best Director for his film "City of God."

Production on "The Pope" will begin in November.