The Jew, Catholic and Midwestern Christian behind ‘A Charlie Brown Christmas’ 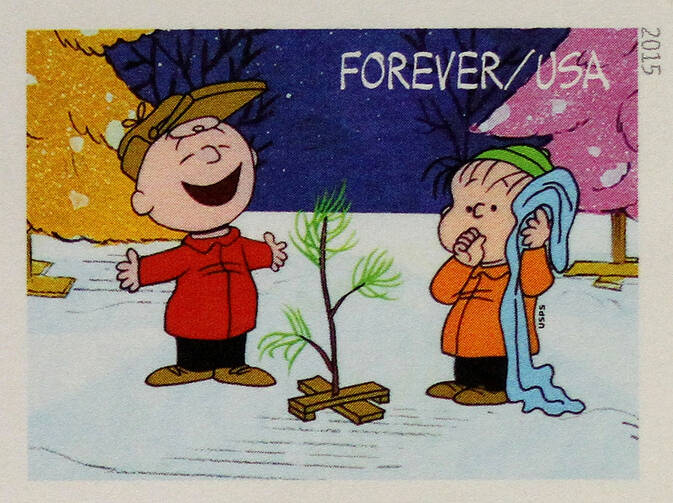 Earlier this month I wrote about the origins and unexpected success of “A Charlie Brown Christmas,” which over 50 years after its creation remains one of the popular television programs of the holiday season.

As is often the case when you’re digging into backstories, many great details ended up being left out. But there was one set of details I haven’t been able to let go of, because they just seem so relevant today.

When we think of Charlie Brown we think of course of Charles Schulz, and the wry, melancholic Midwestern Christian sensibility that informed his work. “Peanuts” may have universal appeal, but it was also clearly the work of a deeply reflective Christian. In fact, according to a wonderful piece on the spirituality of Peanuts in the Atlantic, more than 560 of his strips included some sort of religious reference. (In contrast, the Atlantic counts only 61 strips where Lucy pulls away the football.)

“I preach in these cartoons,” Schulz once said about his work, “and I reserve the same rights to say what I want to say as the minister at the pulpit.” After his death Schulz’ wife, Jean, talked about how offended Schulz was by readers who criticized him for being religious. “I think he probably felt that the bible verses aren’t just for church. They’re not for the priesthood; they’re for everyone.”

Charlie Brown and his football: a story of Christian hope
Terrance Klein
In the later years of his life Schulz also criticized what he called “those shallow religious comics” like “Dennis the Menace” praying “about some cutesy thing that he’d done during the day,” or the many references in “Family Circus” to Jesus. Said Schulz, “I can’t stand that. You could get diabetes reading them, couldn’t you?”

But “A Charlie Brown Christmas” and the dozens of Peanuts cartoons that have followed were also the product of a Jewish producer from San Francisco and a Mexican-American Catholic whose mother brought him across the border in the 1920s.

Lee Mendelson was a documentary filmmaker who had completed a much-praised film on Willie Mays for NBC when, as he remembered in 1997, “the idea of following my first special about the world’s ‘greatest’ [baseball player] with a program about the world’s ‘worst’ just popped into my mind.” And so with Schulz’s blessing he created “A Boy Named Charlie Brown.”

While he searched for a network to air his new film, he and Schulz were approached by the McCann Erickson advertising agency about whether Schulz might be willing to create something for the holidays for Coca-Cola.

The role of producer is often imagined as the “money guy” who brings together the funds and talent to make a project work. But Mendelson was much more than that. He and Schulz brainstormed about the story for “A Charlie Brown Christmas” together. In fact it was Mendelson mentioning he had recently read Hans Christian Andersen’s “The Fir Tree” that led Schulz to dream up the cartoon’s central idea of a broken-down little Christmas tree.

Mendelson also brought in jazz composer Vince Guaraldi, whose iconic work on “A Charlie Brown Christmas” gave the cartoon its uniquely meditative, melancholy tone. And when they couldn’t find satisfying lyrics for Guaraldi’s lovely instrumental piece “Christmas Time is Here,” Mendelson even ended up writing the lyrics himself.

Head animator Bill Melendez was born in Hermosillo, capitol of the state of Sonora, Mexico, about 180 miles south of Nogales, Ariz. His father was a military man who wanted his son named Cuauhtémoc, after the last Aztec emperor. His parish priest refused, saying “That’s a heathen name.” He was christened José Cuauhtémoc instead. (“Bill” actually came much later, Melendez later recounted. His first work as an animator was with Walt Disney, animating on major films like “Fantasia,” “Bambi” and “Pinocchio.” Other animators complained that his name was so long, “it’s going to hog all the credits.” So they just decided to call him Bill instead.)

Melendez came to the United States as a child in the 1920s, when his mother decided it would be good for him and his siblings to learn English. It’s unclear whether she had any official paperwork; one animator who knew Melendez well thought it unlikely. He recalled Melendez telling stories of suddenly being made a citizen by the U.S. government when he was drafted.

Melendez met Schulz while he was working as an animator for United Productions of America, where he had produced thousands of successful advertisement campaigns. Ford Motors was in talks to use “Peanuts” in an advertisement for the Ford Falcon. It was the first time “Peanuts” was going to exist beyond the printed page, and Schulz insisted on auditioning all candidates. “The creator of Peanuts doesn’t want to let New Yorkers or Hollywood types get their hands into his thing and change it.” Melendez was told.

Impressed with Melendez’s background at Disney, and since the flatness of the art produced by UPA was similar to Schulz’ own aesthetic, Melendez became the only animator Schulz trusted with his work for the rest of his life. Most of what we’ve come to know and love as the Charlie Brown cartoons is a product of their collaboration.

Like Mendelson, Melendez’s impact extended into even more surprising realms. Schultz insisted that Snoopy not speak, yet they knew they needed to come up with some sort of “voice” for him. So Melendez started playing around with audio of himself laughing, sobbing, howling. Eventually they settled on a version in which those sounds were sped up. The idea was then to hire a professional voice person to do the work, but the time in which they had to produce “A Charlie Brown Christmas” was so incredibly tight they just ended up keeping Melendez’ version.

Melendez was the voice of Snoopy from that point on. Later he would voice Woodstock as well. And in 1989, whether coincidentally or intentionally, when Schulz drew Snoopy’s father Baxter for the first and only time, he resembled Melendez, with the same thick bushy mustache.

We seem to be entering a time in which there is great skepticism about the American project, and more generally about the wisdom or even value of entrusting ourselves and our countries to people who are different from us, who are not from “here.”

Charlie Brown and his football: a story of Christian hope
Terrance Klein
At the same time, this year people from all over will curl up with their families and their hot chocolates and savor the quiet beauty of “A Charlie Brown Christmas,” which embodies that belief that many of us are calling into question, namely that whether because of geography, religion, ethnicity or even legal status, we have the capacity to work together and create something special and lasting.

I don’t mean to take a Christmas classic and turn into some kind of instrument for polemic. If you want to see what that looks like, try googling “Charlie Brown political meme.” In a word: Yeesh.

But it strikes me that it’s no coincidence that the ending of “A Charlie Brown Christmas” involves the greater Peanuts community casting aside their cynicism and posturing and discovering in working together not only their capacity for kindness but the miracles they can accomplish. That’s exactly what Schulz, Mendelson, Melendez, Guaraldi and many others did to create this meaningful piece of work.

And once more I recall the final words of Linus, the great blanket-clinging, Buddha-like font of wisdom: “It’s not bad at all, really. Maybe it just needs a little love.”

Jim McDermott, S.J., studied literature at Marquette and Harvard University and Old Testament and Liturgy at the Weston Jesuit School of Theology. For the last three years he's worked as a freelance TV writer, most recently on the staff of the TV show "Preacher."

@PopCulturPriest
Show Comments (
2
)
Comments are automatically closed two weeks after an article's initial publication. See our comments policy for more.
RICHARD DUBIEL
5 years 7 months ago
In 1964 Robert L. Short wrote "The Gospel According to 'Peanuts,'" (John Knox Press, 1964). Short at that time was attending the Divinity School of the University of Chicago. He was enrolled in their then Theology and Literature program. The book was described on the back of the jacket as "a modern-day handbook of the Christian faith, illustrated with 'Peanuts.'" Rich Dubiel Stevens Point, WI
Beth Cioffoletti
5 years 7 months ago
I'm delighted to know these details. A real Christmas story in itself. Thanks.