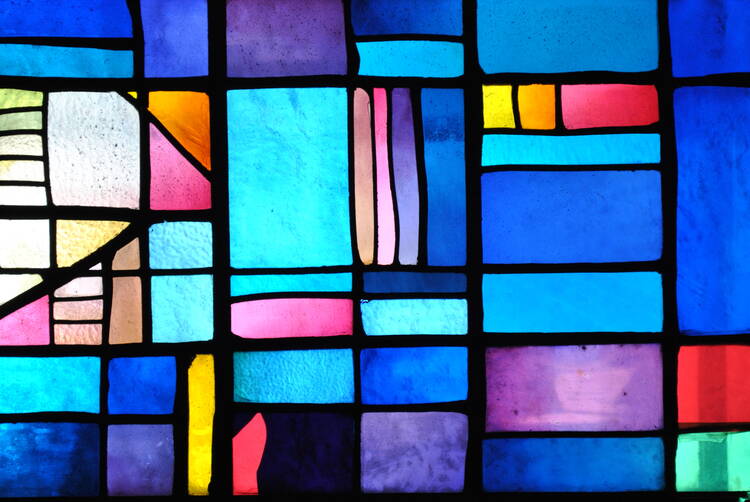 In the years following World War II and continuing after the Second Vatican Council, to be an American Catholic novelist often meant to be lapsed. The modifier was so ubiquitous that it was unspoken. Save for Ron Hansen, Alice McDermott, Gene Wolfe and a handful of others, lost belief remains a prerequisite in contemporary literary Catholicism. What remains of the faith is made secular, in the service of art: appreciation of ritual and the aesthetics of the Mass, acceptance of paradox and repurposed biblical narratives. Belief is something to recover from, to react against. Sorrow’s Rigging, Gary Adelman’s recent study of three such novelists, operates under this assumption. Cormac McCarthy, Don DeLillo and Robert Stone fit the bill. Baptized and raised Catholic, they have become “renegade[s].” Now, as former Catholics, they are not quite literary atheists, but their agnosticism is complete, and their characters feel the profound absence of God.

All three novelists received Catholic educations, with DeLillo’s continuing to Fordham University. Stone’s Catholicism is representative of the group. He stopped practicing as a teenager, happy to be “liberated,” but soon realized that faith was “not something you get out from under.” God’s absence left an “enormous empty space.” As the critic Paul Giles notes, Stone’s characters long for faith, from “lunchtime rosaries at Catholic school” to the reverent unbelief of John Converse in Dog Soldiers (1974), who is not able to light a candle at the foot of a saintly image. To do so would disrespect the icon. Stone, whose writing room was decorated with Spanish religious art, retains an aesthetic interest in Catholicism.

McCarthy’s Irish Catholicism was an identifying trait during his childhood in Knoxville; his brother spent years in a Jesuit seminary but left before ordination. Much like Flannery O’Connor, McCarthy was surrounded by evangelical caricatures of his family’s faith, and that dissonance is reflected in his pulpy and visceral fictional iconography. Bryan Giemza reaches a smart conclusion: McCarthy’s Catholicism is revealed in “literally liturgical” prose, in a “fascination with the mystery of evil,” all delivered in a “heretical interrogation” of the religion. That McCarthy is less sacramental than eschatological does not negate his Catholic background. DeLillo’s Catholic allusions range from the ecstatic nuns in Underworld (1997) to the ascetics in End Zone (1972), a metafictional satire about college football influenced by the philosophy of the Jesuit priest Pierre Teilhard de Chardin. One character in White Noise (1985) summarizes this cadre of novelists: “Hell is when no one believes.”

Adelman’s volume begins with McCarthy. He is wary of the writer’s more recent, popular novels, No Country for Old Men (2005) and The Road (2006), claiming that McCarthy has resorted to sentimental, “Sunday school” “Christian parable,” a move that “feels like capitulation.” Adelman prefers McCarthy’s earlier work, including Suttree (1979) and Blood Meridian (1985). The two books exemplify his thesis that humanity is afraid of divine retribution but still resorts to violence instead of grace. Adelman disagrees with critical claims that the titular character Cornelius Suttree is “callous”; he finds the character “a guilty man thirsting for redemption in a Pauline world without God.” He sees no potential for grace in the 19th century-set Blood Meridian, a story about a 14-year-old Tennessee runaway named “the kid,” who joins a gang of scalp hunters at the Mexico border. The killers operate in the shadow of an absent God; the closest omnipotent force, Judge Holden, is nearly satanic in his methods. Adelman dismisses The Road because of the possibility of hope offered in its conclusion, calling it a work devoid of the “creative tension” between “longing and squelching that longing.”

He connects McCarthy to DeLillo, another writer whose novels “murder hope.” “The end is programmed” in DeLillo’s fiction, and “nobody is saved.” His characters “live in terror of payment due,” dumping doctrine but retaining fear. He says the author’s “Catholic upbringing is to be found in what seems the punishing exactitude he insists his art demands of him.” Yet Adelman pauses there, and even readers not particular to biographical criticism will wish that Adelman would dig deeper.

Amy Hungerford and Thomas LeClair have considered how the linguistic, ritualistic and performative components of DeLillo’s childhood Catholicism have translated into his narrative style and aesthetic. Adelman appears to want to use DeLillo’s Catholicism as an anecdotal starting point rather than a critical focus. He opts instead to summarize DeLillo’s novels in wry prose, but without firm conclusions beyond his initial pronouncements. There is no need for Adelman to take such a zero-sum approach. The nuance of much postconciliar Catholic literature and thought is observing how aggiornamento is a continuous process, cycled through each generation, reconsidered for each writer’s idiosyncratic vision.

Adelman’s treatment of Stone is more open-ended and is his most successful inquiry. Stone “doesn’t believe in miracles, but all seven of his novels fight outward...to bathe in light.” He joins the other novelists in only giving “hint[s] of the transcendent,” and whose inability to personally believe is a form of “self-punishment.” At least Stone offers the “illusion of hope” at select moments in two novels, A Flag for Sunrise (1981) and Children of Light (1986), in which the female protagonist Lu Anne Verger becomes an ethereal symbol of grace for other characters. Yet as he does with McCarthy and DeLillo, Adelman undermines Stone’s brief moments of grace, noting that any “trace of mockery or black mass...expresses author Stone’s alarm at his own seriousness about religion.”

That criticism might be applied to the book as a whole; Adelman’s preferred mode is parody or grand narratives where God is dead. Selections from all three novelists dramatize that preference but raise a simple question: Why choose Catholicism to connect these writers? Adelman attempts a synthesis in his concluding chapter: “The attraction of postmodernism for these renegade Catholics is to know the ‘truth’ and to curse the absent God they want to love. There are no grand narratives.”

With the absence of justified seriousness about religion, “all you can do is write.” So postmodern literature is acceptable, but not postmodern criticism? Adelman’s framing of the prior critical reactions to these novelists is reflected in his own soft gathering of them. At the end of Sorrow’s Rigging, the reader is thankful for continued attention to these worthy novelists, but unclear why they were offered in this manner without deeper consideration of their Catholic genesis.

Silence on that question might imply its answer. For some writers, Catholicism is neither crutch nor consolation; it is a beautiful story they wish were true.

This article also appeared in print, under the headline “Shards of Faith,” in the December 9-16, 2013, issue.

Nick Ripatrazone is a teacher and the author of six books.