Michael Novak has lived a richly rewarding public life. He tells us so in this account of his “journey from liberal to conservative.” He was accompanied in this journey, to his satisfaction, by a lot of people. “This is not just my story,” he tell us, “but the story of hundreds of thousands, even millions.” From his Slovak-American Catholic family, Novak journeyed across the world and finally stood with his good friends Ronald Reagan and Margaret Thatcher as they faced down the dark forces of the left. He was at international tables in the fight for human rights as the cold war came to a victorious conclusion. And he joined his “dearest and deepest friend,” Pope John Paul II, as he helped bring that victory about. “Of all the great human beings I have met,” Novak says, “none is closer to my heart” or “better represents my dreams than John Paul II.” The book ends as Novak joins his voice to “the great roar of the throng” shouting “declare him a saint soon.”

Michael Novak’s autobiography is another remarkable American success story. He insists that this journey is about his public, not his personal life, but he never lets us forget his hard-scrabble working class origins. His self-making through the hard work of study and civic engagement is no story of a lonely pioneer. Novak’s story includes innumerable friends he loved and learned from: the theologian Robert McAfee Brown and the “saintly” Sargent Shriver in his liberal days, the neoconservative leader Irving Kristol and prime ministers, presidents and popes who asked for his help. Coming out of 12 years in Catholic seminaries, then coming out again from what he now regards as the much more closed world of American academic life, Novak finally worked his way into the very center of contemporary history.

Without question, Michael Novak has lived close to some of the centers of recent history. He awakened to the rich fabric of Catholicism at the Second Vatican Council, about which he wrote a fine book. With his students at Stanford he challenged the Vietnam War, then reported on that war on the ground. Later the accommodation of “crazy, rebellious anarchic” student behavior by his fellow professors at New York’s experimental college at Old Westbury exposed for him the folly of “deep leftist principles.” In the 1972 presidential campaign he witnessed the alienation of working class Catholics from the liberal wing of the Democratic Party. Publication of The Rise of the Unmeltable Ethnics that year was his “declaration of independence” from the “cultural left.”

Ahead of history’s curve, Novak tells us, he was “becoming a neoconservative before that at first tiny movement was named.” The overall shift to the right in American life opened unsought roads to power. Important people read his books and some invited him to go over their speeches (or in the pope’s case, encyclicals). He had worked for the election of Bobby Kennedy, George McGovern and Sargent Shriver, even Jimmy Carter, but he was ready when Ronald Reagan came along. “I loved the Reagan presidency,” he tells us, for it brought “twenty five years of the greatest prosperity ever experienced in human history.” And, of course, Novak was there as Reagan won the cold war. That’s success.

Novak’s best idea is what he calls “democratic capitalism.” Experience convinced him that socialism and its American expression, “statism,” always fails “when it runs out of other people’s money.” By what he describes as rigorous study, he found that capitalism, when given a chance, almost always delivers on its promises. Democratic socialism is a contradiction in terms, but democratic capitalism is truthful because democracy and free markets need each other. Novak’s celebration of “democratic capitalism” proved enormously attractive to political leaders determined to free capital from what they regarded as unfair restrictions. Some, like Vaclav Havel, another of Novak’s famous friends, led people long denied economic opportunities. But his argument also resonated with new friends in corporate boardrooms who oddly believed that they too had been denied a fair shake by the reigning powers of the left. Mrs. Thatcher was shaking off unions and regulations when she showed Novak her well-marked copy of his book.

What made Novak’s version of democratic capitalism so attractive was his moral gloss. Free markets are essential, as he sees it, to the production of wealth, which alone can make possible the alleviation of poverty. That means that easing the burdens of government regulation and strengthening incentives by reducing taxes, especially capital gains taxes, is not only in the public interest but, in Novak’s formulation, turns into practical policy Gospel mandates about helping poor people. Novak wisely left a little space for government oversight, drew attention to the importance of civil society and insisted that culture and ideas make a difference. This argument about ideas was similar to that made more famously by Lewis Powell, which led to many fruitful projects to move American ideas to the right. In that move Novak found a home as resident theologian at the American Enterprise Institute.

Critics will find a lot to not love in Novak’s work. Markets are rarely free; money and the power it brings can distort markets and run roughshod over civil society. And the creative capitalism policies he celebrates are hardly democratic. They widen gaps between rich and poor and place financial and corporate powers beyond public accountability. Novak continually accuses the left of “statism,” but the fortunes of more than a few of his new friends depend heavily on public investment, subsidies and guarantees.

Novak’s political assignment with conservatives was Catholic public opinion. So he worked hard to undercut the U.S. bishops as they wrote pastoral messages on nuclear arms and the economy in the 1980s. He thinks Reagan’s economic and cold war successes vindicated his positions. Indeed, cold war triumphalism informs Michael Novak’s entire success story. Like other neoconservatives, Novak worried that opposition to the Vietnam War might weaken American cold war resolve, so he welcomed President Reagan’s energetic support of increased spending on arms and initiation of anti-missile defense. Like Reagan, Novak had no problem arguing that the same government that could do little good at home should be armed to the teeth when it pursues national interests abroad. Nuclear deterrence may have worried popes and bishops, but for Novak it was “the most successful military weapons system ever.”

Many neoconservatives worried about excessive caution after Vietnam, but Novak and his friends welcomed, without a touch of anxiety, America’s emergence as the world’s one great superpower. And nothing that has happened since has dampened their enthusiasm for the war-making road to peace. He honestly describes his “great struggle of conscience,” when he felt compelled to disagree with Pope John Paul II on the Iraq War, which Novak supported and still defends.

There are many points on which Novak might have helped Americans and American Catholics better negotiate the shifts to the right in American life. He was correct to insist with the liberation theologians he so unfairly criticized that economics, politics and culture constitute a fabric that must be rewoven, whether the purpose is to liberate the poor or encourage the rich. But somewhere along the way Novak lost his early passion for grass roots democracy. Instead, his journey led him to increasing accommodation to prevailing powers, providing for his new friends what he admits were “rhetorical strategies” for shaping culture in politically useful ways. He tells us he wanted to provide “realistic resistance to utopianism,” but he may have helped discredit important democratic ideals. And he wanted “to unmask the pretensions of elites,” which he did, but on behalf of other elites, this time political elites enamored with national greatness amid multiple signs of decline. Dependence on powerful patrons is a very long way from the realism of Catholic ethics. It almost always tricks smart people into thinking they, not just their patrons, are making history, and it has nothing to do with anything authentically democratic.

Success stories are always self-help manuals: go and do likewise. From Novak one might learn one way to be a public intellectual, but the reader’s own journey might seek a worthier American dream.

This article also appeared in print, under the headline “Novak’s Travels,” in the December 9-16, 2013, issue. 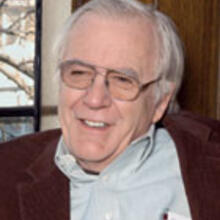 David O’Brien is professor emeritus of history at the College of Holy Cross, in Worcester, Mass.