Why Roald Dahl’s tales are as relevant as ever 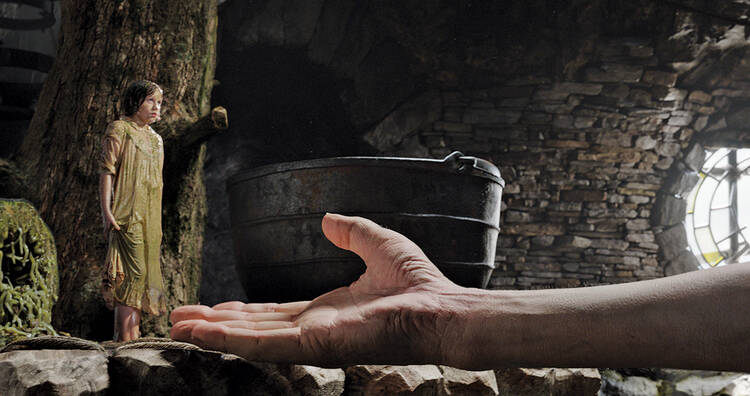 Over his decades-long career, the author Roald Dahl penned 19 books for children, including James and the Giant Peach, Matilda, Charlie and the Chocolate Factory and Fantastic Mr. Fox. His wild, dark and fantastical stories told us the truth about life while still making us want to laugh and bounce on the bed. Children were his main characters, the heroes and heroines of his books. He valued, precisely as children, our cleverness, imagination, sense of humor and ability to endure; and so, importantly, he didn’t leave out the awful bits about death and suffering.

This Sept. 13 marks the 100th anniversary of Dahl’s birth, and a film version of The BFG, directed by Steven Spielberg, was released on July 1. His stories acknowledge that evil exists, but also that it can be undone. He is famous for his heroes and villains whose clever names identify them: Miss Honey versus Miss Trunchbull (Matilda); James Henry Trotter versus Aunt Sponge and Aunt Spiker (James and the Giant Peach); Fantastic Mr. Fox versus Bogis, Bunce and Bean; the Big Friendly Giant versus Bonecruncher (The BFG); Charlie Bucket versus Mike Teavee (Charlie and the Chocolate Factory).

His stories tell children about the harsh realities of life, just as fables, Bible stories and the lives of the saints do, but they also acknowledge that good has the power to overcome evil. Dahl seems to say, along with the American theologian Frederick Buechner, “Here is the world. Beautiful and terrible things will happen. Don’t be afraid.” Or as Dahl put it in Matilda, “If you are good life is good,” even if it isn’t easy.

Like J. K. Rowling’s Harry Potter series or the Brothers Grimm fairy tales, Dahl’s books have often been banned from school libraries by parents and educators who think they are inappropriate or too scary for kids. (Remember Oompa-Loompas taken from their homeland to work in a factory, or people-eating giants in The BFG.) And yet most children are grappling with more than we know. They have not yet mastered turning their expressions into masks in order to disguise their true emotions. Nor have they become numb to the silliness, the tragedy or the glory of it all.

My young children scream and laugh when someone makes a funny noise or startles them, and they sob when something breaks their heart. They do this not only in response to small things, like the pranks and pratfalls Dahl so aptly describes in his books, but also in response to the big things.

I once discovered my 4-year-old in tears at the breakfast table. When I asked him what was wrong, he said he had just realized that all of the members of his family would not die on the same day—that he could  be left alone. “Daddy and I won’t die for a long, long time,” I said. But it was no use. He was right. It was horrible, the thought of ever parting, so we just sat there pushing around our oatmeal for a while, my hand on his back.

Another day he tried his hand at dark humor, likely as a way to deal with his fear, “When I am old you’ll be dead” he sang to me at the park. “That’s not very nice,” I said. “But it’s true,” he replied.

When I read him Dahl’s books, I changed nothing but the occasional insult. (Dahl was Welsh and apparently a fan of calling someone an “ass,” which I’m sure plays differently on British ears but probably wouldn’t go over well at my son’s preschool.) Of course, he was in heaven, asking questions, looking at the illustrations and trying to guess what would happen next. He looked at those books in his room when no was reading them aloud. He talked about them at dinner and before falling asleep. “How will Sophie stop the bad guys?” he wondered about The BFG.

I suppose children, like adults, learn more from messy stories of scoundrels and saints (think: Les Misérables) than books full of bromides without much plot. “Share your toys. Use your words.” I know. I know. I know.

My children want to read what Dahl called, in Charlie and the Chocolate Factory, “fine, fantastic tales, of dragons, gypsies, queens, and whales.” They want books about sly foxes and little boys who steer giant peaches across the sky. They want to hear about people-eating giants, but mostly about the little girl named Sophie who took those giants down. They love humor and adventure, wordplay and rhyme. And I suppose I do too, as reading these books to my kids has often been the highlight of my day.

Perhaps Dahl understood his readers so well because he first wrote these stories as entertainment for his own five children, often slipping in fatherly advice like the list of books Matilda checks out from the library (Dickens, Hemingway, Kipling). His books were odes to literature and wonder, and though many have been successfully turned into movies, I am certain he would prefer you read them first. As the Oompa-Loompas sing in Charlie and the Chocolate Factory, “So please, oh please, we beg, we pray/ Go throw your TV set away/ And in its place you can install/ A lovely bookshelf on the wall…. And later, each and every kid/ Will love you more for what you did.”

Human suffering may have been present in Dahl’s children’s books because it played an outsize role in his own life. Dahl’s father died when he was 4 years old. In his 20s he was a fighter pilot during World War II; he started writing literature after his plane crashed in Libya. Of the 16 men in his unit, only Dahl and two others survived. Most horrible of all, Dahl’s eldest daughter, Olivia, to whom he dedicated The BFG, died at the age of 7 from measles encephalitis, her father by her side.

As Joan Didion once wrote, “We tell ourselves stories in order to live.” We need to make sense of the “phantasmagoria that is our actual experience.” We need to turn our sense memories into something meaningful that can be shared. The stories we tell are imperfect and messy at best, and if they’re true, reflect something of our fears, sufferings and shortcomings, but telling stories is infinitely better than pretending that those things don’t matter, regardless of how old we are.

Anna Keatingis the co-author of The Catholic Catalogue: A Field Guide to The Daily Acts That Make Up a Catholic Life. She also runs a website on Catholic practice and culture by the same name, www.thecatholiccatalogue.com.