Not Quite How It Happened

Not Quite How It Happened

How to Read the Bibleby Steven L. McKenzie

With good reason, Steven McKenzie worries that many modern men and women misunderstand the Bible. There is confusion between biblical and scientific approaches to creation, and a misguided recourse to biblical apocalyptic, frequently in fundamentalist circles, but not limited to them. McKenzie, professor of Hebrew Bible at Rhodes College in Memphis, Tenn., is a prolific writer—the author of five books since 1985 and editor and contributor to nine more volumes. His contributions on David and the books of Chronicles are noteworthy. In How to Read the Bible he takes a broad view of the Bible, inviting us to examine some of the traps into which a reader can fall. For him, the greatest case of misunderstanding the Bible involves a lack of appreciation for the literary genres of the books it includes. He organizes this book around five problematic views of the Bible that circulate in our culture.

McKenzie introduces his case with a delightful rereading of the Book of Jonah, showing how one’s questions and expectations of the book are key elements in our enjoyment and interpretation of it. Instead of a historical tale, he sees it as a novella, a fictional short story with a strong didactic point. Strongly satirical, Jonah is the character who suffers ridicule, yet the book ends with God’s question: “Should I not care about Nineveh...?” The author’s claim is that modern readers can have some access to ancient genres; and if they do, they will be able to understand biblical literature in a sophisticated way, much as they appreciate the literary forms of their own contemporary culture.

In five chapters McKenzie argues his case by rebutting misconceptions about the Bible. Chapter 1 disputes the notion that “Biblical historians related what happened in the past.” He titles this discussion “Not Exactly as It Happened: Historiography in the Bible.” Chapter 2, “Forthtelling, Not Foretelling: Biblical Prophecy,” deals with the misconceived notions of predictive powers of prophecy. Chapter 3, “Life’s Real Questions: Wisdom Literature in the Bible,” deals with an incorrect tendency to read this literature as “a divine guide for daily living in such matters as disciplining children and getting along with one’s spouse” and not as the locus for such great issues “as the meaning of life and why bad things happen to good people.” Chapter 4, “Not the End of the World as We Know It: Apocalyptic Literature in the Bible,” questions the notion that apocalyptic predicts end-of-world issues. Chapter 5, “Issues in the Churches,” explores interpretations that the letters of Paul and other New Testament writers provide “a kind of rule book for Christian doctrine and practice.” Instead the author urges that these letters have a focus that is particular, pointed and pragmatic.

For those acquainted with modern Catholic biblical studies, McKenzie’s arguments will not appear surprising or revolutionary. Catholic Bibles usually provide materials to help readers understand the viewpoint of ancient materials. Diagrams and comments on Genesis 1, for example, intend to assist readers to imagine a different, non-historical view of the creation accounts. McKenzie’s insistence on serious attention to genres in the Bible recalls Pius XII’s advice to attend to genres in his 1943 encyclical Divino afflante spiritu and also the proposals in the 1983 document of the Pontifical Biblical Commission, Interpretation of the Bible in the Church. His claim that no prophecy in the Bible was intended as a prediction of Christ would find support in the 2002 document of the same commission, The Jewish People and Their Sacred Scriptures in the Christian Bible. Against Christian tendencies to supersessionism, this document argues—as does McKenzie—that texts later read as “messianic prophecies, already had an immediate importance and meaning for their contemporaries.”

McKenzie’s great contribution here consists of a series of clear, concrete examples of his view of prophecy as forthtelling (speaking a divine message for the particular and the present), rather than foretelling (predicting future events, even the coming of Jesus Christ). Once the significance of the message for its time is established, he shows how Christians find in texts like Is 6:9 and 40:3 meanings that are not exhausted by previous interpretations, leaving them open to additional new meanings in the context of Christian life, belief and worship. A text will have several authentic meanings, and the differences are often rooted in the religious horizons of their interpreters.

Why should one read this book? Many people who share this basic approach to the Bible still find themselves ill equipped to engage in reasonable, informed discussions of the Bible. McKenzie’s examples of biblical literature in its cultural and social settings (what it represents, as well as the time in which it was written) will stimulate thoughtful reflection about the “intent” of some biblical texts. McKenzie’s syntheses of some newer studies have already helped me in my presentations to my own biblical students, seminarians and graduate students alike. In a culture already awash in religious certitudes and battlegrounds, reading the Bible with McKenzie as a guide can lead to a more reflective and educated faith stance.

This article also appeared in print, under the headline “Not Quite How It Happened,” in the December 19, 2005, issue. 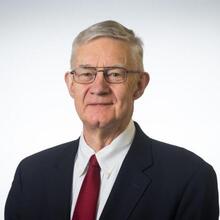 John C. Endres, S.J., is professor of Sacred Scripture (Old Testament) at Jesuit School of Theology at Berkeley and the Graduate Theological Union.