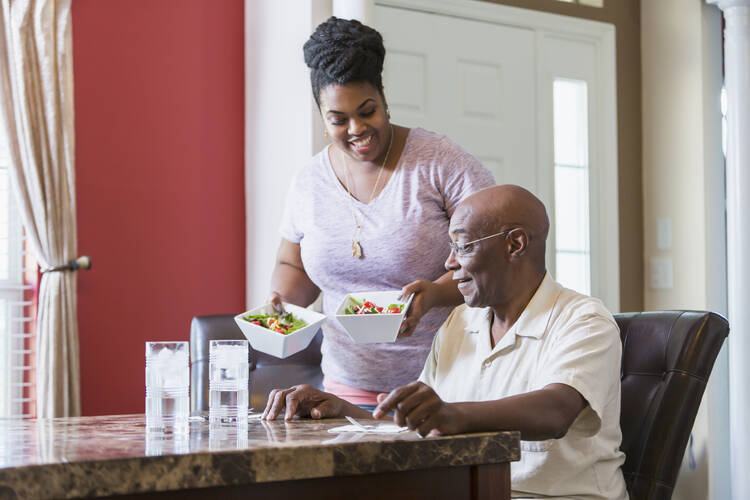 The role of caring for elderly family members is increasingly falling to mid-life adults. (iStock/kali9)

The United States is decades behind the world in providing paid family leave. However, a movement toward federal, universal paid leave is afoot. Congress is now considering the Family Act, proposed by Sen. Kristen Gillibrand, Democrat of New York, and the New Parents Act, proposed by Sen. Marco Rubio, Republican of Florida. While the chances of passage are difficult to predict, the U.S. House Ways and Means Committee did hold a hearing on paid leave in May, and members of both parties expressed an interest in moving forward.

While both bills affirm the critical role of the family in our society and the importance of family caregiving, the focus of each falls on new parenthood. Even policy think tanks that support paid family leave struggle with how to support the crucial role of families during other life transitions—notably, aging and serious illness. But the need for this support is great and is growing.

The United States is an aging society. By 2030, residents over the age of 65 will number 71 million and comprise nearly 20 percent of the total U.S. population. An aging society is defined by these factors: fewer children are born, adults live longer, more residents are over the age of 65 than under 15, older citizens remain in the workplace longer, “aging in place” is the desired norm, and brain diseases, such as Alzheimer’s and dementia, are a major cause of death due to their association with longevity.

By 2030, residents over the age of 65 will number 71 million and comprise nearly 20 percent of the total U.S. population.

Because of this demographic shift, the role of caring for elderly family members will fall to many mid-life adults. Some 65.7 million Americans (31 percent of the total adult population) already care for elderly or ill family members. The typical caregiver is a 40-something woman caring for a mother, father or stepparents who do not live with her. She is married, employed and most likely also cares for children or grandchildren in her own home. People with these responsibilities may simply look like co-workers, or fellow parents at a school meeting, but when a loved one calls, they must become chauffeurs, nurses, cooks, counselors, advocates and cheerleaders.

Living the Honor Commandment is not easy. The Hebrew word for honor, kibbud, means “heavy or weightiness.” The costs of care are high. According to the Family Caregiver Alliance, caregivers spend an average of 24.4 hours per week providing care, and nearly one in four spends over 40 hours per week. Nearly 80 percent of long-term care is provided without compensation, but AARP reports that family caregivers typically spend nearly $7,000 per year, or nearly 20 percent of their income, on out-of-pocket expenses related to caregiving. For African-American family caregivers, these expenses amount to 34 percent of their income, and Hispanic family caregivers spend an average of 44 percent of their annual income on out-of-pocket expenses. In addition to these costs, many caregivers must leave the workforce or curtail their work hours.

A 1999 study estimated that caregivers for elder family members lost an average of $659,139 in wages, Social Security and pension benefits over their lifetimes because of missing work. Without paid leave, they suffer financially when they act as caregivers and again when they retire. Women are especially harmed, as they are not only the majority of family caregivers but also typically provide 50 percent more hands-on care to spouses or partners than their male counterparts do. More care hours, more physically and mentally stressful care tasks and fewer paid work hours creates a vulnerable class of female family caregivers.

Since 1993, the federal Family Medical Leave Act has provided up to 12 weeks of unpaid, job-protected leave for more than 100 million U.S. citizens. F.M.L.A. covers a wide array of individuals through vastly different seasons of care, like an employee recovering from an illness, parents of a newborn or newly adopted child, or a family caregiver supporting a seriously ill loved one.

But only eight states and the District of Columbia currently mandate paid family leave. (They include California, Connecticut, Massachusetts, New Jersey, New York, Oregon, Rhode Island and Washington.) While the length of leave, the methods of paying for it and the percentage of wage replacement differs in each state, the social safety net is there. It builds on the job protection of the federal Family Medical Leave Act while compensating for that law’s biggest limitation: no expectation that caregivers should be paid.

Inclusion of family care in any national paid family leave program would not add significantly to its cost. A joint report by the American Enterprise Institute and the Brookings Institution projects family care as the least expensive portion of the paid leave program. The benefits of facilitating family care for a seriously ill elder far outweigh any costs. As an alternative, replacing family care hours at their current level with professional care would cost approximately $522 billion.

There is nothing shameful or greedy about expecting assistance in providing elder care.

Religious congregations also need to pay attention to supporting elder caregivers. More than 50 percent of those who attend church at least once a week are over the age of 50. While congregations can provide volunteer and spiritual support, we need new ways to encourage and enable family caregiving in our contemporary society.

Paid family leave honors our elders and supports those called to care for them. There is nothing shameful or greedy about expecting assistance in providing elder care. It is not a matter of honor to go bankrupt or give up a career in order to provide care to family members. We honor our parents by supporting caregiving for all parents through paid family leave. We honor caregivers by supporting them in being faithful to both work and care callings without exhausting themselves emotionally, financially and spiritually. 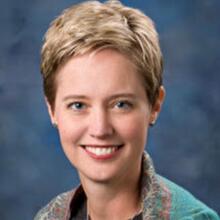 The Rev. Amy Ziettlow is ordained in the Evangelical Lutheran Church of America and serves as pastor of Holy Cross Lutheran Church in Decatur, Ill. She is the author, with Naomi Cahn, of Homeward Bound: Modern Families, Elder Care, and Loss and the report “Called to Care: Honoring Elders and the Family Care Journey.”

Seriously?
Monetise ALL loving-kindness and put it in the power of the state?

This is overlooking centuries of observation and reportage of the consequences of such things.
Is the author unaware of the scandals, time and time again, of ill-treatment and neglect of persons in aged-care facilities, children in orphanages, young children in creches and pre-schools and disabled persons in special facilities?
Never read Oliver Twist or other novels by Dickens describing the workhouses of yesteryear?

No wonder modern day prophets are predicting the disintegration of America through socialism.

What you might call a pilot study of such behaviour is happening amongst the Australian Aboriginal population. All sorts of money is allocated from the state to enable rectification of child neglect, elder abuse and neglect and unemployment.
It absolutely fails to do the intended outcome - the recipients of the money spend it on themselves and the care is still not given.

I think the author is referring to a program similar to unemployment, where a worker can take time off work to care for a dying parent, without fear of losing their job. In my country we have such a leave. I had a week of full paid leave, my sister had several days paid, and my other sister took the universal care for a parent leave at 60% of her salary. Combined with vacation days, etc we were able to care for our mother full time, 24 hours a day at her home, the last six weeks of her life, with of course the help of nurses and a doctor. It was absolutely exhausting, difficult and wonderful at the same time. My mother never had to spend a night in the hospital, but to be sure we could not have done it alone. It is a very difficult job juggling family life and caring for aging parents. Family leave is vital in our world today, and honouring our parents in such a way ends up being a blessing to those of us fortunate enough to be able to have done so.