75 years later, what can "Citizen Kane" tell us about the presidential race? 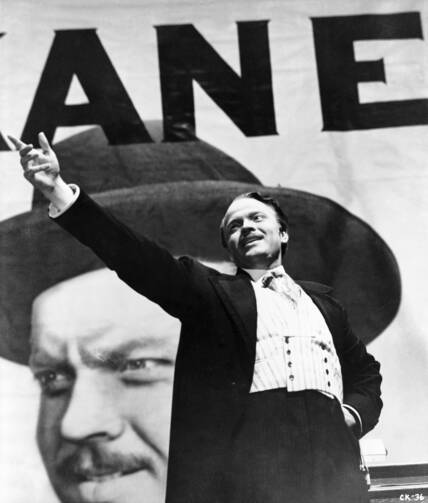 On Sept. 5, 1941, Orson Welles’s “Citizen Kane” went into general release in the American market. On its 75th anniversary, coming in the light of this election cycle, it is eerily relevant, even timeless. In short, it is the story of a media manipulator who strives to turn his celebrity into elective office. Draw what parallels you may.

The opening segment is an obituary of Charles Foster Kane, presented in the style of a 1930s newsreel. The viewer learns that Kane, played by Welles, presided over an empire of enormous wealth. Xanadu, his estate on the Gulf Coast, is identified as “the costliest monument a man has built to himself.” As the voiceover explains, Kane was both loved and hated, considered in turn a socialist and a fascist. His political positions could not be tied down with any clarity. When asked, he defined himself as “an American.”

After the obituary, we learn through flashbacks that Kane’s spectacular fortune begins with an inheritance from his mother, after a boarder in her rooming house gives her the deed to a seemingly worthless mine in lieu of rent. The property receives a second life as “the Colorado lode,” the third-richest gold mine in the world. When Kane reaches the age to obtain his inheritance, he tells his banker-custodian that he looked over his assets—which by then include mines, ocean liners, even grocery stores—but they bored him. There was one exception: he thinks it would be “fun to run a newspaper.” Through his newspapers he gives his readers what they want: sensationalism over substance. Through this strategy he earns his once-lackluster daily the largest circulation in New York and makes it the linchpin of his nationwide media network.

Kane marries twice, once to Emily (played by Ruth Warrick), the niece of the president of the United States, whom he despises as “a well-meaning fathead.” He suggests to her that he might well replace him one day. Their love soon buckles under the strain of his commitment to the newspaper, and even more important, his infatuation with Susan Alexander (Dorothy Comingore), a seemingly limited young woman he meets by chance outside her rooming house. Despite her painfully fragile voice, Kane is determined to fashion her into an operatic soprano. Eventually, his Svengali-like insistence on her having a voice coach and performing roles far beyond her capability leads Susan to a suicide attempt and eventually to her leaving him. Convinced that he is the aggrieved party, he smashes her bedroom and staggers into the hall in a stupor. In a brilliant visual touch, as he passes between facing full-length mirrors, they reflect his images back to each other in infinite succession. Kane’s world consists exclusively of images of Kane. But which image on the screen is the real man and which mere light and shadow?

Before the breakup of his first marriage, the prosperous young publisher is irresistibly drawn to politics. At a campaign rally, Kane stands in front of a gigantic poster of himself. Kane had pledged to defend “the working man” from special interests through his newspaper editorials, a theme that resonates during his candidacy for governor of New York, which his associates believe will be a steppingstone to the White House. The “friend of the working man,” as he identifies himself, continues the populist crusade, but as the campaign progresses, he narrows his focus to a personal attack on Boss Jim Gettys (Ray Collins), who controls the political machinery of the state. Kane boasts that “until a few weeks ago, I had no hope of being elected,” but now “every straw vote, every independent poll shows that I will be elected.” He clearly relishes the quantifiable notoriety. For Kane, popularity trumps policy every time. During an interview years later, Jedediah Leland (Joseph Cotten), a lifetime friend, summarizes Kane’s political philosophy most trenchantly: “But he never believed in anything except Charlie Kane. He never had a conviction except Charlie Kane in his life.”

This improbable rise in electability can be traced at least in part to his newspapers’ front-page political cartoons portraying Gettys in a striped prison uniform. He doesn’t want to defeat Gettys; he wants to destroy him. Politics, of course, is a blood sport, and Gettys is no stranger to mortal combat. His detectives document Kane’s involvement with Susan Alexander, and he arranges a meeting with Kane and his wife at Susan’s apartment. He offers silence in exchange for Kane’s withdrawal from the race, but Kane refuses. Gettys comments: “If it was anyone else, I’d say what’s going to happen to you would be a lesson to you. Only you’re going to need more than one lesson.” Rival papers break the story before the election and feature their own front-page story of the “love nest.” Kane loses, of course, but his own papers proclaim election fraud rather than defeat.

With both his political career and marriage to Emily in ruins, Kane turns in upon himself. No matter what the issue, evidence and the opinions of others cannot dissuade him. Left only with his own perceptions of the world, Kane can miss the point dangerously. Interviewed after a trip to Europe, Kane pronounces solemnly: “There will be no war.” This in 1941!

“Citizen Kane” stakes its claim to greatness as an archetypal American tragedy. Kane’s arrogance destroys him from within. He bullies, dismisses and humiliates those around him. His manner encourages, even compels, hostility. Gettys is a formidable enemy, but the others—Emily, Susan, Leland: those who loved him—leave only after he repels them. As Leland puts it: “He behaved like a swine.” Why? This question is at the core of the genius of the script by Welles and Herman Mankiewicz. After the opening newsreel sequence, a reporter, Jerry Thompson (William Alland), tries to find the answer.

The screenwriters use the five-act structure of the Shakespearean tragedy. Thompson functions as the bridge holding the five overlapping narratives together. To prepare a background story to complement the routine obituary, he turns to the five people who should have known him best. Thatcher (George Coulouris) is dead by this time, but he has left a detailed diary describing his role as guardian and financial manager for the young Kane. Thompson follows with Bernstein (Everett Sloane), the ever-loyal office manager who witnesses Kane’s rise from brash college dropout to crusading editor. Leland, his friend from school days, is now in a nursing home and gives his account of Kane’s journalistic and political career—and of course his downfall. Susan, an alcoholic who sings in an Atlantic City lounge, provides her own perspective on their relationship and eventual separation. Finally, Raymond (Paul Stewart), the butler and house manager at Xanadu, recounts Kane’s final days in his mausoleum for the living.

In the end, what is the explanation of Charles Foster Kane? There is none. After all the opinions, experiences and personal analyses have been recorded and catalogued, the enigma remains. In the final shot in the movie, the camera travels across the chain-link fence that isolates Xanadu from the outside world and pauses over a sign simply stating “No Trespassing.” Kane embodies the American Dream turned nightmare through overarching ambition. How could this American phenomenon come to pass? Could it be repeated in our own day?

Show Comments (
3
)
Comments are automatically closed two weeks after an article's initial publication. See our comments policy for more.
JR Cosgrove
5 years 11 months ago
Are we talking about Franklin Roosevelt here? It was Hearst that helped propel him into the presidency and gave him a guide on how to govern. See Gabriel over the White House http://amzn.to/2aitiWh
ed gleason
5 years 11 months ago
What can be done? How about teaching our young HS men that ambition is not a virtue and usually is a vice. That would be un-American but let's take a chance. .
William Rydberg
5 years 11 months ago
Not sure what this old movie has to do with Catholicism, the Good Christian Life, Faith, Hope or even Charity? Unless the hope is to word associate the current Democratic VP Nominee with what is generally thought to be one of the greatest technical masterpieces of American Cinematography... After all, timing is everything...