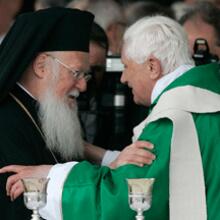 The Future of Ecumenism
Richard R. GaillardetzFrancis A. SullivanOctober 07, 2012
Two scholars consider Vatican statements on relations with other churches 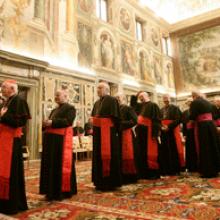 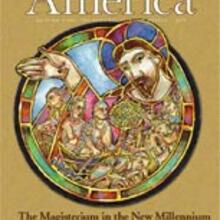 The Magisterium in the New Millennium
Francis A. SullivanAugust 27, 2001
The first lecture I ever gave on the topic of the church’s magisterium was given in Latin to my students at the Gregorian University more than 40 years ago. Little did I think then that one day the Latin word magisterium would become so commonly used, at least by Catholics, that I could give a 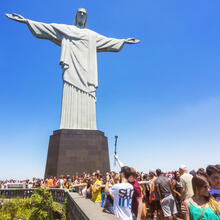 FaithFaith and Reason
Ways of Salvation?
Francis A. SullivanApril 09, 2001
Jacques Dupuis is a Belgian Jesuit who taught theology for over 30 years in India before joining the faculty at the Gregorian University in Rome, where we were colleagues during the last decades of my professorship there. His many years in India gave him the experience of being a member of the Chris 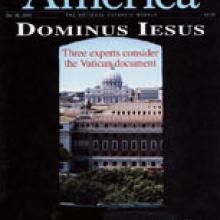 The Impact of Dominus Iesus on Ecumenism
Francis A. SullivanOctober 28, 2000
Although the major theme of the document Dominus Iesus, which was issued by the Congregation for the Doctrine of the Faith on Sept. 5, concerns the role of Christ and his church in the salvation of people who do not share Christian faith, the strongest reactions to it have come from spokespersons of

The Papal Apology
Francis A. SullivanApril 08, 2000
On the first Sunday of Lent of this jubilee year, Pope John Paul II celebrated a solemn liturgy in which he and the cardinals of the Roman Curia who joined him offered a "universal prayer," which had the title: "Confession of Sins and Asking for Forgiveness." This solemn act was