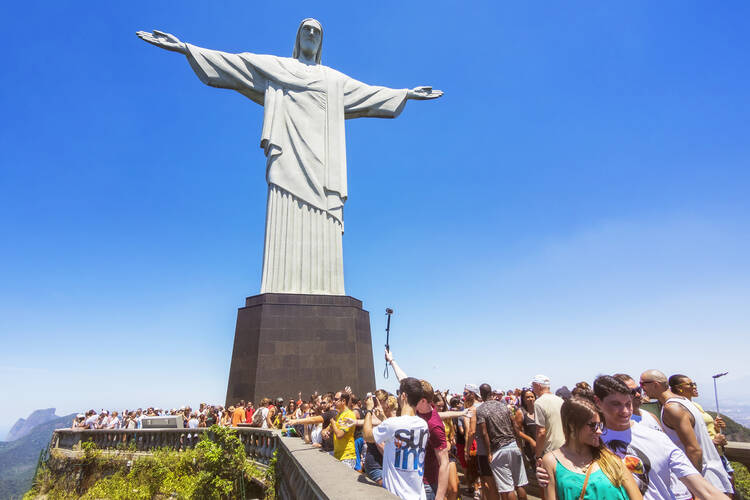 Jacques Dupuis is a Belgian Jesuit who taught theology for over 30 years in India before joining the faculty at the Gregorian University in Rome, where we were colleagues during the last decades of my professorship there. His many years in India gave him the experience of being a member of the Christian minority in a nation of a thousand million people, 98 percent of whom belong to other religions. Inevitably this led him to ponder the theological problem of the significance of those religions in the working out of God’s plan for the salvation of the people who belong to them.

After many years spent studying the various solutions offered to this problem, in 1997 he published a book with the title Toward a Christian Theology of Religious Pluralism, in which he argued that those religions must indeed be considered as ways of salvation by which people can come to share in the grace of Christ without knowing him as their savior. Not long thereafter his book became the object of examination by the Congregation for the Doctrine of the Faith, which on Feb. 26 published its critical judgment on it in the form of a Notification, intended to safeguard the doctrine of the Catholic faith from errors, ambiguities or harmful interpretations. While the C.D.F. did not say that such errors were found in his book, it did say that it contained notable ambiguities and difficulties on important doctrinal points, which could lead a reader to erroneous or harmful opinions. Among such points it mentioned the value and significance of the salvific function of other religions.

In order that Catholic readers might avoid the serious confusion and misunderstanding which could result from reading this book, the C.D.F. concluded its notification with a series of eight propositions expressing the church’s teaching on those important doctrinal points regarding which it had found notable ambiguities in Dupuis’s book. Two of those propositions have to do with the question whether other religions can rightly be considered as ways of salvation for those who belong to them. Since I believe this is a key issue in this discussion, I offer some observations on those two propositions.

The other proposition (No. 8) says: It is legitimate to maintain that the Holy Spirit accomplishes salvation in non-Christians also through those elements of truth and goodness present in the various religions; however, to hold that these religions, considered as such, are ways of salvation, has no foundation in Catholic theology, also because they contain omissions, insufficiencies and errors regarding fundamental truths about God, man and the world.

It is noteworthy that the opinion described here is not said to be contrary to the Catholic faith, but simply to have no foundation in Catholic theology. I believe that here the C.D.F. has expressed its judgment on an opinion which Dupuis actually does hold and has defended in his book, namely, that members of other religions can be disposed to respond positively to the grace of Christ not only through the elements of truth and goodness present in their own religions, but also through those religions as such, which on that account can be called ways of salvation despite the errors that might be found in them. While one would hesitate to question the judgment of the C.D.F. that an opinion is contrary to the Catholic faith, it seems to me legitimate for a Catholic theologian to raise questions about its judgment that an opinion has no foundation in Catholic theology.

The first observation I would make is that the opinion that is said to have no foundation in Catholic theology is one Karl Rahner had proposed even before the Second Vatican Council and for which he found support in the optimism that council expressed about the salvation of people of other religions, an optimism he described as one of the most noteworthy results of the council. As Rahner put it: In more than a millennium of struggle, theology has overcome Augustinian pessimism in regard to the salvation of the individual and reached the optimism of the Second Vatican Council, assuring supernatural salvation in the immediate possession of God to all those who do not freely reject it through their own personal fault. Our question now must be whether theology can regard the non-Christian religions with the same optimism. (Theological Investigations, vol. 18, p. 291) To this question Rahner gave a positive answer, for which, needless to say, he offered arguments based on principles of Catholic theology. Since Rahner is no longer able to respond to the claim that his opinion has no foundation in Catholic theology, I shall offer an account of the grounds on which he based his opinion, which will necessarily be simplified, but will, I hope, be true to his thought.

For Rahner, there is no grace for salvation but the grace of Christ, of which the church of Christ is the tangible, historical presence in the world. Hence Christianity is the absolute religion destined for all of humanity. But since God’s salvific will is universal, he gives to everyone the capacity to respond positively to God’s gracious self-communication and thus share in the salvation Christ has won for all. Rahner insisted that a person’s positive response to grace cannot be understood as a purely inward, private affair. He fully endorsed the statement of Vatican II that God’s saving design is not carried out exclusively in people’s souls, with a kind of secrecy.

The essentially social nature of human existence calls for some kind of communal expression of people’s response to God. Normally this will take the form of the religion that is part of their culture. Rahner concluded that when Christianity is not a viable option for people, it must be within the providential design of God that they express their worship of God in the religion that is available to them. In other words, even though those religions were objectively abrogated by the advent of Christianity, they must continue to be legitimate religions for people who are inculpably ignorant of any obligation on their part to abandon the religion of their culture and to embrace Christianity. That religion continues to be the way in which God intends that they express their relationship with him and arrive at their salvation. From this he concluded that the other religions must remain, under God’s providence, ways of salvation for the millions of people who, without personal fault, will never become Christians.

Rahner further argued that because of the role the other religions play in the divine plan of salvation for a great part of the world’s population, we can reasonably expect to find supernatural elements in them that make them apt to serve as mediations of divine grace. He also insisted that a salvific role cannot be denied to them on the grounds of the limitations and aberrations that may be found in them. He pointed out that even in the Hebrew religion certain elements needed to be corrected and purified as time went on, and that this did not contradict its being the way of salvation for the Hebrew people. In his important work Foundations of Christian Faith, he responded to the objection based on the presence of negative elements in other religions as follows:

No doubt, one may disagree with Rahner’s view that non-Christian religions are ways of salvation for people who practice them in good faith. It is quite another matter to claim that the opinion which he held, and which Jacques Dupuis also holds, has no foundation in Catholic theology.

Francis A. Sullivan, S.J., is a professor of theology at Boston College, Chestnut Hill, Mass., and the author of Creative Fidelity.

Show Comments (
1
)
Comments are automatically closed two weeks after an article's initial publication. See our comments policy for more.
16 years ago
Thank you for your editorial “Due Process in the Church” and the “Way of Salvation” by Francis Sullivan, S.J., (4/9). I am pleased by your editorial stand on the inadequacies of the procedures of the Congregation for the Doctrine of the Faith. These procedures contribute to creating an atmosphere of suspicion and repression in the church. They also contribute to the centralization of power (which is obviously not the same as authority) in the papacy and some curial offices.

The history of theology is a history of different schools and opinions and sustained arguments over the meaning of the truths of the faith and attempts to articulate them in one’s culture and relevant philosophical frameworks. It is clear that some arguments and positions are better than others and that some are flat-out wrong. But it is also clear that an assumption of an ahistorical and monolithic understanding of truth surrounded by indefensible procedures whose purpose is to guard that truth is a poor way to conduct business. Peer review among theologians has historically served as a rather effective way of evaluating a particular position. Unfortunately, the C.D.F. seems to think that the only appropriate peers are curial.

For those concerned about the application of obtaining the mandatum under Ex Corde Ecclesiae, the guidelines under which the C.D.F. conducts business and the way it treats those under investigation provide a most unfortunate precedent.