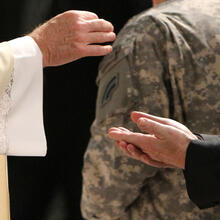 FaithFeatures
Should politicians be refused communion?
The Rev. John P. BealJune 21, 2004
When Cardinal Francis Arinze, prefect of the Vatican Congregation for Divine Worship and the Sacraments, was asked at a press conference in Rome on April 23 whether Senator John F. Kerry should be denied Communion, he responded: “The law of the church is clear. The church exists in the United 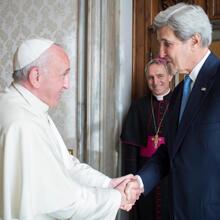 Magazine
Catholics and Candidates
Matt Malone, S.J.May 17, 2004
Senator John F. Kennedy walked into the grand ballroom of Houston’s Rice Hotel with one goal: to put to rest the notion that a Roman Catholic should not be elected president of the United States. It was September 1960, and many Americans were wary of electing a Catholic. Most non-Catholics vie 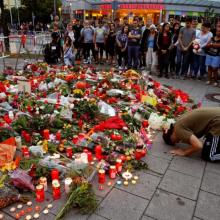 Politics & Society
Dealing With Terrorism
Anthony Egan, S.J.October 01, 2001
Where does terrorism come from and how far ought any government go to both defeat terrorists and protect citizens’ rights, not least their right to life?
Arts & CultureBooks
A Changing Landscape?
John A. ColemanAugust 26, 2000
Mike Davis is a lively and gifted writer of the left with the flair—even if often polemical—of a born journalist. 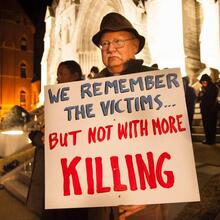 Politics & Society
10 reasons to oppose the death penalty
Mary MeehanNovember 20, 1982
Even the guilty have a right to life, but that is not the only reason to stand against capital punishment. 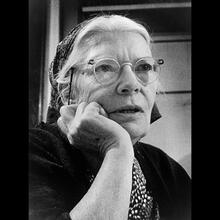