Why Catholics are called to radical hospitality in these political times 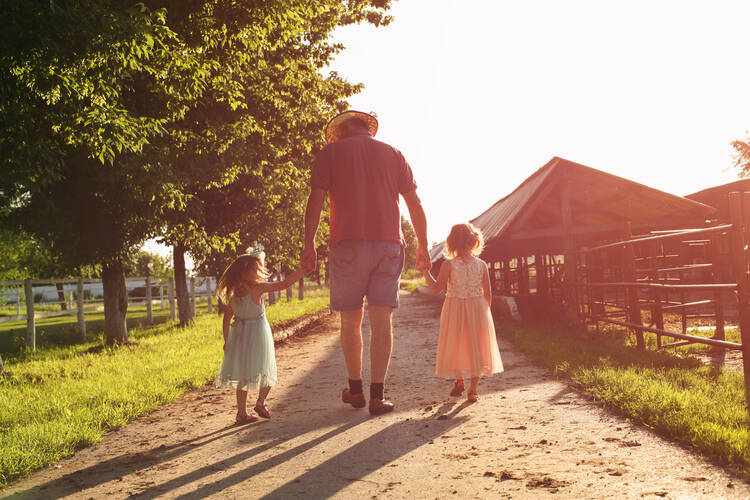 Charlie and Jo’s cardinal virtue was radical hospitality. They had 14 children, seven of whom were adopted, three with disabilities. In addition, each time one of their children turned 17 years of age, another 17-year-old from overseas was invited to live with them for a year on their farm in Avondale, Pa. Students came from Germany, the Philippines, Bolivia, Italy, the Middle East and Chile. More urgently, refugees from Hungary, Morocco and Vietnam, as well as an U.S. orphan, found a safe harbor over many years in their home.

As the first grandchild born to this expansive, welcoming family, I grew up recognizing foreign as familiar, global as local and diverse as approximating perfection.

Faith informed our familial culture and was at the heart of my grandparents’ generosity and inclusivity. In 1975 they became national advocates of the Ulster Project, which brought Protestant and Catholic teenagers from Northern Ireland and Ireland to the United States to develop friendships, talk about their common experience and hope, and help break the generational cycle of animosity and violence. Unconditionally generous and welcoming, Jo and Charlie were champions of racial, environmental and social justice, and stalwart proponents of peace, ecumenism and interreligious dialogue. It was clear to me, even as a child, that the Gospel was at the center of their lives.

Faith informed our familial culture and was at the heart of my grandparents’ generosity and inclusivity.

Their home became a haven for women religious and priests from all over the world. My first Communion took place during one of many celebrations of the Eucharist held in their dining room. Guests were replenished and fed, spiritually, intellectually and physically. Debate, discussion and dialogue were revered, as was music, art, poetry and conviviality. In their home Catholicism was identified with joyful hospitality and the magnanimity of the Gospel.

Today, in the midst of acrimonious national disagreement, in the face of heightened anxiety especially for vulnerable members of our communities, in this exigent season of unrelentingly stymied politics, what is especially heartbreaking is the growing chasm within our own church. Catholics are not immune to divisive politics, of course, even when our faith should unify us and transcend purely partisan identification. Too often we are deleteriously polarized, politically and theologically, quick to judge and categorize, eager to condemn and eschew dialogue. At times, we are no better as Catholics in our church than we are as citizens in our country.

Catholics are not immune to divisive politics, of course, even when our faith should unify us and transcend purely partisan identification.

This has to end, especially if we are to take seriously the demands of the Gospel to be agents of reconciliation and peace, to alleviate suffering, to extend hope and to provide for the comfort of others, effectively and faithfully. Most of us find ourselves on one side of this divide. All of us need to do better at encountering and accompanying those on the other side.

If there is anything sacrosanct and urgent about what it means to be Catholic in the world today it is that we are all—every single one of the more than seven billion persons living on the planet—made in the image and likeness of God. To heed this and aspire to be Christ-like would seem at a minimum to demand decency, humility, openness, attentiveness, forgiveness and mercy.

Love on the Margins: What Catholic interfaith couples share with the divorced and remarried
Astrid Lobo Gajiwala

We may disagree about which policies—nationally and internationally—can best provide people with access to food, clean water, housing, health care, employment, justice, safety and peace. But if we profess to be Christian, we cannot abdicate our responsibility to ensure that people do have such access. To do nothing is to be complicit.

As a Catholic, as an American, as a global citizen and as Charlie and Jo’s granddaughter, I am aware of the invitation at hand: to seek reconciliation, to foster civil dialogue, to mitigate fear, and to be more loving, more welcoming, more radically hospitable, just as the Gospel enjoins. 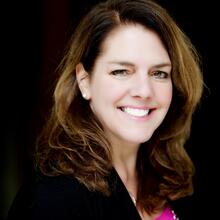 Kerry Alys Robinson is global ambassador of Leadership Roundtable and author of Imagining Abundance: Fundraising, Philanthropy and A Spiritual Call to Service.

Thank you for sharing your family's story. These are the kind of people who are the real "saints" among us, although they will never be recognized as such by Rome.

Way too general. April 29,2005 Mary Nagle, a mother of two little children in New City, N.Y.
ordered deck cleaning by phone...this rape/ murder is easily googled. The company sent out an illegal alien from Guatemala who came with the equipment but then raped, sodomized and murdered Mrs. Nagle and left two little children without their mom for life...everyday, every Christmas, every birthday, each wedding, each grandchild birth.
Then he robbed her phone and called her friends and tauntingly described what he had done to her.
He was caught and got life without parole which punishment this present Pope sees as evil. Pardon me if I think Francis would sing another tune if his mother had undergone that identical experience.
It's not the norm for illegals...but it would not have happened at all to that family if lone male illegals here and in Europe were sent packing ( in Europe, beach rapes in Italy recently were unmarried males from Africa). Whole/together families probably have few criminals. Lone males..illegal...send them back.