A case against constant provocation 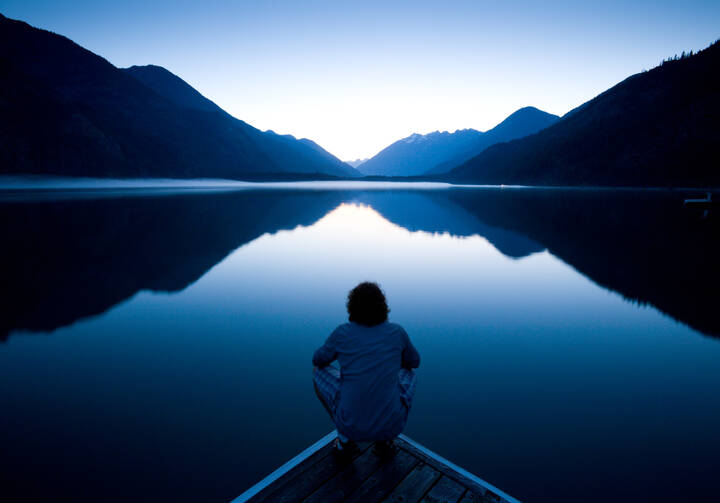 It is part of my contract as a contributor writer for America to periodically provoke. When Matt Malone, S.J., first invited me to join as a columnist several years ago, he asked me to surprise my readers in two ways: with the topics I choose and with what I do with those topics. Keep readers on their toes, he told me, so they do not know—either in a given essay or under a given headline—where you are going to fall.

As an ideologue by disposition, I find this advice difficult to follow, and I have not always followed it especially well. But it is a worthy challenge. Keeping readers on their toes is a way of keeping myself on my toes. I would like to provoke you better, and I would like to be less satisfied with my favorite convictions.

Keeping readers on their toes is a way of keeping myself on my toes.

This time, however, you can rest your toes. Enough provocation, enough surprise.

Provocation comes at us all the time now. The trouble with having a reality-television star as president of the United States is that every few days, another shock arrives through the news, upending political norms that seemed like they were real until this president shattered them with some new spectacle of rawness and realness. The shocks are fully predictable and yet not quite imaginable until they happen.

I find it is hard to go six hours without another fix; if there is not some adrenaline-inducing shock coming from my usual news sources in that amount of time, my fingers steer to less reputable corners of the internet, where the provocation flows more freely. The function of politics in this country right now is approaching that of an addiction. It is the kind of habit that keeps gnawing and gnawing its way into our psyches, consuming and consuming until there is nothing left.

The shocks are fully predictable and yet not quite imaginable until they happen.

You hardly need any more of that from me. Anyway, another of my sermons on cooperatives or eucharistic tweaks could not do the trick so well as a tweet from you-know-who.

Think of Mars for a moment. “We’re going to Mars because it gives us a reason to change,” goes a poem by Nikki Giovanni, a poem about another planet that’s actually about this planet. She recently explained to Krista Tippett what she means, as an African-American woman. “It’s not unusual for somebody like me to be in love with something like Mars because all my people have ever done is go forward,” Ms. Giovanni said. “And we go forward with a sanity and a love. And I think that that’s so important, that planet Earth tap into that. Quit playing these little stupid race games and find out what it is that these people are bringing to all of us as we go forward.”

Figure out what each of our peoples brings to all of us, that is. When you’re going to Mars, that’s what you’ve got to know: How do we survive on this deadly rock together? How do we even make the journey together? You’ve got to identify—and quick—who can do what. And why are we going there at all?

Last week’s “great” American solar eclipse may have helped in this enterprise, but it was awfully fleeting. It was another titillation. And even Mars is just another rock.

Some of the most radical, faithful, powerful people I know have also been among the least prone to being provoked.

Some of the most radical, faithful, powerful people I have come to know and learn from—people like the late Father Daniel Berrigan and his sister-in-law Liz McAlister—have also been among the least prone to being provoked. The news does not shock them or at least doesn’t seem to. They live out a spirituality already drenched in an awareness of sin and the fall. They expect no better from the principalities and powers. Their source of hope is higher than the headlines, more enduring than an eclipse.

This is not to say they are not paying attention or are not engaged. They are more than most people. Ms. McAlister, I know, listens to the news late into the night and stays at protests longer than her younger housemates. When one does not spin into a feverish frenzy with every presidential tweet, one can save that energy for focused, committed work. One can think through how best to lend support to people who may be in the line of fire, how to love one’s apparent enemies and how to turn apparent enemies into allies.

What we can learn from the little churches of St. Francis
Nathan Schneider

One can pause to pray if one is the praying sort. A rushed reaction to a provocation, whether by tweet or by mass mobilization, will not reverse the human condition, so we may as well expect to be in this struggle for life. If we are in it for life, we need time to rest, to breathe and to worship.

Look at us, us addicts. Whether we think we are Making America Great Again or signing up for the Rebel Alliance, look at what we are doing to ourselves and each other. If we are to “go forward,” as Ms. Giovanni puts it, to Mars or to next week, it is going to have to be together. To really “drain the swamp” or “#resist,” we must begin by not permitting a few voices vying for power to divide and conquer our consciousness. What if we surprised them by opting to unite across lines they thought they had hardened with provocations? A people who are hard to provoke are a people harder to rule.

Don't worry, still plenty of provocation, at least for some readers. Any criticism of the tweeter-in-chief, no matter how veiled, brings them out ranting and raving, modeling themselves perfectly after said tweeter.. And your provocation wasn't exactly veiled.

Sandi
No sooner does Nathan suggest a breather in cudgel wielding than you pick one up!
The Brady Bunch line fits best: SANDI, SANDI SANDI.

This would seem to have been a good time to include in your article the negative effect of the anarchists in our midst who seem to provoke violence every week. I believe you have supported anarchist causes in the past but not necessarily violent ones.

By the way Diane Feinstein said Trump may become a good president.

Has the new software installed for comments taken out carriage returns so paragraphs run on?

Thank you for fixing.

Wow. I don't at all favor the methods of Donald Trump but to bring up Dan and Liz as good and faithful is bizarre as there own egos made them quite the professionals of provocation; they are flip side of the same coin. The problem is as the author really pointed out that we do not have men and women of good will on either side. Extremist are NEVER of good will.

BTW Just because I find Liz and Dan to be shallow and self serving radicals interested more in their own pseudo moral superiority does not at all imply I agree with the current POTUS.