Republicans and Democrats agree that democracy is in trouble. They just don’t agree on its definition. 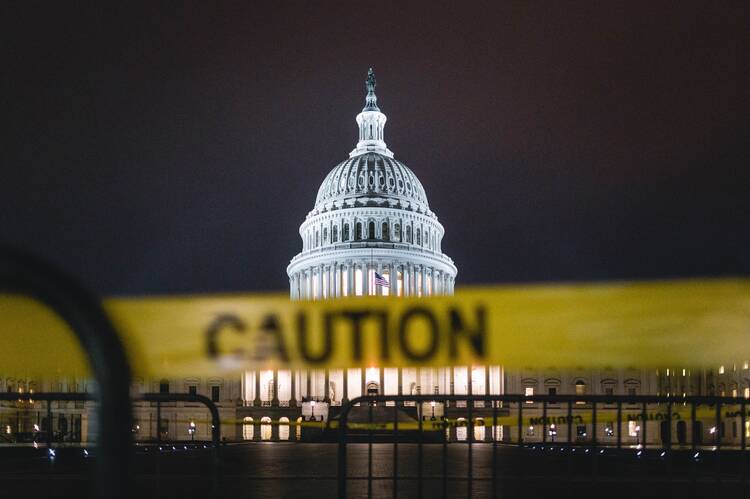 Photo by Andy Feliciotti on Unsplash

A Quinnipiac University poll conducted in late August found that 67 percent of U.S. adults think “the nation’s democracy is in danger of collapse.” That is what President Biden said in Philadelphia, many of you would respond, when he called out “MAGA Republicans” for “an extremism that threatens the very foundations of our republic.”

But in the Quinnipiac poll, Republicans were as likely as Democrats to say that democracy is in trouble (69 percent of each party, and 66 percent of independents). In fact, large majorities of every demographic group—no matter the age, gender, race or education level—agreed with this dire assessment. Does this mean we have achieved a consensus without realizing it?

Republicans were as likely as Democrats to say that democracy is in trouble. Does this mean we have achieved a consensus without realizing it?

Unfortunately, no. The more convincing explanation is that Americans are so divided in how they define democracy that they can reach the same conclusion for radically different reasons. So after Mr. Biden said that supporters of Donald Trump “promote authoritarian leaders” and “fan the flames of political violence,” many Republicans countered that it was Mr. Biden’s speech that was a threat to freedom (as “if Mussolini and Hitler got together,” as Donald Trump Jr. put it).

Based on how different candidates in this year’s midterm elections talk about our political system, I can see four distinct definitions of American democracy. All of them will still have adherents after November, but the election results may give one or more of them momentum toward the next presidential election.

1. Democratic Party democracy. The Democrats are now pretty much united on what makes a functioning democracy, which was not always the case for the political party that was once strongest in the Deep South. Today’s Democrats want to make voting as easy as possible, and they support the “one person, one vote” principle that says each vote in an election should be of equal worth, and each citizen should have equal representation in government. They generally want government to be quicker in responding to the demands of voters and responding to crises like gun violence and climate change.

The Democrats are now pretty much united on what makes a functioning democracy, which was not always the case.

And, as of now, they also support the principle of majority rule. This principle became more popular among Democrats after they lost two presidential elections despite winning the most votes, but there has been ambivalence about it. Many civil rights leaders opposed run-off primaries when they had the effect of knocking out Black candidates who could only win pluralities, and many supporters of Bernie Sanders were fine with the idea that he could get the Democratic nomination in 2020 by getting only a plurality of primary votes in a crowded field.

2. Traditional Republican Party democracy. Think of people like Liz Cheney, Mitt Romney and Bill Kristol here. Republicans have traditionally favored democracy with guardrails; that is, they don’t want government acting too hastily in response to public opinion, and they worry about “mob rule” and a “tyranny of the majority” eroding individual rights. They don’t always support the strict application of “one person, one vote,” and they defend the rules of the U.S. Senate, including the filibuster, as preventing more urban and populous states from dominating national government (though there is no equal mechanism to prevent a rural majority from dominating national government).

In normal times, Republicans would oppose Democratic Party attempts to maximize the power of the majority through such reforms as abolishing the Electoral College, expanding mail-in voting, and giving statehood to the District of Columbia and Puerto Rico. But this year many “never-Trump” Republicans are allied with the Democratic Party because, as Mr. Kristol puts it,

Traditional Republican champions of democracy are on the defensive within their own party.

“If we don’t have two reasonably healthy parties, the unhealthy party has to be defeated.”

The results of Republican Party primaries over the past six years, including the defeat of Ms. Cheney in her congressional primary in August, make it clear that traditional Republican champions of democracy are on the defensive within their own party.

3. “Stop the steal” democracy. Most Trump Republicans do not agree that the Democrats are defenders of democracy. Mr. Trump himself, along with hundreds of Republicans running for statewide office this fall, claim without proof that President Biden’s victory in 2020 was “stolen” or “rigged.” On the surface, they support the small-d democratic process in the United States, but their insistence that certain election results cannot be trusted inevitably erodes confidence in the legitimacy of all elections. (Some Democrats say that certain election laws, such as purging people from voter rolls when they miss elections, have led to unfair election outcomes, but very few have questioned the counting of ballots or the validity of official election results.)

The “stop the steal” movement does have various remedies for what it sees as a corrupt system. One is to give state governments the power to accept or reject election results (the thinking behind the attempt on Jan. 6, 2021, to nullify Mr. Biden’s victory); similarly, there is an effort to get the Supreme Court to rule that state legislatures should have the sole authority to set election rules. Another strategy is to more tightly control voter participation by imposing ID requirements and registration deadlines, limiting the times and places where one can vote, and challenging the validity of individual votes as they are cast. Along with the prosecution of rare voter fraud cases even when fraud does not seem intended, these efforts could have a chilling effect on voter participation, but maximum voter turnout is not a goal of “stop the steal” partisans. Tellingly, 67 percent of Republicans in a Pew Research Center poll from 2021 said that voting “is a privilege that comes with responsibilities and can be limited”; only 21 percent of Democrats agreed, with most saying instead that voting “is a fundamental right for every citizen and should not be restricted.”

Most Trump Republicans do not agree that the Democrats are defenders of democracy.

4. “A republic, not a democracy” (with an emphasis on the second part of the phrase). A smaller number of Republican and independent candidates say outright that democracy is not always a good thing, at least at the national level. (They may think it is OK at the local level—as in neighborhoods deciding what kind of housing is permitted, or parents deciding on a school district’s curriculum. Call it subsidiarity without solidarity.)

Some think the problem is that voters ask too much from the government, and thus give the government too much power to tax citizens and regulate behavior. “Democracy is a soft form of communism that basically assures bad and dangerous people will be in power,” said Jeremy Kauffman, a Libertarian candidate for the U.S. Senate from New Hampshire, in an email interview with the Boston Globe.

But some voters in both parties seem to be disenchanted with democracy because it results in a government that is too weak. In an Axios/Ipsos Poll conducted in early September, 33 percent of U.S. adults (including 42 percent of Republicans and 31 percent of Democrats) agreed that “strong, unelected leaders are better than weak elected ones.” For years, Mr. Trump has echoed this sentiment by praising and even seeming to envy anti-democratic leaders like Chinese President Xi Jinping and Russian President Vladimir Putin, and this year he seemed to get carried away in a conference-call rally with the Republican nominee for governor of Massachusetts. Geoff Diehl will “rule your state with an iron fist,” Mr. Trump told residents of the state that brought us the Boston Tea Party and the Battle of Bunker Hill, “and he’ll do what has to be done.”

Attacking democracy is a dicey strategy for winning elections, so most Trump allies running for office this year maintain that, yes, democracy is a good thing (even if they think it is easily corrupted). But there are occasional statements to the contrary.

Senator Mike Lee, a Republican from Utah, controversially tweeted that “we’re not a democracy” in 2020, adding “We want the human condition to flourish. Rank democracy can thwart that.” A spokesperson for Mr. Lee said that the senator was merely advocating ”republican checks on democratic passion,” but the tech mogul Peter Thiel, a major donor to Republican candidates, has been more blunt, once writing for the libertarian Cato Institute that “I no longer believe that freedom and democracy are compatible.”

There is a big difference between grousing about democracy and actively trying to replace it with another form of government. It’s also uncertain that there can be a lasting alliance between those who think democratic government is too strong and those who find it too weak. But the lack of consensus on what democracy is, and on what it should be, could end up doing away with democracy altogether.

[Read next: “Abortion, student loans and the Republican weakness for nostalgia.”]