Treating ectopic pregnancies is not abortion. But researchers are still looking for a way to save both mother and child. 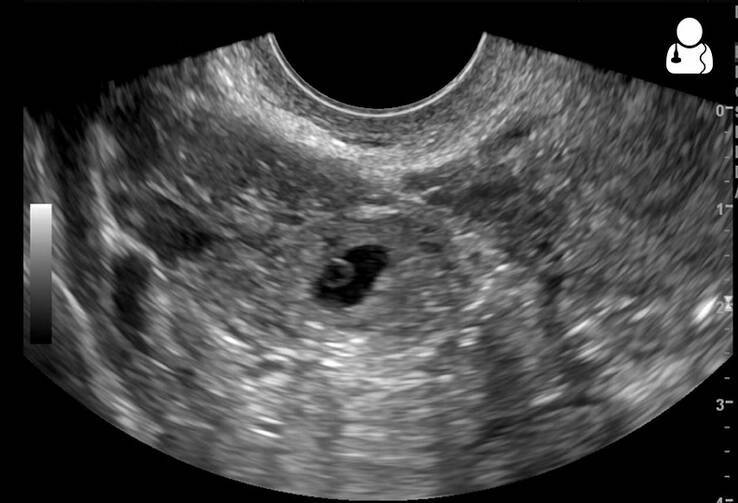 A pregnancy not in the uterus (Wikimedia)

WASHINGTON (CNS) — An opportunity for more research on ectopic pregnancies cannot be overlooked as controversy over these pregnancies erupted following Roe v. Wade being overturned.

In the weeks since the Supreme Court issued the Dobbs decision, people have voiced concerns about the resulting impact on treating ectopic pregnancies. The life-threatening condition typically requires the removal of the embryo to save the mother.

“The restrictions on abortion do not relate to the treatment of ectopic pregnancy,” said Stephen Sammut, a behavioral neuroscientist researching the potential of embryo transfers.

“The restrictions on abortion do not relate to the treatment of ectopic pregnancy,” said Stephen Sammut, a behavioral neuroscientist researching the potential of embryo transfers.

“Abortion seeks to terminate a viable life. The death of the baby in an ectopic pregnancy, and under the current circumstances, is an unfortunate and unintended outcome that results from the treatment of the pathological situation—the ectopic pregnancy,” explained Sammut, who is a professor at the Franciscan University of Steubenville.

About one in 50 pregnancies in the U.S. today are ectopic, meaning the embryo implants in a location other than the uterus. More than 95% of ectopic pregnancies occur in the fallopian tubes, causing internal bleeding and ultimately death for the mother if permitted to grow.

But what if the child could be saved?

A doctor named C.J. Wallace thought it was possible and proved it in 1917. Wallace performed the first successful attempt on record to transfer an embryo in an ectopic pregnancy to the uterus, saving both mother and child.

“Why have we all these many years been so willing to deprive these little children of the right to live just because they were started wrong?” asked Wallace.

About one in 50 pregnancies in the U.S. today are ectopic, meaning the embryo implants in a location other than the uterus.

Over one hundred years after Wallace’s accomplishment, the standard treatment for ectopic pregnancies is removing the embryo through one of several methods.

At least one of the procedures is considered ethical because it ensures the mother’s survival and is absent a direct attack on the embryo. This is called a “salpingectomy,” which involves surgically removing the part of the fallopian tube with the implanted embryo.

The Wallace report is only one of two recorded instances in which a doctor turned away from conventional measures and achieved an embryo transfer to the uterus.

The other report, a journal article from 1990, recounted how Dr. Landrum B. Shettles carefully excised a 40-day-old embryo from the fallopian tube and attached it to the uterus. Shettles, known for his work on in vitro fertilization, helped a woman struggling with infertility have her child through the procedure.

Multiple sources claim embryo transfers are impossible due to a lack of technology and resulting complications such as an infection or miscarriage.

Apart from the two 20th-century records, little research has been done regarding embryo transfers for ectopic pregnancies. Dr. Thomas Hilgers, founder and director of the Pope Paul VI Institute for the Study of Human Reproduction, reportedly has attempted a human embryo transfer at least once without success.

Multiple sources claim embryo transfers are impossible due to a lack of technology and resulting complications such as an infection or miscarriage. However, these assertions stand in contrast to a lack of research on the subject.

What explains that lack of research if embryo transfers evidently have worked before with less advanced technology?

Derek Doroski, a colleague of Sammut’s at Franciscan University who teaches a popular course on embryology, said that “research happens in response to a perceived problem.”

In the case of ectopic pregnancies, current procedures already treat the perceived problem of the danger of the mother’s life, said Doroski.

What explains the lack of research if embryo transfers evidently have worked before with less advanced technology?

“(One) final factor in the lack of research is that this embryo transfer would require a new surgical approach. It would not require a new medication or device that a company could patent and make money on. Therefore, there is no real monetary motivation to do research into this subject either,” added Doroski, director of the engineering program at Franciscan.

Sammut further pointed out the ethical issues and complexity of both pregnancy and embryo transfers as obstacles to conducting research.

A scarcity of literature on the subject has created a gap that fails to account for the realistic practicality of embryo transfers and provide a starting point for researchers, he said.

Hoping to fill that gap, Sammut said he is working with a team to create a model “that seeks to lay the foundation for a model surgical methodology of how such a transfer could potentially take place.”

"Our goal was to ensure the survivability of both the mother and the transferred embryo, which we have successfully done.”

Sammut is collaborating with Christina Camilleri, his research assistant, and Dr. Cara Buskmiller, a board-certified OB-GYN surgeon who is a consultant to the research team.

“Our research conducted at the pre-clinical level in a rat model will need to be further addressed in higher animals before being translated to humans. While every model has its limitations—and this is well understood in the scientific field—our goal was to ensure the survivability of both the mother and the transferred embryo, which we have successfully done,” Sammut told Catholic News Service.

The team plans to eventually publish their results in a peer-reviewed journal. Based on his findings so far, Sammut said he believes that “embryo transfers have the potential to become a standard treatment of ectopic pregnancies in the future.”

“I cannot give a timeline as preclinical models, as useful as they are, are not without their limitations and there is going to need to be a concerted and dedicated effort by researchers to carry the torch forward and to translate this methodology into higher animals and ultimately humans,” said Sammut.

Doctors are unlikely to perform embryo transfers on humans at present since they are not covered by medical insurance, according to Doroski. However, he said that more research could make the procedure an accepted treatment covered by insurance in the future.

“A lot of research would be needed before this could become standard treatment. With a concerted effort we would still be likely to be multiple years away from this as a standard,” said Doroski.

Margaret Peppiatt - Catholic News Service
Show Comments ()
Join the conversation: Login or create an account
Before you can comment, you need to update your profile to include your first and last name, as required in our comments policy. Then reload this page and you'll be set up for commenting. Update your profile