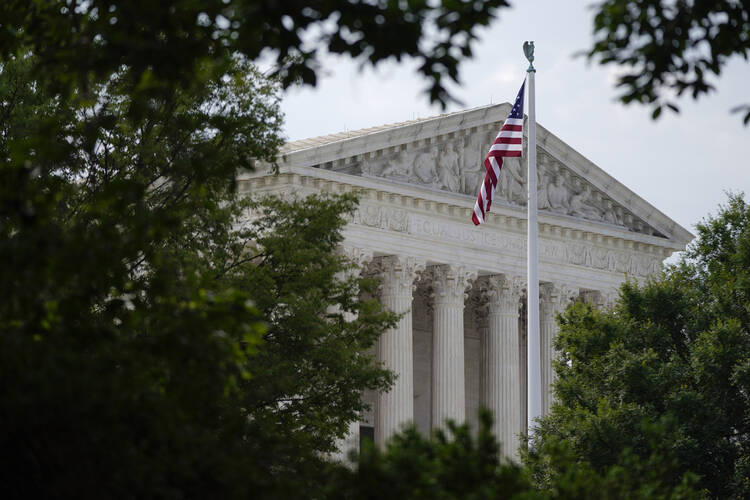 WASHINGTON (AP) — The Supreme Court on Monday sided with a football coach from Washington State who sought to kneel and pray on the field after games.

The court ruled 6-3 for the coach with the court’s conservative justices in the majority and its liberals in dissent. The justices said the coach’s prayer was protected by the First Amendment.

“The Constitution and the best of our traditions counsel mutual respect and tolerance, not censorship and suppression, for religious and nonreligious views alike,” Justice Neil Gorsuch wrote for the majority.

The case forced the justices to wrestle with how to balance the religious and free speech rights of teachers and coaches with the rights of students not to feel pressured into participating in religious practices. The outcome could strengthen the acceptability of some religious practices in some other public school settings.

The decision is the latest in a line of Supreme Court rulings for religious plaintiffs. In another recent example, the court ruled that Maine can’t exclude religious schools from a program that offers tuition aid for private education, a decision that could ease religious organizations’ access to taxpayer money.

“The Constitution and the best of our traditions counsel mutual respect and tolerance, not censorship and suppression, for religious and nonreligious views alike,” Justice Neil Gorsuch wrote for the majority.

In a dissent on Monday, Justice Sonia Sotomayor wrote that the coach decision “sets us further down a perilous path in forcing states to entangle themselves with religion.” She was joined in her dissent by Justice Stephen Breyer and Justice Elena Kagan.

That the court ruled for the coach is perhaps not surprising. In 2019, the court declined to take up the case at an early stage, but four of the court’s conservatives agreed that a lower court decision in favor of the school district was “troubling” for its “understanding of the free speech rights of public school teachers.”

The case before the justices involved Joseph Kennedy, a Christian and former football coach at Bremerton High School in Bremerton, Washington. Kennedy started coaching at the school in 2008 and initially prayed alone on the 50-yard line at the end of games. But students started joining him, and over time he began to deliver a short, inspirational talk with religious references. Kennedy did that for years and led students in locker room prayers. The school district learned what he was doing in 2015 and asked him to stop.

Kennedy stopped leading students in prayer in the locker room and on the field but wanted to continue praying on the field himself, with students free to join if they wished. Concerned about being sued for violating students’ religious freedom rights, the school asked him to stop his practice of kneeling and praying while still “on duty” as a coach after the game. The school tried to work out a solution so Kennedy could pray privately before or after the game. When he continued to kneel and pray on the field, the school put him on paid leave.

Three justices on the court attended public high schools themselves while the rest attended Catholic schools.

His reaction was issued in a June 27 news release by Becket, a religious liberty law firm, which filed an amicus brief in this case on behalf of the USCCB.

The court’s ruling, coming at the end of the term, did not follow its previous reliance on its 1971 decision in Lemon v. Kurtzman, often called the “Lemon test” used to determine if a law violates the First Amendment. The test has three elements: The law must have a secular purpose, can neither advance nor inhibit religion, and must not foster excessive entanglement between church and state.

The dissenting justices found fault with the majority not using the test, saying the move “rejects long-standing concerns surrounding government endorsement of religion.”

“Official-led prayer strikes at the core of our constitutional protections for the religious liberty of students and their parents,” Sotomayor wrote in her dissent, joined by Breyer and Kagan.

“This decision does a disservice to schools and the young citizens they serve, as well as to our nation’s long-standing commitment to the separation of church and state,” she added.

Richard Garnett, who filed an amicus brief in this case, said the court’s ruling “will provide much needed clarity and consistency to an area of law that has been notoriously confused and inconsistent.”

She also pointed out that the Supreme Court “consistently has recognized that school officials leading prayer is constitutionally impermissible.”

For Richard Garnett, Notre Dame professor of law and director of the Notre Dame Program on Church, State and Society, the ruling affirmed that public employees do not lose their right to religious expression in the public square.

He said a key feature in the decision was that the court “finally made clear and explicit the fact that the so-called Lemon test is, and has long been, abandoned. No longer are courts and litigators required to engage in abstract speculations about the possibility that official actions might cause hypothetical observers to perceive ‘endorsements’ of religion.”

Garnett, who filed an amicus brief in this case, said the court’s ruling “will provide much needed clarity and consistency to an area of law that has been notoriously confused and inconsistent.”

“Lemon has long been dead and that the Establishment Clause is understood through America’s history and tradition of religious pluralism.”

Or as William Haun, senior counsel at Becket, put it: “Scrubbing religious expression from the public square, based on nothing more than offense, is as unnatural as it is unconstitutional.”

This case was the fourth religious rights case for the court this term. It also allowed spiritual advisers to pray with death-row inmates during executions; said a Christian group was discriminated for not being allowed to fly its flag in a Boston plaza; and ruled parents in Maine could use public tuition grants to send their children to religious schools.

Jessica Gresko—Associated Press
Show Comments ()
Join the conversation: Login or create an account
Before you can comment, you need to update your profile to include your first and last name, as required in our comments policy. Then reload this page and you'll be set up for commenting. Update your profile