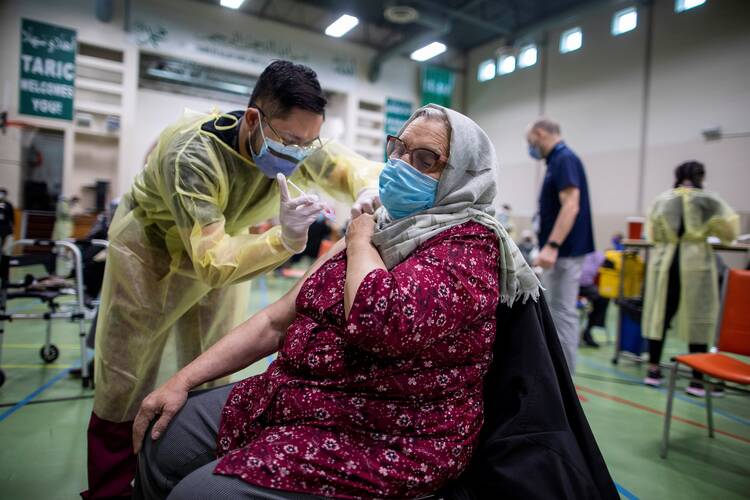 The increasingly aggressive admonishments from the federal government could not be any clearer: Get vaccinated, Canadians! And the consequences are becoming equally clear: a loss of employment for civil servants and anyone working in federally regulated industries who declines to get the Covid-19 shot. Those industries include banking, airlines and telecommunications companies. In October, Canada’s federal jobs minister wielded an even bigger stick—the loss of Employment Insurance benefits (called unemployment insurance in the United States) for anyone fired for remaining unvaccinated.

“If you choose to leave your job for that reason, my current thinking and the current advice I’m getting is you won’t qualify for E.I.,” Employment Minister Carla Qualtrough told CBC television. “The employer choosing to terminate someone for that reason would make that person ineligible for E.I.”

The minister’s comments provoked a torrent of reactions. While many Canadians could not contain their exasperation with the unvaccinated, others expressed misgivings about the loss of E.I. benefits, and Ms. Qualtrough’s comments struck some as insensitive.

“There was no ‘unfortunately.’ No hint of sympathy. Her tone and affect were borderline chipper,” columnist Chris Selley wrote in The National Post.

Canadians have embraced coronavirus vaccination in large numbers and are feeling a deepening exasperation with the unvaccinated. More than 83 percent of Canadians over 12 are now fully vaccinated.

“Canadians are enjoying firing the unvaccinated far too much,” he wrote. “Qualtrough, her fellow ministers and the rest of the Pro-Vax Army need to take a step back and think about what the hell they’re doing here.”

But the minister’s impatience may reflect a deepening public exasperation with the unvaccinated. Canadians have embraced vaccination in large numbers. After a slow initial rollout, more than 83 percent of Canadians over 12 are now fully vaccinated.

But Covid-19 emergencies erupted in September in Alberta and Saskatchewan, where conservative governments prematurely lifted pandemic restrictions. And as the pandemic continues vexing the world and the risks of new viral variants remain, vaccinated Canadians are finally venting their frustration.

“People have very hard views on the unvaccinated,” said pollster John Wright of Maru Public Opinion. Their sentiments “are very much all or nothing—you get the vaccine or you are excluded from most societal activities and jobs.”

Mr. Wright’s polling shows that 14 percent of Canadians will not get vaccinated for any reason and that there is significant concern about vaccinating children. “At least 50 percent are very hesitant to have their children vaccinated,” he said. “One quarter are okay with it and the rest don’t know either way.”

But polls also show support for vaccine mandates and passports for adults. An ACS-Léger poll found that 83 percent supported the introduction of vaccine passports. And 69 percent of respondents said “they do not trust people that are unvaccinated.”

“People imagine that [Canada is] the liberal utopia, and sometimes it may seem like that. But underneath the surface, there’s a strain of resistance and populism.”

Those vaccine passports and mandates have become wedge issues in the country’s politics. Prime Minister Justin Trudeau pushed the mandates during the recent elections that returned him and the Liberal Party to power. Unlike in the United States, where powerful state governors have thwarted pandemic restrictions, few prominent politicians have tried the same in Canada. Those who have, like Alberta Premier Jason Kenney, ended up reversing themselves—in the end angering all sides of Canada’s political spectrum.

“As people tire of this pandemic, their patience with anti-vaxxers is becoming thinner and thinner,” said David Seljak, a religious studies professor at St. Jerome’s University in Waterloo, Ontario. “The government understands this and won’t be afraid to impose the kind of very strong measures that you see being imposed.”

The issue of vaccine mandates upended the September election, which Mr. Trudeau believed would be a cakewalk for Canada’s Liberal Party, while revealing an unexpectedly unseemly side of Canada’s usually staid politics. Demonstrations organized across the country frequently targeted public hospitals, where protesters obstructed arriving emergency vehicles.

Anti-vax protesters dogged Mr. Trudeau on the campaign trail, berating him with coarse language and disruptive chants. One person even threw gravel at the prime minister.

Maxime Bernier, leader of the populist People’s Party of Canada, held “freedom rallies” across the nation, attracting sizable crowds of folks intent on eschewing masks or social distancing precautions, especially in the prairie provinces of Alberta, Saskatchewan and Manitoba.

Some Canadian Catholics have been seeking religious exemptions, but Canada’s Catholic bishops have promoted vaccinations and many dioceses have publicly reiterated the church’s position on Covid-19 vaccines.

“People imagine that [Canada is] the liberal utopia, and sometimes it may seem like that. But underneath the surface, there’s a strain of resistance and populism,” said D.W. Lafferty, an independent scholar and observer of the Canadian Catholic Church. Those extreme right sentiments do not often rise to the cultural surface, he said, but they have “always been there.”

“It was given a boost through the Trump years,” he added. “We got a lot of the cultural influence from that coming in [from the United States] and fueling this stuff.”

In the end, campaigning hard against vaccine passports and mandates, Mr. Bernier’s P.P.C. captured 5 percent of the national vote.

A former federal cabinet minister and avowed libertarian, Mr. Bernier came within a whisker of winning the Conservative Party leadership in 2017. He left the conservatives and founded the P.P.C., which floundered in the 2019 election after running on an anti-immigration platform. The pandemic provided an opportunity and a political reset, but analysts view Mr. Bernier as more of an opportunist than a legitimate populist determined to organize a far-reaching resistance movement.

The anti-vax effort “isn’t a Canadian movement,” said Jamie Ellerton, a principal at Conaptus, a political and corporate communications consultancy. “This is the Canadian branch of a global reaction.

“Bernier himself is trying to latch onto this cause,” he said, but he is not “the one leading and growing this movement.”

The anti-vax effort “isn’t a Canadian movement. This is the Canadian branch of a global reaction.”

During the election, P.P.C. rallies focused as much on protesting pandemic restrictions and expressing skepticism about Covid-19 and vaccines as they did on promoting the party. A pre-election rally in Calgary attracted a boisterous crowd, clutching signs, waving flags including the “Don’t Tread on Me” banner apparently borrowed from MAGA America, and singing the “old” Canadian national anthem, that is, before it was changed to use gender-inclusive language.

How much cultural vibrancy the P.P.C. and other Canadian movements against vaccine mandates and passports will have in the future remains to be seen. But they are not going away quietly.

“There’s an enthusiasm gap there, where if you’re generally supportive of [vaccine] measures, you’re maybe not super-enthusiastic about them,” said Ben Woodfinden, a doctoral student and political and constitutional theorist at McGill University. “But if you’re opposed to them, you probably are extremely motivated and enthusiastic in your opposition…. You’ll get people out in the streets to protest [measures to contain Covid-19], not get people out into the streets to support them.”

Anti-vax enthusiasm may not be enough, however, to build long-term political momentum. The P.P.C. drew some of its support from the Green Party, which collapsed in 2021’s elections, but did not necessarily find converts and defectors from the Conservative Party, according to analysts. So the challenge of keeping cohesive a disparate movement—encompassing everyone from parts of the yoga community to right-wing Christians to anarchists to otherwise apolitical people—could prove impossible.

“The only thing they agree on is opposition to vaccination,” Mr. Seljak said. “That’s not a political movement. That’s a political moment.”

How much cultural vibrancy the People’s Party of Canada and other movements against vaccine mandates and passports will have in the future remains to be seen. But they are not going away quietly.

And if P.P.C. leaders were hoping the Catholic Church in Canada might prove an ally to their ambitions, unspoken or otherwise, they have definitely had to contend with some mixed messages from the church.

Some unvaccinated Canadian Catholics have been seeking religious exemptions, but Canada’s Catholic bishops have promoted vaccinations and many dioceses have publicly reiterated the church’s position on Covid-19 vaccines, declaring them to be morally licit and encouraging Catholics to get them.

The Archdiocese of Ottawa, however, prepared a sample letter for priests to sign for Catholics seeking religious exemptions to vaccinations. The letter, leaked to the Ottawa Citizen, starts:

“I am a baptized Catholic seeking an exemption from an immunization requirement. This letter explains how the Catholic Church’s teachings may lead individual Catholics, including me, (INSERT NAME), to decline certain vaccines.

“The Roman Catholic Church teaches that a person may be required to refuse a medical intervention, including a vaccination, if his or her informed conscience comes to this sure judgment.”

Among the reasons cited in the letter for a Catholic to reject the vaccine: “A person is ‘morally required’ to obey his or her conscience” and “There is a ‘general’ moral duty to avoid medical products that may be derived from cell lines that originate from fetal abortions, which the church opposes.”

The Archdiocese of Ottawa did not respond to an interview request. The Canadian Conference of Catholic Bishops referred questions on vaccination to individual dioceses.

Despite making the exemption letter available, Archbishop Marcel Damphousse told the local faithful, “All things considered, I feel it is important to trust the messages of our public health authorities here in Canada and in Ontario,” according to the Ottawa Citizen.

“This seems to be sort of a secretive way to appease a certain group within the church who are looking for these vaccine exemptions and maybe points to the larger problem that the bishops are facing,” Mr. Lafferty said.

“They’re trying to balance between two groups; there are the ordinary regular Catholics—people who share many of the same opinions as the rest of Canadian society and maybe send their kids to a publicly funded Catholic school—and there’s a more inner core who would consider themselves faithful Catholics, who would be more committed to the pro-life movement, maybe more likely to absorb more conservative Catholic media.”

Still, the value of priests providing documents for Catholics seeking religious exemptions could be limited, according to experts. When religious exemptions are permitted in Canada, “all you have to do is tell your employer you have a sincerely held religious belief. You don’t need a letter from your bishop or your priest,” Mr. Seljak said. But Canada’s courts and human rights tribunals “have a long tradition of protecting public health over the claims of individuals,” he said, predicting most legal challenges to mandates would fail. 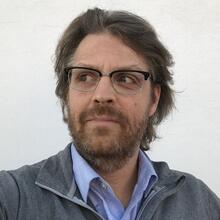 David Agren has covered Mexico since 2005 for Catholic News Service and publications including the Guardian, USA Today and Maclean's magazine.

@el_reportero
Show Comments ()
Join the conversation: Login or create an account
Before you can comment, you need to update your profile to include your first and last name, as required in our comments policy. Then reload this page and you'll be set up for commenting. Update your profile