‘Trust the experts’ is the new ‘obey the priest.’ But it is not getting us closer to the truth. 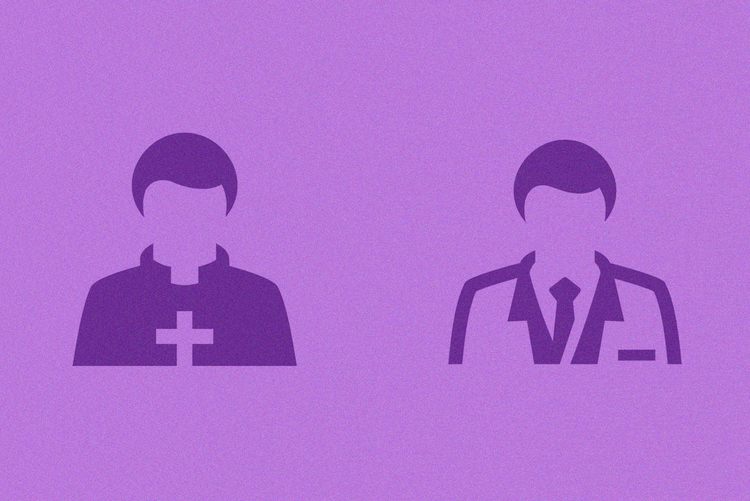 Dostoevsky’s protagonist Raskolnikov has a dream during a grave illness near the end of Crime and Punishment: “He dreamt that the whole world was condemned to a terrible new strange plague that had come to Europe from the depths of Asia.... Whole villages, whole towns and peoples went mad from the infection. All were excited and did not understand one another. Each thought that he alone had the truth and was wretched looking at the others, beat himself on the breast, wept, and wrung his hands. They did not know how to judge and could not agree what to consider evil and what good; they did not know whom to blame, whom to justify.”

The French social theorist René Girard (who inspired my new book, Wanting) saw the infection described in Raskolnikov’s dream, in which no medical symptoms are mentioned, as a virus that causes the breakdown of human relationships. Nobody can agree on who is to be trusted. Each is left to their own subjective form of rationality, which then becomes a weapon with which to attack others.

Nobody can agree on who is to be trusted. Each is left to their own subjective form of rationality, which then becomes a weapon with which to attack others.

“Having repudiated religion in order to be more rational,” wrote Girard, “modern man comes full circle and, in the name of a superior rationality, embraces a rational and technical form of irrationality.” He thought the repudiation of religion in the name of reason inevitably leads modern man to become more religious than ever, but through a form of anarchic religion that justifies itself in ever more rationalistic ways. There are new rituals, for instance, but they are thought of as merely health precautions.

Responses to pandemics like Covid-19 have included not only purification rituals, but also liturgies (in many forms, including press conferences) and sacrifice. The mediators of reason determine acceptable sacrifices (such as mask-wearing mandates, quarantine and lockdown measures, and hospital restrictions that prevent people seeing loved ones in their final hours). They are like members of a new priestly class: the Experts.

Girard, who converted to Catholicism in his 30s, saw that humans are fundamentally imitative creatures: We look outside of ourselves for models of behavior on which to pattern our own. And he recognized that in a world in which there were no longer powerful shared models—transcendent models, like historical figures or leaders nearly everyone agrees are worthy of imitation—then smaller and smaller groups of people adopt their own models, often at odds with the models of other groups. That begins to threaten social cohesion.

There is nothing inherently problematic with expertise. (The word comes from the Latin expertus, meaning “tried, proved, known by experience.”) In the past, an expert craftsman—for example, a wood carver—could be observed executing his craft by a lay observer without any specialized knowledge. In the information economy, things have gotten trickier. I still want an expert surgeon and pilot, and I would like an epidemiologist who can help me assess risk to my family and to others. But expertise is now, in some sense, hidden from view: We are told to trust the experts because they have certain credentials or have been cited by other experts; we can’t see their expertise with our own eyes, as we may have been able to do in earlier periods.

We are told to trust the experts because they have certain credentials or have been cited by other experts; we can’t see their expertise with our own eyes, as we may have been able to do in earlier periods.

In our modern, secular society, each person is considered free to choose their own experts to follow. “Once we are deprived of transcendental guideposts we must trust our subjective experience,” wrote Girard. The dilemma is that “whether we like it or not, we are little Cartesian gods with no fixed reference and no certainty outside of ourselves.”

The transcendent models are gone. Modern man “no longer relies on priests and philosophers...but he must rely on many other people nevertheless, more people than ever as a matter of fact,” Girard wrote. “They are the experts, the people more competent than we are in innumerable fields of endeavor.”

And there is an expert for seemingly everything today: love making, lasagna baking, decluttering our homes. If you are struggling, then you must not be listening to the right podcasts. You must have missed, say, Malcolm Gladwell’s recommended nonfiction titles for 2021. This heavy reliance on one’s preferred form of expertise in all spheres of life, detached from religious sense, is part of a modern Gnostic revival—salvation through knowledge alone.

This heavy reliance on one’s preferred form of expertise in all spheres of life, detached from religious sense, is part of a modern Gnostic revival—salvation through knowledge alone.

The result is that experts are pitted against one another like warring gods, and there is not always an easy way to know which one is worth listening to. We can’t know which expert is superior in real time like we could see that Tiger Woods was the best golfer in the world during his prime. We must rely on intermediaries: the media, friends, markets and more.

Some of those intermediaries aren’t even human. Experts can be made by algorithms and anodyne platitudes tweeted out at a high enough frequency that they start to be believed. As a result, the world is indeed becoming flatter, but not in the way the economist Thomas L. Friedman meant. It is becoming flatter because there are no longer transcendent models to follow. We have only one another and our man-made experts to follow.

An alternative model exists. It situates expertise, or reason, in a transcendent perspective. “Faith and reason are like two wings on which the human spirit rises to the contemplation of truth,” wrote Pope John Paul II in his encyclical “Fides et Ratio,” articulating the Catholic understanding of reason’s relationship to transcendent models given by faith.

Never since its publication has the encyclical been more relevant. If we are looking for a trusted model to follow, I propose this recently canonized saint who combined a penetrating intellect with the humility of one who knows the limits of that intellect.

If he isn’t considered an expert in today’s world, it’s because he was not of it. 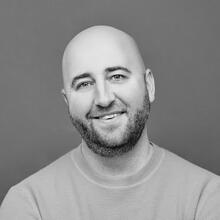 Luke Burgis is the director of programs at the Ciocca Center for Principled Entrepreneurship at The Catholic University of America and the author of Wanting: The Power of Mimetic Desire in Everyday Life (St. Martin’s Press).

@lukeburgis
Show Comments ()
Join the conversation: Login or create an account
Before you can comment, you need to update your profile to include your first and last name, as required in our comments policy. Then reload this page and you'll be set up for commenting. Update your profile