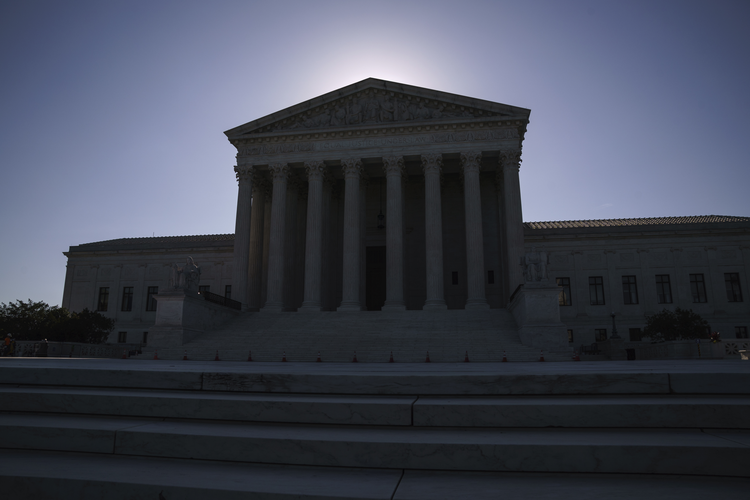 One of the tragic ironies of the abortion debate in the United States is that activists on both sides of the issue have spent decades being convinced—and convincing their supporters—that they are on the losing side. Often, the best developed rhetoric of both the pro-life and pro-choice movements is the story of how their opponents hold all the levers of power and what terrible things they will do with the control they have established.

Understanding this dynamic helps to explain both why Texas’ new abortion law, banning the procedure after the detection of a heartbeat (usually around six weeks) under the threat of private enforcement by civil suits, relies on such a fragile and convoluted legal scheme and why this legal structure deepens fear and distrust of pro-life goals. Sadly, that fear and distrust is likely to persist—because it is real, because it will be encouraged by pro-choice activists and because the pro-life movement is not committed to addressing it—long after the constitutional fate of this new law has been resolved.

One of the tragic ironies of the abortion debate is that activists on both sides of the issue have spent decades being convinced that they are on the losing side.

One main contributor to this losing-on-all-sides conflict is the fundamental instability of situating abortion politics at the Supreme Court. On the pro-life side, it means that the hope of overturning Roe v. Wade depends on the simultaneous alignment of the presidency, the Senate and the timing of openings on the court—a set of incentives that, to many, justifies a decades-long focus on abortion as the defining issue in any election and an alliance with the Republican Party at any cost.

For pro-lifers, who need to overturn Roe as the first step toward any legal protection for the unborn, the battle is always uphill. Laws limiting abortion are passed only for near-instant injunctions to be handed down, which then spend years waiting to be resolved at the Supreme Court—like the state of Mississippi’s 15-week abortion ban, which is before the court now. Since both the status quo and the forces of elite opinion are solidly in favor of abortion rights, every incremental pro-life victory seemingly only raises the stakes for the next fight that might finally be definitive.

On the pro-choice side, defining abortion as a fundamental civil right means that no legislative compromise can be entertained because any compromise would be a loss relative to the status quo. Given these incentives, anything less than full commitment to protecting abortion as a civil right is treated as betrayal. Even the most minimal recognition of the humanity of the unborn is downplayed, as for example in finely parsed distinctions between heartbeats and “cardiac activity.” The national Democratic Party is absolutist on abortion rights, and many in the party try to impose a litmus test on candidates over the issue even down to the level of mayoral races.

For pro-lifers, who need to overturn Roe as the first step toward any legal protection for the unborn, the battle is always uphill.

Meanwhile, Roe’s abortion protections are legislatively adopted in blue states, and federal courts are routinely petitioned to strike down any law limiting abortion in any signficant way in red states.

The new Texas law found a procedural end-run around the usual injunction against an abortion ban: hand over enforcement to private actors empowered to sue anyone, with the exception of the pregnant woman herself, who aids or abets an abortion, since those private citizens cannot be preemptively enjoined from such suits. That legal structure already inspires fear and distrust, summoning up specters of bounty hunters following women to abortion clinics waiting to file lawsuits.

And this fear is not abstract: A Texas pro-life group set up a website to collect “tips” on abortions, which has been the subject of disputes with its web hosting providers. But the law went a step further than encouraging the private surveillance of abortions by tilting the playing field to make sure that this law would be very easy to use against abortion providers and very hard for them to defend against. Anyone who wins a suit against an abortion provider under this law is entitled to $10,000 in damages plus attorney’s fees, but the reverse is not true. So plaintiffs are incentivized to sue even in marginal cases, and defendants—mostly abortion clinics—face the prospect of being bankrupted by the costs of defending themselves.

Pro-lifers, even those of us who reject the private enforcement scheme in the Texas law, should clearly admit that this shutdown is a desired outcome.

Pro-lifers, even those of us who reject or are uncomfortable with the private enforcement scheme in the Texas law, should clearly admit that this shutdown is a desired outcome. In a post-Roe world where the legality of abortion again becomes a matter for the states, the laws we pro-lifers hope for would drastically limit the availability of abortion. And the best versions of these laws would not rely on liability for individual women seeking abortions, and still less on criminal prosecutions, but instead take aim at abortion providers, making it difficult if not impossible for them to continue in business.

Laws to make abortions less easily available are an important pro-life goal, since the law helps to shape our moral vision.

Laws to make abortions less easily available are an important pro-life goal, since the law helps to shape our moral vision. But at the same time, the law alone cannot guarantee morality. If our society cannot address the many reasons why women feel that they must rely on abortion as an option, no legal bans will be sufficient.

The reason to be hesitant about the Texas law, at least from a pro-life perspective, is not that it was quite successful in limiting abortions but rather that the means it uses to do so are Machiavellian. The prospect of women being policed by private abortion enforcement reinforces the caricature of pro-lifers as primarily interested in persecuting women and controlling their reproductive lives, rather than as focused on protecting the lives of the unborn. The willingness to exploit this legal loophole—while explainable as a response to the inability to challenge Roe more directly—puts the focus on the culture war over abortion more than respect for the lives of children in the womb. It may backfire by convincing many people in the middle, who are the plurality of the American population, that pro-lifers are more interested in notching up a win at any cost than in moving toward a principled and coherent defense of life.

Will the Texas law make it easier or harder to convince our fellow citizens to adopt laws that will protect the unborn and support women facing unwanted pregnancies?

I have sometimes been criticized, and expect that I may be again, for taking issue with the pro-life movement’s default political strategies and alliance with the Republican Party without proposing a coherent alternative. Since the Democratic Party will make no room for pro-lifers, since Roe presents no incentives for anyone to compromise unless and until it is overturned, what other option do pro-lifers have? (There are some, such as pairing abortion restrictions with increased support for women during pregnancy or clearly linking them to improved access to health care.) And that zero-sum logic has led us to where we are today: decades of the pro-life movement being captive to Republican politics in exchange for Supreme Court appointments, until we are finally, perhaps, at the precipice of Roe v. Wade being overturned or at least significantly limited. I do not and cannot know whether some other alternate history was possible.

What I know instead is this: Overturning Roe v. Wade is a necessary goal for the pro-life movement, but it can never be a sufficient one. With the Mississippi law already before the Supreme Court, this Texas law does not significantly change the constitutional questions in play or increase the likelihood of overturning Roe but instead galvanizes pro-choice activism and increases the distrust of the pro-life movement.

If and when Roe v. Wade finally falls—an outcome I hope and pray for—the pro-life movement will need to argue in all 50 states for better laws than the one just passed in Texas. The question pro-lifers should be asking is, when that day arrives, will the Texas law make it easier or harder to convince our fellow citizens to adopt laws that will protect the unborn and support women facing unwanted pregnancies?