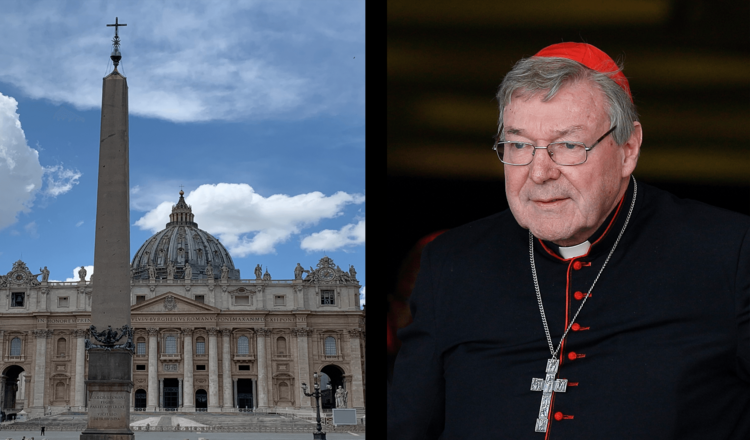 The news of the mistake was first reported on Jan. 13 in The Australian, one of Australia’s main daily newspapers. The Vatican refers specifically to this story in a statement issued by the Holy See Press Office today.

The Australian reported that Austrac “has told the Senate it over-estimated bank transfers from the Vatican City to Australia for the past six years by more than $2bn.” It said the financial watchdog had told a Senate committee before Christmas 2020 that $2.3 billion had been transferred from Vatican City to Australia. Today we learned that figure was off by nearly 1.5 billion U.S. dollars.

The Australian government’s international financial watchdog, Austrac, said it over-estimated bank transfers from the Vatican City to Australia for the past six years by more than $2bn.

The Australian reported that Austrac originally misreported that the money from the Vatican “was transferred in more than 40,000 transactions between 2014 and 2020, with a peak of $581m in 2017.”

Austrac gave that information in response to questions that had been raised “about money laundering and allegations that funds were transferred to adversely affect the trial of Cardinal George Pell.”

Cardinal Pell returned to Australia in July 2017 to face allegations of historical sexual abuse of two minors. He was convicted in December 2018, sentenced the following year and served over 400 days in prison before being unanimously acquitted by the country’s High Court. The allegations regarding the money transfers fueled speculation that Cardinal Pell’s opponents in the Vatican were seeking to influence the criminal proceedings against the cardinal, who, as the prefect of the Secretariat for the Economy, had been responsible for cleaning up Vatican finances.

The Vatican was astounded when Austrac first made its report to the Australian Senate before Christmas because the amount involved far exceeded the Holy See’s finances. The Holy See operates on an annual budget of about 300 million euros (around 470 million Australian dollars). The Australian bishops also found the story beyond belief. They knew nothing about the transfer of such sums, as none of it had come to church-linked institutions or dioceses in the country, and asked the Holy See for clarification. Cardinal Pell, too, wanted light shed on this. The allegations were given widespread coverage in the international media, raising questions that appeared to further tarnish the integrity of the Holy See’s financial operations.

The Vatican was astounded when Austrac first made its report to the Australian Senate before Christmas because the amount involved far exceeded the Holy See’s annual budget.

The Holy See requested verification of the Austrac information and, subsequently, its Financial Intelligence Unit, Asif, worked closely with the Australian government’s counterpart for several weeks.

According to The Australian, “AUSTRAC confirmed there were only 362 transfers from the Vatican to Australia during that time, with a total value of (Australian) $9.5 million.” The newspaper also reported that “the original Austrac figures also showed $117.4m was sent from Australia to the Vatican, likely part of an annual fund for charities, during the same period.”

“The revised figures show that between 2014 and 2020, there were 237 transfers from Australia to the Vatican totalling $26.6m,” the report said, and that “a computer coding error is believed to be the source of the miscalculation, with financial transfers to Italy included in transfers to the Vatican City State.”

But even granting this, it is clear that the figures still do not tally. There was a gross miscalculation, and it is difficult to understand why the enormous figure of $2.3 billion was given credence in the first place.

Podcast: Why Pope Francis stripped the Vatican’s most powerful office of its assets
Inside the Vatican

Austrac told The Australian, that “despite the massive miscalculation on the transfers total, investigations were continuing into specific suspicious transfers from the Vatican to Australia,” and it “reaffirmed its confidence in the original financial intelligence about suspicious money transfers, which are being probed by Vatican prosecutors examining hundreds of millions of dollars in fraud and money laundering.”

Despite the massive miscalculation on the transfers total, investigations were continuing into specific suspicious transfers from the Vatican to Australia.

According to the paper, “[t]he focus for the Australian Federal Police and the Vatican’s financial unit are four transfers to Australia from the Vatican secretariat, including two from Cardinal Becciu, between 2017 and 2018 totalling $2m to a company in Melbourne.”

The Vatican statement issued today made no reference to this last point, and instead went to the heart of the main issue:

The Holy See takes notes of the results of the verification that it requested, which was carried out jointly by the ASIF and AUSTRAC, and of the enormous discrepancy that an Australian daily has reported today relating to the data previously made known about financial transactions made by the Vatican to Australia between 2014 and 2020 (which showed) 9.5 million Australian dollars against 2.3 billion dollars. The figure is attributed, among other things, to some contractual obligations and the ordinary management of its own resources.

The Vatican concluded its statement by reaffirming the Holy See’s “respect for [Australia’s institutions] and manifests its satisfaction at the collaboration between the entities involved.”