What would St. Thomas More say to Catholic Trump supporters? 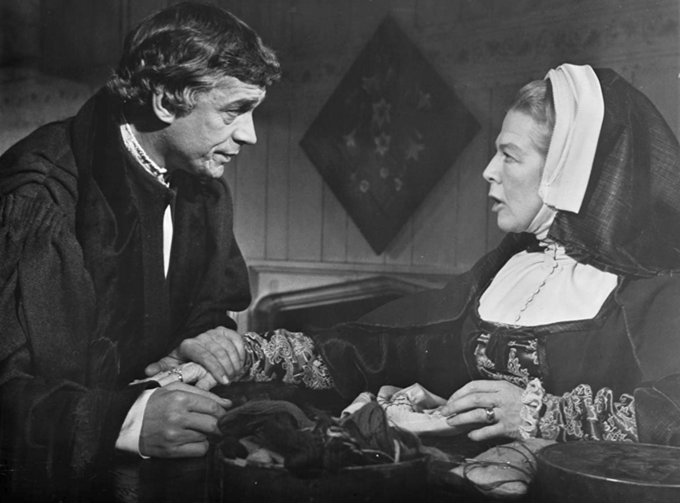 “A Man For All Seasons” was a rare combination. It was the story of a saint that was also a Tony-winning play and an Oscar-winning film for Best Picture in 1966. This portrait of Thomas More as a worldly politician was also something of an event in Catholic culture. It provided a road map for a Catholic in modern life by tracing—in stunning language—the choices of a saint-to-be in Henry VIII’s corrupt court.

“A Man For All Seasons” had a profound effect on me when I was in high school. It was the first non-musical play I saw on Broadway. I saw the brilliant original production—sitting close enough to see the sweat—third row, off to the right. My freshman mind assumed that all plays would be as inspiring and theatrically inventive.

The key character in the play is not Sir Thomas More. The audience’s entrance point is “The Common Man,” a role played by the extraordinary George Rose.

I was thinking Wednesday, during the invasion of the Capitol, of the Common Man, his compromises and the fate of Catholicism in England after Thomas More.

The Common Man played all of the servants, the jailers and the jurors, so he had a front-row seat for the events in the life of Sir Thomas. He saw—and commented on—More’s discovery of his dilemma: a choice between truth and lies. He saw Thomas deal with his friends, the nobles who thought they could make a deal with Henry VIII, get what they needed and escape unharmed. And we saw through the Common Man the cost to More of opting for the truth.

When, at the end, the Common Man explains to More that he couldn’t get involved, that he would just go along because he was a plain simple man, Thomas shouts, “O sweet Jesus, these plain, simple men!”

The movie (in spite of its half a dozen Oscars) is a lesser work because it eliminates the Common Man. The Common Man implicated us. Made us realize that we, good common people, hold the power over what goes on in our nation and our abdication of that power allows evil to flourish. We are responsible.

I was thinking Wednesday, during the invasion of the Capitol, of the Common Man, his compromises and the fate of Catholicism in England after More. And I was thinking of those Catholics who voted for Donald Trump. Most of these supporters, I think, were aware of his racism, his brutal sexual behavior, his bullying, his monstrous egotism and his endless lies. And yet they voted for him in the hope that they would get something from him. They felt if they could get what they wanted, the rest would take care of itself.

The point of “A Man For All Seasons” in contemporary terms is that each of us, in our decisions and compromises, is in fact responsible.

If, in the hope of a greater good, you give your support to a lying, self-serving, sexually profligate, hypocritical tyrant, you might get away with it. Or, as with More, it might come to crisis, and the results of your choice will become what they should have been from the start: clear as day.

While white supremacy was not an issue for Thomas More, the unavoidable comparison between the police treatment of Black demonstrators fighting for truth and white terrorists causing destruction in support of lies cannot be omitted from the tally of wrongs on Wednesday.

I wonder what Thomas More would have said yesterday to the well-meaning Catholic voters for Donald Trump if he could have seen the attempted destruction of a form of government he could only dream about. I know what the modern-voter version of the Common Man would say. He would say, “Me? I’m not responsible.” I suspect that is what Catholic Trump voters are saying today if they are even asking themselves the question asked by Robert Bolt’s play: “What is my responsibility in this?”

But the point of “A Man For All Seasons” in contemporary terms is that each of us, in our decisions and compromises, is in fact responsible.

What would Robert Bolt’s More have said?

I think he might have said, “O sweet Jesus, these plain, simple men!” 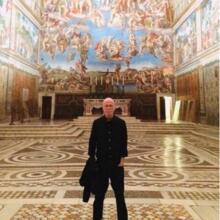 Bill Cain, S.J. is a Jesuit priest and a Peabody Award-winning screenwriter.