A Covid-19 vaccine has finally arrived. Prisoners must be prioritized.

A Covid-19 vaccine has finally arrived. Prisoners must be prioritized. 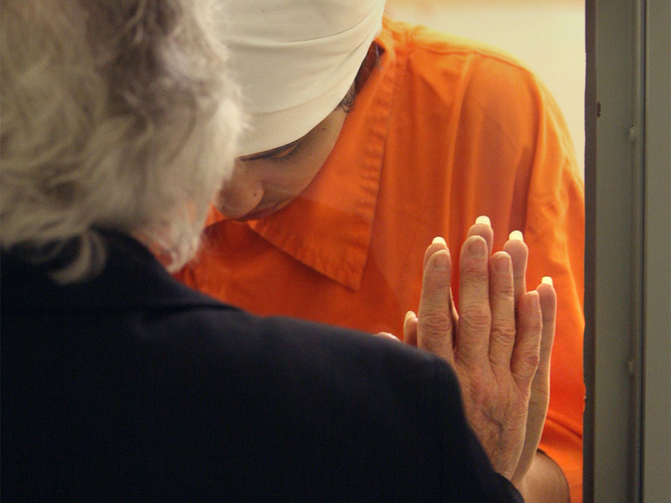 Every morning at 8 a.m., I confirm that my phone ringer is on and pray to receive an automated greeting call:

Hello. This is a collect call from ___, an offender at Louisiana State Penitentiary. This call is being recorded and is subject to monitoring. To accept charges, press one.

One of 12 people I’ve been visiting in prison over the past 15 years is a 77-year-old Roman Catholic Apache Native American on death row who suffers from severe respiratory illnesses. He called me at 8 a.m. today from the largest prison in the United States.

“It’s good news to hear about the vaccines out there now,” he said.

“Any word about distribution there?” I asked.

Immediately, he replied, “We’ll be at the bottom of the barrel as usual.”

During our monthly pre-pandemic visits, his inhalers would rest on the steel table in front of him, as we talked through muzzled old phones, sitting on small, hard metal stools with a thick piece of glass between us for the duration of the two-hour visit. In November 2012, he requested that I serve as his spiritual advisor after learning that his execution was scheduled for Ash Wednesday the next year.

Correctional workers will likely be among the first to receive the vaccine. Unsurprisingly, prisoners are not at the front of the line.

According to the Centers for Disease Control and Prevention, correctional workers will likely be among the first to receive the vaccine. Unsurprisingly, prisoners are not at the front of the line.

The discrepancy between correctional workers and incarcerated people raises a frightening scenario: a prison outbreak killing thousands of prisoners after the only preventive was reserved for corrections officers. Catholic social teaching proclaims all life is sacred and that the morality of a society is judged by how it treats its most vulnerable members. We can and must prioritize the distribution of vaccines to incarcerated people.

Those who have loved ones in prison, have been incarcerated themselves or have visited prisons recently knew that it was always a matter of “when” and not “if” or “how quickly” Covid-19 would spread inside prisons. We knew that when it happened, it would be devastating and deadly.

The United States is the incarceration capital of the world, keeping nearly 2.3 million people in prison cells. That is nearly one person out of every 100. According to a New York Times database, more than 250,000 incarcerated people have been infected with Covid-19. At least 1,450 incarcerated people and correctional officers have died from the virus.

Even before the pandemic struck prisons, a federal judge observed that medical care at the nation’s largest prison is constitutionally inadequate. Prisons​ house large numbers of people at extreme risk of death from Covid-19, including older adults, pregnant women and people with chronic illnesses, compromised immune systems and disabilities. In a pandemic, the conditions of confinement exacerbate the public health crisis. Extremely close living quarters with hundreds of people sleeping on bunk beds in crowded camps, deplorably unsanitary conditions, a lack of access to sanitation supplies and inadequate medical care—all make prisons a breeding ground for infectious diseases to fester.

Those who have loved ones in prison knew that it was always a matter of “when” and not “if” or “how quickly” Covid-19 would spread inside prisons.

The Bloomberg School of Public Health’s Center for Health Security at Johns Hopkins University recommended that “people residing or working in high-density housing”—among these are incarcerated individuals and prison workers—“should be a priority group for the vaccine.” The American Medical Association made a similar recommendation citing the unique risks of infection for people in confinement.

Public health experts point out that prisons are “incubators” and “reservoirs” for outbreaks that spread into the surrounding community. In November, a University of Oxford study into the need for prison-wide immunization as a matter of public health concluded that “people in prison should be among the first groups to receive any Covid-19 vaccine to protect against infection and to prevent further spread of the disease,” said Seena Fazel, the lead researcher and professor of forensic psychiatry at the university. The Irish Prison Service has petitioned its government to prioritize vaccines for prisoners and corrections staff alike.

Explainer: Is it ethical for Catholics to get a vaccine derived from abortions?
James T. Keane

Understandably, many Indigenous people and people of color are skeptical about the current push for vaccinations. I am also skeptical. Black and brown people have been victims and survivors of unethical medical testing and experimentation in our country for centuries. The U.S. government once distributed blankets infected with smallpox to Native Americans. The Tuskegee Study treated 600 Black male sharecroppers as guinea pigs. The U.S. government and medical professionals have repeatedly forced sterilization on Black and brown communities; just this year, a whistleblower accused U.S. Immigration and Customs Enforcement of performing unwanted hysterectomies on detained migrant women.

Skepticism and mistrust notwithstanding, we have a moral and ethical obligation to prioritize the vaccine for people held in confinement. Both mass incarceration and higher risks of complications from Covid-19 disproportionately affect communities of color. We are also obliged to ensure that incarcerated people have given informed consent and voluntarily agree to any research, as required by federal law.

Catholic social teaching proclaims all life is sacred and that the morality of a society is judged by how it treats its most vulnerable members.

Government officials and incarceration facilities must also take additional precautions to prevent illness and save lives among this high-risk population. Since the outset of the pandemic, I have joined forces with formerly incarcerated community leaders, families of incarcerated people, faith leaders, lawyers, community organizers and criminal justice reform advocates to call on the government to develop evidence-based and proactive plans for the prevention and management of Covid-19 for people in their custody.

Among these plans are calls to take immediate and drastic action to protect the safety of prisoners and facilitate the release of detained children and adults from prisons, jails, juvenile detention centers and ICE detention centers.

Both mass incarceration and higher risks of complications from Covid-19 disproportionately affect communities of color.

Nationwide, activists for social justice and prison reform have also challenged the practice of charging incarcerated people co-pays for medical treatment that discourage them from seeking care and testing; releasing people with compromised immune systems and pregnant women; ensuring free access to masks and hygiene supplies; signing all clemency petitions sitting on governors’ desks and having the police use citations rather than arrests for low-level crimes. But many of these pleas have fallen on deaf ears and most governors, mayors, corrections staff, judges and law enforcement officials have, as yet, failed to take appropriate and necessary action to save lives.

While the government decides who is first in line for the vaccine, I will keep my phone on, hoping for it to ring. I will continue calling elected officials and professionals charged with making decisions about vaccine priorities. And, until our words and actions reflect that every life is indeed sacred, I will continue to pray.

– Who should get the Covid vaccine first? Our answer must not neglect the poor and marginalized.
– Catholic News Quiz: Pope Francis, Joe Biden and earlier Midnight Christmas Mass
– Can Pope Francis visit Iraq safely—even with a Covid vaccine?

Show Comments ()
Join the conversation: Login or create an account
Before you can comment, you need to update your profile to include your first and last name, as required in our comments policy. Then reload this page and you'll be set up for commenting. Update your profile
More: Coronavirus / Social Justice / Prisons 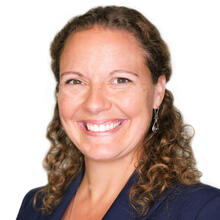 Alison McCrary is a spiritual director to prisoners on death row; lawyer for various social justice movements; Catholic activist; restorative justice practitioner; speaker on social justice, spirituality and liberation; and a former religious sister. She is a tribal citizen of the Ani-Yun-Wiya United Cherokee Nation.