Explainer: Do Catholics have a moral duty to vote? 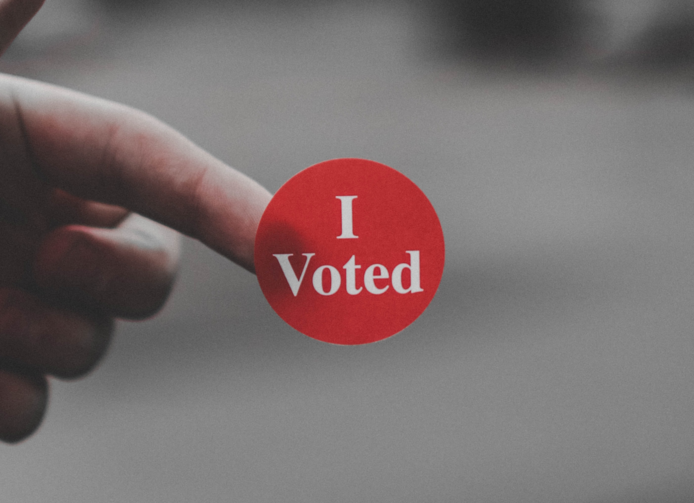 Photo by Parker Johnson on Unsplash

Over the last four decades, the percentage of Americans of voting age who participated in presidential elections has hovered at a little above 50 percent, with a high of 57 percent in 2008. Barring a massive increase in voter registration and turnout (made unlikely by concerns about public gatherings due to the Covid-19 pandemic), whoever wins next week’s presidential election will most likely garner the support of less than a quarter of the voting-age public.

For this reason (as well as for many more partisan ones), every four years, groups ranging from major political parties to local community organizing groups to churches and other religious enterprises gear up for massive “get out the vote” campaigns, seeking both to register new voters and to encourage registered voters to fill out a ballot. The Catholic Church in the United States is no exception. “Voting is a civic sacrament” is an axiom often attributed to Rev. Theodore Hesburgh, C.S.C., the former president of the University of Notre Dame. The U.S. Conference of Catholic Bishops encourages participation in political life and reminds Catholics both of their duties and options in “Forming Consciences for Faithful Citizenship,” a quadrennial document put out by the U.S.C.C.B., while being careful not to endorse any candidate or political party.

Other groups that label themselves Catholic also regularly try to rally voters in support of a specific cause or candidate—hence the appearances in the news of priests claiming “you cannot be a Catholic and vote Democrat”—though these groups and individuals (no links to them here, sorry) are given a wide berth by most U.S. bishops and other church authorities, in part because it is technically illegal for a non-profit to publicly campaign for a specific candidate.

The Catholic Church, in other words, does not demand of its members allegiance to a particular candidate or political party. But does the Catholic Church insist upon our participation? Do we have a moral duty to vote?

According to the Catechism of the Catholic Church, “It is the duty of citizens to contribute along with the civil authorities to the good of society in a spirit of truth, justice, solidarity, and freedom. The love and service of one’s country follow from the duty of gratitude and belong to the order of charity. Submission to legitimate authorities and service of the common good require citizens to fulfill their roles in the life of the political community” (No. 2239). For this reason, “[s]ubmission to authority and co-responsibility for the common good make it morally obligatory to pay taxes, to exercise the right to vote, and to defend one’s country” (No. 2240).

The declaration that it is “morally obligatory” to exercise the right to vote seems cut-and-dried here, no? In the U.S. legal tradition, a moral obligation is an act one cannot choose not to do: In other words, a duty. The Latin, “moraliter exigunt,” would in a less dynamic translation be rendered something like “these force morally” or “morally necessitate one to.” But as with many other issues addressed in the Catechism, this moral obligation has long been treated on the pastoral level as more of an exhortation toward a goal rather than a rule with dire consequences for the state of one’s soul. There are no crazy priests on the internet shouting “you cannot be a Catholic unless you vote!”

The phrase “moral obligation” pops up repeatedly in “Forming Consciences for Faithful Citizenship,” including in one section on participating in political life. But the U.S. bishops do not go as far as the Catechism in arguing that voting is morally obligatory. Because the U.S. bishops’ document is aimed at helping Catholic voters discern their own consciences when weighing their vote, the document has something of a built-in audience of readers who already intend to vote. Even when the bishops say a voter “may decide to take the extraordinary step of not voting for any candidate” (No. 36) if all candidates hold a position that promotes an intrinsically evil act, the presumption is that the reader intends to vote in the first place.

What, then, are Catholics to make of those who refuse to vote not out of sloth or indifference, but out of a strong conviction that the act of voting contributes to immoral political structures? In a 2012 report for Religion News Service, author David Gibson cited essays by two different Catholic scholars who were contemplating such a move. In an October 2012 essay on the Catholic Moral Theology blog, Jana Bennett, a professor of theological ethics at the University of Dayton in Ohio, debated the pros and cons of voting for a third-party candidate for president—or not voting at all. “I don’t think the church (clergy and laypeople alike) should succumb to the overly simplistic world represented in the current political system,” Ms. Bennett wrote.

What are Catholics to make of those who refuse to vote not out of sloth or indifference, but out of a strong conviction that the act of voting contributes to immoral political structures?

A few months earlier, another professor from the University of Dayton, Kelly Johnson, wrote that Catholic voting as an aggregate made no significant impact on elections. It had, however, caused significant divisions within the church. For these reasons, Ms. Johnson argued:

[I]t may be time for a Catholic fast from voting in federal elections. This is not the same as an individual’s conscientious refusal to vote. It is certainly not a rejection of voting in principle. In a fast, we abstain from some good for the sake of orienting our desires toward a higher good. As with any fast, what is given up is in itself innocent.

Ms. Johnson conceded that “not voting means that unjust policies that perhaps we could have prevented may be put into place or that opportunities may be missed. This fast, like responsible participation, requires us to give up our claims to moral purity.” However, she wrote, “I fear that at this point and for us, conscientious and informed voting will not end the injustices committed on left and right in the US. It will only leave the current state of affairs unchallenged.”

While Dorothy Day fought for women’s suffrage and was a lifelong activist for social justice, she never voted herself.

Along with these and other voices is an iconic one in American Catholic history: Dorothy Day. While Day fought for women’s suffrage and was a lifelong activist for social justice, she never voted herself. “When I asked family members how Day lived with that contradiction no one could offer a viable explanation,” filmmaker Martin Doblmeier, the director of “Revolution of the Heart: The Dorothy Day Story,” told reporter Christopher White in a March 2020 interview for Crux. “Dorothy Day was clearly the most outspoken Catholic conscience for America in the 20th century yet she did it without participating at the ballot box. She did think of herself as an anarchist, so I can only assume that while you castigate the power structures you can’t at the same time support them with your vote.”

No one would accuse Dorothy Day of moral laxity or indifference in the face of injustice. Did she perhaps believe in an adage sometimes heard around Catholic Worker houses, that “If voting made any difference, they’d have made it illegal”? The answer may lie in a question of timing: Our current Catechism was promulgated in 1992. When Day began religious instruction in 1926, her primary text would have been the Baltimore Catechism, which says: “Catholics should exercise their right to vote. This is a moral obligation when the common good of the state or the good of religion, especially in serious matters, can be promoted” (No. 246) [emphasis mine]. A slightly different phrasing, and perhaps that “when” is a difficult one to sneak through, but Catholics have always been good casuists.