Podcast: Anthea Butler on why religion won’t save us from the sin of racism 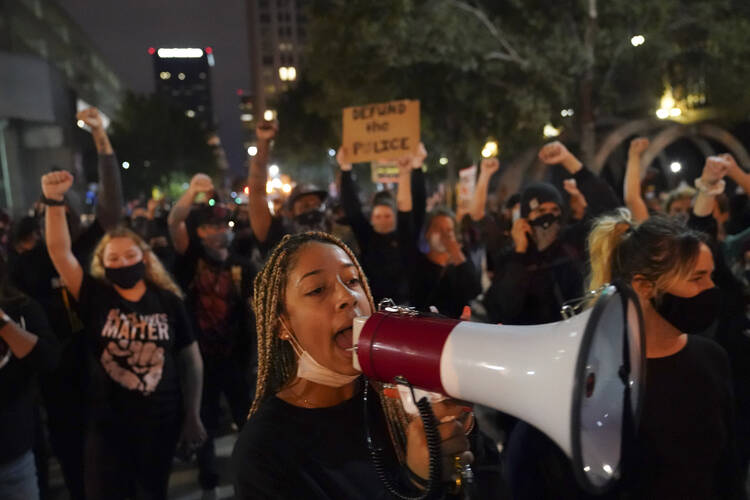 For many, the killing of George Floyd was a turning point. People of every age and race poured into streets across the country, demanding justice for not only Mr. Floyd but Breonna Taylor, Jacob Blake, Ahmaud Arbery and countless other Black men and women victimized by racist structures. But for this week’s guest, Anthea Butler, this moment feels more like a precipice than a turning point. Dr. Butler is an associate professor of religion and Africana studies at the University of Pennsylvania, who has been seeking to raise awareness about systemic racism in her students and the wider culture for years.

We talk to Dr. Butler about how she sees these protests in the context of U.S. history, racism among Catholics and evangelicals, and the role of academics in the fight for racial justice.

‘We are seduced by temporal power’: Gloria Purvis on racism, pro-life politics and the lure of the devil
Stephen G. Adubato

In Signs of the Times, the death of Ruth Bader Ginsburg has created an opening on the Supreme Court, and the two most likely judges to fill her seat are both Catholic women. Zac and Ashley discuss the history of Catholics on the court and why they have come to dominate the bench in the 21st century. Plus, we talk about the case of an Irish priest suspended from ministry in 2012 because of his support for women’s ordination and same-sex marriage and ask: What has and has not changed about how the Vatican disciplines dissenting priests under Pope Francis?

This was our 150th episode! Thanks to everyone who has stuck with us over the past two-and-a-half years. Making this podcast is the best part of our jobs, and we couldn’t do it without this amazing community of listeners. And a special thanks to members of our Patreon group. If Jesuitical is an important part of your life as a Catholic, please consider supporting the show.