Ask the Editor: Matt Malone, S.J., responds to your questions about ‘America’ and the 2020 election 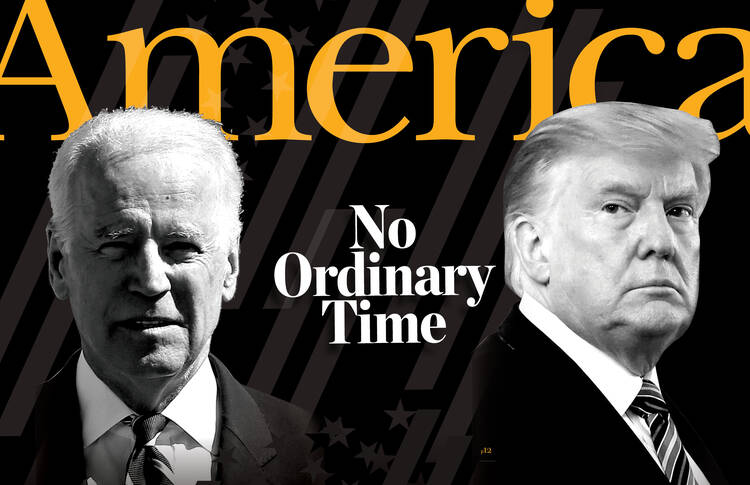 Join Matt Malone, S.J., the editor in chief of America magazine, for a conversation in the comments section on Friday, Sept. 18, from 1 to 2 p.m. ET, about the magazine’s coverage of this historic election.

On Sept. 16, America published an editorial in which the editorial board registered an unprecedented warning about the threat posed by President Trump to the U.S. Constitution. “In ordinary times, [the] debate about Catholics and presidential candidates can be a healthy and spirited exchange about how Catholics should approach their civic duties in light of their deeply held beliefs,” the editors wrote. “But this is no ordinary time.”

As the president and editor in chief of America Media, I did not take this editorial decision lightly. Historically, America’s editorial approach to elections has been to focus on the issues instead of the candidates. The editorial’s title in the print edition, “No Ordinary Time,” reflects our view that the vital issue of the country’s constitutional order required a different approach in 2020.

[America magazine: Donald Trump is a unique threat to the Constitution]

I should add that this editorial is the opinion of America’s editorial board, but it is not the only opinion you will find at America. We are committed to hosting a conversation and debate that includes a variety of viewpoints. You will find other, different arguments for Mr. Biden here. And you will find arguments in favor of Mr. Trump. And we want to hear your views as well.

I invite you to share your questions about the editorial and America’s approach to covering this historic election in the comments section below. I will respond to as many of them as time allows. To get the conversation started, I have provided answers to some questions I’ve been asked since we published the editorial.

1. Who authored this editorial?

The editorial board of America Media is a group of Jesuits and laypeople who author the corporate opinions of America Media. As with all editorials in newspapers and magazines, it is unsigned.

2. Have the Jesuits said this?

3. Is this editorial an endorsement of Joe Biden?

The editorial is an endorsement of the Constitutional order established by our founders and developed over the course of the nation’s history. The actions of Mr. Trump represent an unprecedented threat to that order and the editors believe that this threat must be foremost in our minds when deciding how to vote.

America’s approach is to address the issues instead of the candidates. In this unique moment in the country’s history, however, the critical issue treated in the editorial is inseparable from the character and actions of the sitting president.

5. Shouldn’t priests and religious stay out of politics?

The editorial board of America Media is composed of Jesuits and laypeople. The majority of its members are laypeople. The mission of America Media is to provide commentary about the pressing issues at the intersection of the church and the world. We have been providing commentary on church and public affairs for 112 years. It’s our job to have an opinion and to host yours.