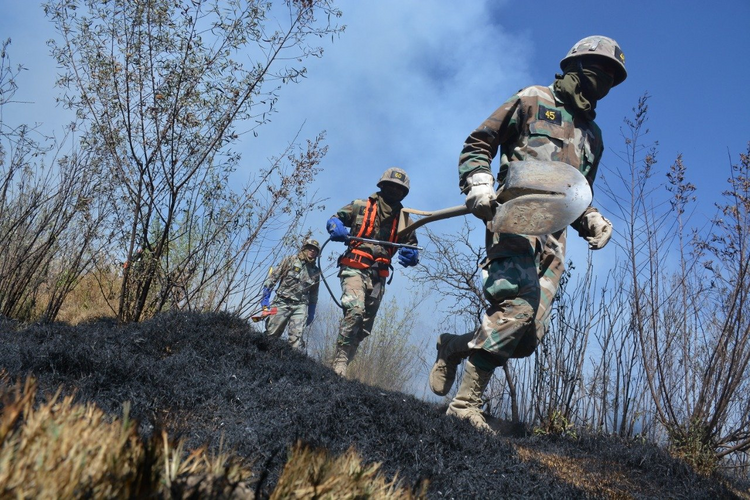 LIMA, Peru (CNS) — Bolivia’s bishops want environmental concerns to play a key role when voters go to the polls to elect a new government in October.

The bishops, through Bolivia’s chapter of the Pan-Amazonian Church Network, or REPAM, called for authorities to reconsider policies blamed for vastly increasing the number of forest fires in the country in the past few years. In an Aug. 25 statement, they said they want Bolivians to keep tabs on politicians and vote accordingly in the general elections Oct. 18.

“Elections cannot be about promises and handouts, but the programs offered by candidates. Voters need to consider the environment, agro-economics and rural development, especially in the Amazon,” said Bishop Eugenio Coter, REPAM president.

Bishop Coter, whose diocese is based in Riberalta, in Bolivia’s jungle, told Catholic News Service Aug. 26 that Catholics need to be coherent with church teaching when they vote, and this means focusing on the environment.

“The pope states in ‘Laudato Si” that we cannot destroy our common home. The struggle to preserve the environment is part of our pastoral teaching and our vision as Christians,” he said.

The bishops’ statement responded to the conclusions of the International Rights of Nature Tribunal, released in early August. The tribunal concluded that the fires that raged in Bolivia last year were “ecocide provoked by Bolivian authorities and agro-industry.”

The fires, most caused by clearing land for agriculture, burned close to 16 million acres in Bolivia. The number of uncontrolled fires is down so far this year, but the government’s Forest Information and Monitoring System recorded more than 48,000 “hot spots” from January through July 22, up 8.3% from the same period last year.

The bishops want Congress and the de facto regime led by interim President Jeanine Anez to review laws that allow individual farmers to clear around 40 acres of land, often using burning; expand farmland; and other laws that have opened the way for widespread use of genetically modified crops, particularly soy beans.

Bishop Coter said authorities so far have remained silent about the causes of last year’s fires.

The bishops’ statement on the fires was released the same day the national association of wheat and soybean farmers demanded that the judiciary reject a lawsuit to stop the use of genetically modified crops. The association accused opponents of “blocking the country’s development.”

Bishop Coter said it was an unhappy coincidence. “What they are saying is the exact opposite of what we need,” he said.

Adamo Diego, a biologist who took part in regional study on fires in Bolivia, Brazil and Paraguay, said Bolivia’s environment and indigenous peoples are at risk by legislation to expand agriculture.

“The cause of fires is a package of norms to expand agro-industry that threatens indigenous people and natural protected areas,” he said during a news conference Aug. 26 to present the report prepared by PIACI WG, an indigenous rights working group.-

Anez is running for a full five-year term after taking over last November, when former President Evo Morales was forced to resign over allegations of fraud to win a fourth term. The most recent poll put her third behind Luis Arce, of Morales’ Movement to Socialism, and a coalition headed by former President Carlos Mesa.

The Oct. 18 vote has been postponed twice because of the coronavirus pandemic.

Lucien Chauvin - Catholic News Service
@openpublish
Provide feedback on this article
Join the conversation: Login or create an account
Before you can comment, you need to update your profile to include your first and last name, as required in our comments policy. Then reload this page and you'll be set up for commenting. Update your profile