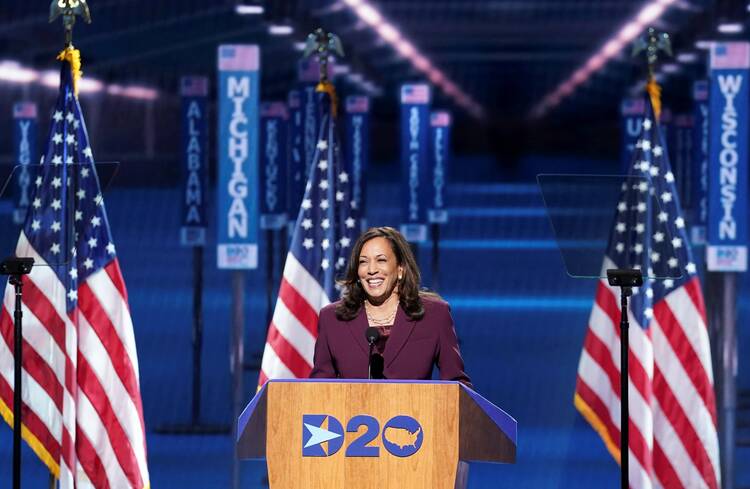 As Senator Kamala Harris of California accepts the Democratic Party’s nomination for vice president, it is worth recalling the suspicion she has shown toward Catholic organizations and beliefs in the past. That is not to discount the historic nature of her candidacy. She will be the first African-American and Asian-American to be nominated for vice president on a major-party ticket.

That said, many Catholics have questions about Senator Harris’s record on religious freedom. For example, while attorney general of California, she supported a bill that would have required pro-life pregnancy centers to inform all clients about state programs that provide abortions.

Senator Harris’s questioning of Brian Buescher during his confirmation hearing for a federal judgeship also raises questions among Catholics, especially the Knights of Columbus, of which I have been a member for 15 years. Senator Harris, along with Hawaii Senator Mazie Hirono, questioned Mr. Buescher’s ability to serve impartially based on his membership in the Knights.

“Were you aware that the Knights of Columbus opposed a woman’s right to choose when you joined the organization?” Senator Harris asked Mr. Buescher. Yes, the Knights of Columbus has defended unborn children since its inception, consistent with Catholic teaching. Throughout the country, the Knights are also known for their charitable works, donating cash to needy children, supporting crisis pregnancy centers and raising money for children with disabilities.

As others have noted, Senator Harris’ criticisms of the Knights appear to be an indirect criticism of the Catholic Church.

As others have noted, Senator Harris’ criticisms of the Knights appear to be an indirect criticism of the Catholic Church. Criticizing a judicial nominee’s membership in an organization that stands by church teaching rather than directly taking on those religious beliefs is a sneaky way around the U.S. Constitution, which states: “no religious test shall ever be required as a qualification to any office or public trust under the United States.” It does not pass the smell test.

While standing behind the Knights and the church, I can’t help but wonder if a pro-choice nominee who was also a member of the Knights would have received the same line of questioning. The late Senator Ted Kennedy—who was infamously pro-choice toward the end of his career—was also a Knight of Columbus. His older brother, President John F. Kennedy, bragged to the highest-ranking member, the Supreme Knight, about how his younger brother had advanced in his membership, receiving his Third Degree in the order.

Of course, this is not the first time the Knights have come under scrutiny. Among its billions of charitable donations, some support pro-life and pro-traditional marriage causes—positions in line with church teaching. Whatever one may feel about these issues, these are in fact the stances of the Catholic Church.

The church and the Knights stand by those most in need. That includes supporting social service programs, housing and outreach to immigrants. During a period when many unaccompanied minors who crossed the U.S.-Mexico border were kept in immigration detention centers, the council in Phoenix to which I belonged made tamales to bring to them and provided a cheerful presence in an otherwise dour situation.

The late Senator Ted Kennedy—who was infamously pro-choice toward the end of his career—was also a Knight of Columbus.

For other examples, one need look no further than natural disasters, whether in the United States or abroad. On Aug. 10, the entire state of Iowa was hit by a derecho—or “inland hurricane”—with speeds of up to 110 miles per hour, destroying at least 10 million acres of crops, damaging trees, homes and businesses, and leaving half a million without power. Within the state, the Knights have donated more than $15,000 in cash or gift cards to grocery stores, not only to provide for those in need but also to provide a steady income for the stores. The state deputy, the head of the Knights in Iowa, Paul Lee, told me that members have put in thousands of volunteer-hours to help clear debris, while still being mindful of social distancing measures considering Covid-19.

“We made sure we ordered 250 Knights of Columbus masks to start with, and went to the store and bought others, so that everyone that didn’t have a mask had one,” Mr. Lee said. Other efforts include providing meals for out-of-town workers, such as the more than 3,000 powerline technicians working to rebuild the state’s power grid. Mr. Lee also confirmed that the Supreme Council has promised “food, money and other supplies as needed to help people who were devastated.”

The service hours are not limited to the average Joe Knight. Mr. Lee himself spent six hours helping clear debris on Aug. 17. And he’ll be joining a group of his brother Knights clearing trees from a widow’s home this Saturday, Aug. 22.

Yes, the Knights hold true to the beliefs in the Catholic Church. But the teachings of the church are not limited to a party platform or a single issue, as is evident by the fact that America editor-at-large James Martin, S.J., will be offering a prayer at the Democratic National Convention and Cardinal Timothy M. Dolan of New York will be offering a prayer at the Republican National Convention.

I invite all public officials to learn more about what the Catholic Church teaches and why, and what it is the Knights do, not only at the national level, but at the local level. Membership in the Knights—or by extension practicing the Catholic faith—should not be a litmus test for higher office. And I hope that whoever is elected to the vice presidency, only a heartbeat away from the highest office in the land, understands that. 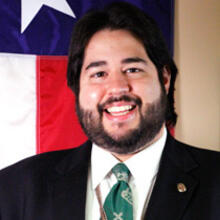 Tony Gutiérrez is the founder and editor-in-chief of Arizona Angelus, a Catholic media apostolate providing information to the Catholics of Arizona. He is also a member of Knights of Columbus Council 13286 in Cave Creek, Ariz., and has been a member for 15 years.

@Tony12_Ga
Show Comments ()
Join the conversation: Login or create an account
Before you can comment, you need to update your profile to include your first and last name, as required in our comments policy. Then reload this page and you'll be set up for commenting. Update your profile