No place for ‘religious test’ in government, says Senate in unanimous vote 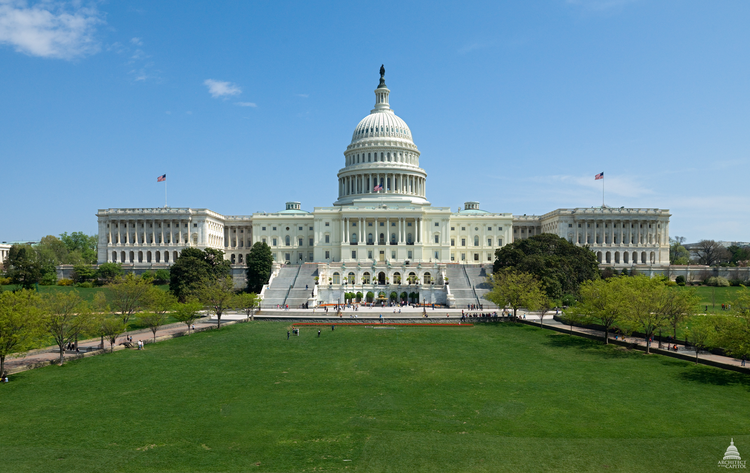 "This is a super-basic point: no religious tests," he said in his remarks from the floor before the vote. "If someone has a problem with this resolution, what other parts of the Constitution are you against? Freedom of the press? Women’s right to vote? Freedom of speech?"

"This isn't hard," he added. "No religious tests for serving on the federal bench. We should in this body rebuke these anti-Catholic attacks."

The resolution was in response to the anti-Catholic line of questioning faced by one of President Donald Trump's judicial nominees before the Senate Judiciary Committee: Brian Buescher, a Catholic nominated for a judgeship for the U.S. District Court for the District of Nebraska.

During the Nov. 28 confirmation hearing, committee member Sen. Kamala Harris, D-California, expressed concern about Buescher being a member of the Knights of Columbus because of the organization's opposition to abortion and same-sex marriage.

Sen. Kamala Harris, D-California, expressed concern about Buescher being a member of the Knights of Columbus because of the organization's opposition to abortion and same-sex marriage.

She criticized the Knights for being "an all-male society comprised primarily of Catholic men."

Another Judiciary Committee member, Sen. Marie Hirono, D-Hawaii, said the fraternal organization "has taken a number of extreme positions" and asked Buescher: "If confirmed, do you intend to end your membership with this organization to avoid any appearance of bias?"

Sasse, who was raised Lutheran and attends a Presbyterian church, called on all members of the Senate Jan. 16 "to unanimously reaffirm our oath of office to a Constitution that rejects religious bigotry."

"It is useful to regularly remind ourselves that Americans are a First Amendment people. Each of the five freedoms in the First Amendment: speech, press, religion, assembly, protest -- they define who we are," said in his remarks from the floor.

"In America, we talk, we read, we argue, we write, we march and we pray, we worship without fear," he said. "Because of this fundamental celebration of human dignity and of human freedom, America is big enough to welcome a whole bunch of meaty and messy fights on everything from who you vote for to who you call God."

In a Jan. 4 telephone interview with Catholic News Service, Supreme Knight Carl Anderson, CEO of the Knights of Columbus, decried the anti-Catholic tack taken by some senators in the Buescher hearing.

He called the fraternal organization "an American Catholic cultural icon," and said senators have no business questioning a federal judicial nominee's membership in the Knights over its support for church teaching on abortion and same-sex marriage.

"What we have to do is defend this fundamental principle of the free exercise of religion," Anderson said. "It's something every Catholic should be concerned about."