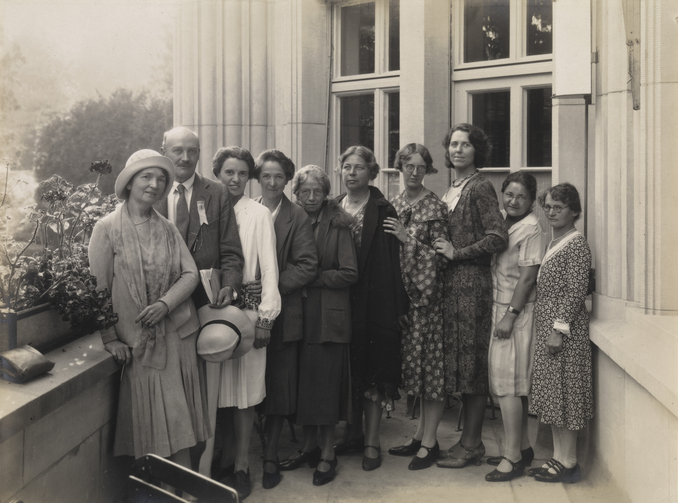 It was with some astonishment that I learned several days ago that Planned Parenthood of Manhattan had decided to remove the name Margaret Sanger from its headquarters and had encouraged other Planned Parenthood affiliates to do the same. The authorities cited Sanger’s eugenicism and racism as the motives for this dethronement of the iconic founder of the Birth Control League and its successor, Planned Parenthood. Until recently, anyone who criticized Sanger in print would be swiftly rebutted by Planned Parenthood apologists, who insisted that the charges of eugenicism and racism were false. But stubborn facts and our nation’s new scrutiny of our racial history have eroded the mythology of Sanger and laid bare her eugenics project in its racist, coercive details.

Sanger called for the sterilization of those with mental and physical disabilities, including “morons, mental defectives, epileptics.”

As we demythologize Sanger, it is important to recognize how extreme her brand of eugenics was. Her much-republished “My Way to Peace” (1932) presents Sanger’s essential eugenics platform. It argues that to preserve racial hygiene, the government should enact three coercive measures. First, it should sterilize those with mental and physical disabilities, including “morons, mental defectives, epileptics.” Second, it should segregate on state-run concentration farms a much broader public of impoverished and criminal citizens, including paupers, prostitutes, drug addicts, illiterates and the unemployed. If the second group reformed its behavior and accepted sterilization, it could return to mainstream society. By Sanger’s own estimate, 15 million to 20 million citizens would live under this regime of segregation and sterilization. The third initiative would be obligatory birth-control training for mothers with serious diseases, such as heart disease, in an effort to persuade them to renounce any future childbearing. This program was not about “choice.”

Sanger’s eugenics program made relatively modest gains during her lifetime. But she and her associates succeeded in one area: compulsory sterilization. More than 30 states passed laws authorizing agencies to sterilize forcibly those considered “unfit” for childbearing. The statutes targeted the mentally disabled and prisoners.

The sterilization controversy reached a climax in the Buck v. Bell decision (1927) by the U.S. Supreme Court. The state of Virginia had targeted Carrie Buck, an 18-year-old resident of a state institution, for forced sterilization on the grounds that she was feeble-minded (with a mental age of 8), immoral (she became pregnant as a teenager) and incorrigible. Writing for the 8-to-1 majority, Chief Justice Oliver Wendell Holmes Jr. declared the sterilization statute and the imminent operation constitutional on the ground that the state had the right to protect itself against those who burdened it economically. He famously concluded, “Three generations of imbeciles are enough.”

In succeeding years, the particular injustice of the Buck case became apparent. Carrie Buck had received average grades in school (so much for feeble-mindedness) and had received A’s and B’s for comportment (so much for incorrigibility). She had indeed given birth to her daughter Vivian out of wedlock, but this pregnancy was the result of her being raped by the nephew of her foster parents. Until her death at the age of 8 from measles, Vivian was an average student (not the third-generational “imbecile” predicted by Holmes). Carrie Buck happily married twice, supported herself through domestic work, and in her later years only regretted she could not have more children.

One of Sanger’s most cherished initiatives was the Negro Project, which targeted predominantly black neighborhoods for birth control programs.

At least 70,000 people in the United States were forcibly sterilized under the laws promoted by Sanger and her associates. Far more, especially women prisoners and women on welfare, were surreptitiously sterilized.

Race was never far from Sanger’s brand of eugenics. One of Sanger’s most cherished initiatives was the Negro Project, which targeted predominantly black neighborhoods for birth control programs and recruited African-American leaders to persuade minority populations of the value of contraception and sterilization. In a 1939 letter to Clarence Gamble, Sanger revealed the racial underpinnings of her delicate project: “We don’t want word to go out that we want to exterminate the Negro population, and the [African-American] minister is the man who can straighten out that idea if it ever occurs to any of their more rebellious members.”

Defenders of Sanger argued that such passages are not in fact racist, but few observers have been fooled. The African-American scholar and activist Angela Davis dissected the racism in Sanger’s version of birth control: “When Margaret Sanger…[built] an independent birth control campaign, she and her followers became more susceptible than ever before to the anti-Black and anti-immigrant propaganda of the times. Like their predecessors, who had been deceived by the ‘race suicide’ propaganda, the advocates of birth control began to embrace that prevailing racist ideology.” Davis shrewdly concludes that with Sanger, birth control (based on individual freedom) degenerated into population control (engineered by a coercive state). And there was no question as to the color of the populations to be targeted.

Sanger’s racist eugenics is not idiosyncratic. She reflects the triumphant eugenics elite that included presidents (Theodore Roosevelt, Woodrow Wilson), jurists (Holmes) and philanthropists (John D. Rockefeller). They embody the country-club ethics of exclusion turned lethal. As we demythologize Sanger, we should canonize the victims of eugenicist hysteria. There is no finer candidate than Corrie Buck, the victim of eugenicist fear and deceit. Perhaps we could build a statue of her. And place it on the front steps of the Supreme Court—right next to a statue of Dred Scott.

Provide feedback on this article
Join the conversation: Login or create an account
Before you can comment, you need to update your profile to include your first and last name, as required in our comments policy. Then reload this page and you'll be set up for commenting. Update your profile
More: Abortion / Racial Justice / Pro-Life / Contraception