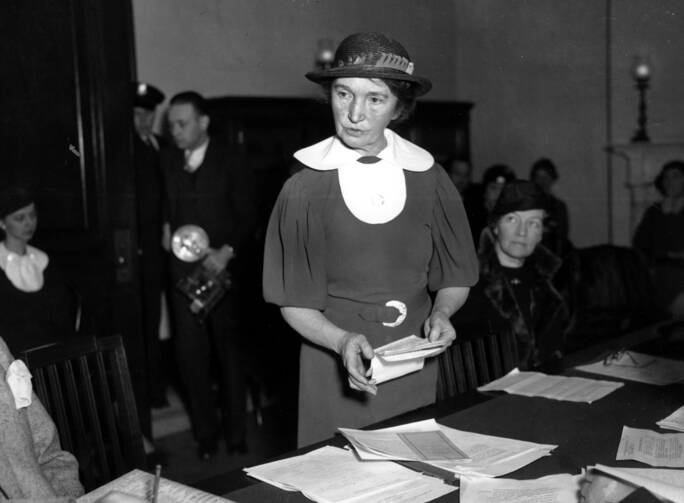 In this March 1, 1934 file photo, Margaret Sanger, who founded the American Birth Control League in 1921, speaks before a Senate committee to advocate for federal birth-control legislation in Washington. (AP Photo, File)

On Tuesday, Planned Parenthood of Greater New York announced that it will remove founder Margaret Sanger’s name from its Manhattan health clinic and urge New York City leaders to remove her name from a street sign near the clinic because of her “harmful connections to the eugenics movement.”

It took them long enough.

It is certainly a welcome acknowledgment of historical fact that Planned Parenthood is owning the racist, eugenicist history of Sanger. But this does not excuse their continued perpetuation of her legacy through their insidious practice of targeting the most vulnerable, especially poor women and women of color (both of whose populations so often intersect), by locating the vast majority of Planned Parenthood clinics within walking distance of nonwhite neighborhoods.

Planned Parenthood of Greater New York has announced that it will remove founder Margaret Sanger’s name from its Manhattan health clinic. It took them long enough.

Sanger supported policies to sterilize people with disabilities that could not be treated, and according to a Planned Parenthood fact sheet, called for “placing so-called illiterates, paupers, unemployables, criminals, prostitutes and dope-fiends on farms and in open spaces as long as necessary for the strengthening and development of moral conduct.” Sanger was so dedicated to controlling populations she considered to be “undesirable” that she accepted an invitation to speak to a women’s branch of the Ku Klux Klan, seeing it as an opportunity to gain support for her cause. In 1939, Sanger launched the Negro Project, which she wrote was aimed at “helping Negroes to control their birth rate,” while advocating for a federal “population bureau” to police reproduction.

Sanger also endorsed the 1927 Supreme Court decision Buck v. Bell, which held that compulsory sterilization of the “unfit” was constitutional. Most states did adopt involuntary sterilization policies, and by 1967, more than 60,000 people had been sterilized, often without their consent or even their knowledge. The decision has never been formally overturned.

It was because of Buck that the movement to use sterilization as a tool of population control was able to target vulnerable communities, including women of color, robbing them of their true reproductive freedom and of the precious gift of motherhood. The sterilization of Black women in the Jim Crow South was so prevalent that the euphemism “Mississippi appendectomy” came to mean a forced hysterectomy on Black women, including the civil rights icon and pro-life activist Fannie Lou Hamer.

The sterilization of Black women in the Jim Crow South was so prevalent that the euphemism “Mississippi appendectomy” came to mean a forced hysterectomy on Black women.

As pro-life feminists, we echo Hamer’s words when she condemned the actions of those who would simultaneously criticize poor mothers of color and put obstacles in their way to work: “We still love those children. And after these babies are born, we are not going to disband these children from our families.... I think these children have a right to live. And I think these mothers have a right to support them in a decent way.... We are dealing with human beings.”

At a time when so many individuals and institutions have taken a step back to reflect on the structural inequalities and systemic discrimination that still permeate our society, Planned Parenthood has chosen lip service over justice.

While Sanger’s name may be removed from public spaces, her legacy of destruction and dehumanization remains. Millions of children of color and poor children who were priceless are gone forever: nameless, unloved and buried in medical waste. Scrubbing Sanger’s name from an abortion clinic does nothing to improve—much less save—the lives of children who are maimed and killed or the women who have been sold the lie that they and their unplanned pregancies are a problem to be solved.

Sanger did oppose abortion itself, but from its very inception, the mission of the American Birth Control League and later Planned Parenthood has been, in effect, to target, control and ultimately reduce vulnerable, “undesirable” populations. Without Sanger, there would be no Planned Parenthood, the largest provider of abortions in the United States today. No amount of virtue signaling from the abortion advocates who now run the organization allows them to escape this fact.

According to the Guttmacher Institute, the former research arm of Planned Parenthood:

With the seemingly nonstop tumult of the news cycle this year, one might forget that 2020 is the centennial celebration of the 19th Amendment, which was led to victory by the suffragists, the original feminists for life—a movement that was born from the fight to abolish slavery.

From its very inception, the mission of Planned Parenthood has been, in effect, to target, control and ultimately reduce vulnerable, “undesirable” populations.

They stood against abortion and stood for resources and support for the most vulnerable. Like today, abortion was common in the 19th century. As the novelist and suffragist Eleanor Kirk so eloquently wrote in Susan B. Anthony’s newspaper, The Revolution, in 1868:

What will become of the babies? Why doesn’t somebody ask—what has become of the babies? Ask [abortion doctor Madame] Restelle [sic] and thousands of physicians, male and female, who have been engaged in their work of destruction for years. Physicians who have graduated from our first medical colleges, physicians with high sounding diplomas, whose elegant equipages stand in front of Fifth Avenue mansions, who pocket a big fee and a little bundle of flesh at the same time, and nobody’s the wiser! not even the husband in hosts of instances. What will become of the babies—did you ask—and you? Can you not see that the idea is to educate women that they may be self-reliant, self-sustaining, self-respected?... God speed the time, for the sake of the babies. Little ones will then be welcome.

With $600 million a year in taxpayer money, plus fees—money that frees up resources for the provision of more than 345,000 abortions—Planned Parenthood of America’s annual revenue is more than $1.6 billion, $1 million of which goes to their president. We still see today the privileged preying on the poor. That has always been Planned Parenthood’s business model, and until their leadership rejects this approach and instead embraces pro-woman, pro-life holistic solutions, we will continue to see disparities of race, sex, ability and class persist, and that is not how we achieve justice for all.

Knowing who is at highest risk and by listening to the reasons that drive women to abortion, we know whom to serve. And we have our task list. Women deserve better. 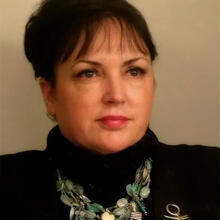 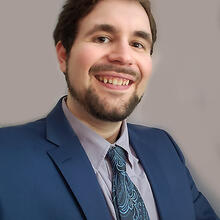 Damian J. Geminder is the editor of The American Feminist, a publication of Feminists for Life of America.

@Feminists4Life
Show Comments ()
Join the conversation: Login or create an account
Before you can comment, you need to update your profile to include your first and last name, as required in our comments policy. Then reload this page and you'll be set up for commenting. Update your profile