Vatican task force calls for an end to arms production

Vatican task force calls for an end to arms production 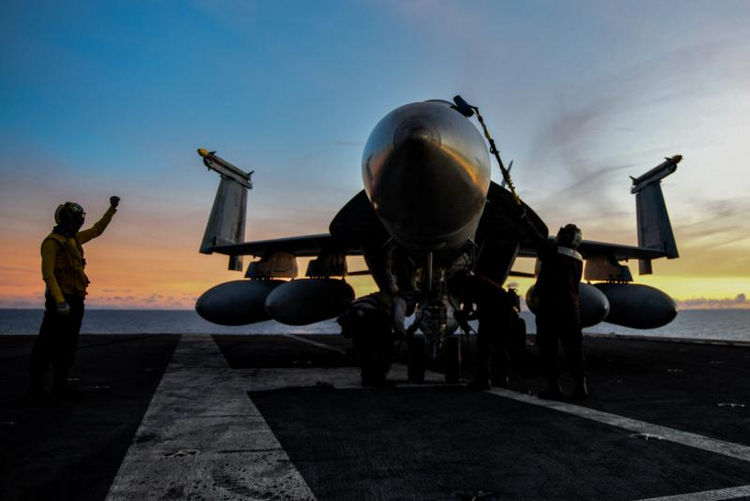 VATICAN CITY (CNS) -- Human health, peace, security and progress would be better served with a complete end to the production of weapons worldwide, said members of a Vatican task force.

"Now, more than ever, is the time for nations of the world to shift from national security by military means to human security as the primary concern of policy and international relations," Cardinal Peter Turkson, prefect of the Dicastery for Promoting Integral Human Development, said at a Vatican news conference July 7.

Cardinal Turkson also heads a COVID-19 response commission Pope Francis created in April to analyze the many challenges the world is facing as a result of the coronavirus pandemic and to come up with proposed guidelines and strategies for addressing the many crises.

The commission has five task forces focused on different issues, and the cardinal was one of three speakers at the news conference giving an update on what the working group dedicated to "security" has proposed for building a more peaceful, healthy and secure world.

The pandemic and the many emergency measures in place have sparked a number of problems in some parts of the world, the cardinal said; for example, there is an upsurge in domestic violence, police or military brutality in enforcing lockdowns, "adventurists" taking advantage of social or global disruptions to embark on a new war or seize territories; and the disruption of elections, which could worsen tensions.

"Now is the time for the international community and the church to develop bold and imaginative plans for collective action commensurate with the magnitude of this crisis" caused or exacerbated by the COVID-19 pandemic, he said.

"Now is the time to build a world that better reflects a truly integral approach to peace, human development and ecology," he said.

One concrete proposal endorsed by Pope Francis is the United Nations' call for a global cease-fire, Cardinal Turkson said. A complete cessation of hostilities would be necessary for achieving the peace, solidarity and global unity needed for successfully dealing with the pandemic and its effects, he said.

"But one thing is to call or endorse a cease-fire statement, another thing is to implement it" and get it to hold, he said, which means "we need to freeze weapons production and dealing" and end investments in armaments.

Salesian Sister Alessandra Smerilli, a member of the COVID-19 commission and an economic expert, said "we are at a stage in which we must understand where to direct financial resources."

Safety and security are supposed to be about guaranteeing human health and well-being, she said. But arsenals full of weapons do nothing to help stop the spread of the pandemic, she added.

What if instead of engaging in an arms race, she asked, "we 'race' toward food, health and work security? What are citizens asking for right now? Do they need a strong military state or a state that invests in common goods?"

Nations should ask how their citizens want their money to be spent and if it makes any sense to continue with "massive investments in weapons if human lives cannot be saved because there is no adequate health care system," added Sister Smerilli, who teaches political economy at the Salesians' Pontifical Faculty of Educational Sciences "Auxilium."

According to the Stockholm International Peace Research Institute, the world's military spending keeps rising, and last year it was estimated to be $1.9 trillion or about $250 per person.

Sister Smerilli said this ongoing push for more arms and greater military power is "a vicious circle that never ends, pushing in turn toward a constant increase in military spending, a positional competition that causes irrational expenses."

"We need courageous leaders who can demonstrate that they believe in the common good, who are committed to guaranteeing what is most needed today. We need a collective pact to direct resources for health security and well-being," she said.

Alessio Pecorario, who heads the commission's task force on security, said "choices have to be made. Medical supplies, food security and economic revival focused on social justice and green economy all require resources that can be diverted from the military sector in the context of renewed arms control."

Given the urgency, complexity and intertwined nature of today's challenges, the task force has concluded that "human and financial resources and technology should be used to create and stimulate strategies, alliances and systems to protect lives and the planet and not to kill people and ecosystems," he said.