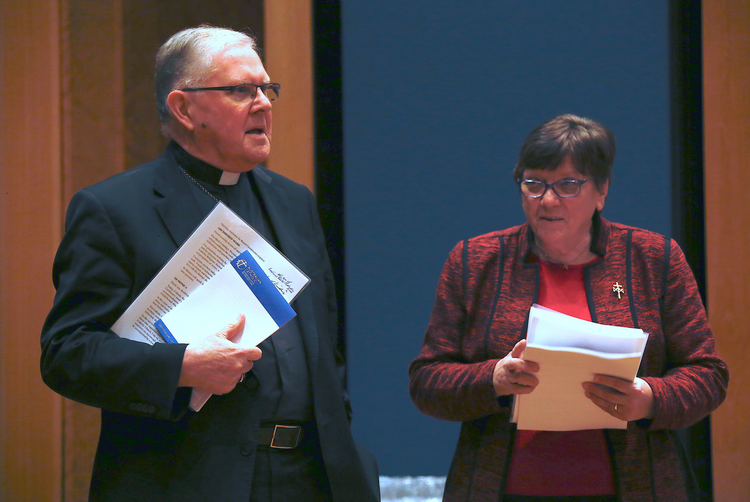 SYDNEY (CNS) -- The Australian Catholic Bishops' Conference has hit back at claims that a new national safeguarding office may be a step backward from the work of Catholic Professional Standards Ltd. over the past three years.

Catholic Professional Standards Ltd. was established by the bishops in response to the findings of the Royal Commission into Institutional Responses to Child Abuse to conduct audits of church entities' compliance with child safe standards and to deliver safeguarding training.

It was set up as a not-for-profit company operating independently of the church hierarchy and runs at a cost of around $1.8 million a year. It is expected to be replaced early in 2021 by a national approach to streamline and coordinate the church's work to protect children and vulnerable adults.

Some Catholics are worried that the new approach being considered by the bishops may lack the independence and transparency of CPSL, with The Australian newspaper reporting that there is "concern that old habits of secrecy and nontransparency are creeping back into the church."

But Archbishop Mark Coleridge, president of the bishops' conference, said it is "seriously mistaken" to see the decision to bring various national organizations into a single entity as a "diminishment in the church's commitment to child protection and safeguarding."

"For more than 18 months, guided by some of the leading authorities in child safety in the church and elsewhere, we've been moving toward the single national office that's long been intended," he said.

The new office "will retain the operational independence that Catholic Professional Standards Ltd. has enjoyed," he added. "We are confident this national entity can deliver on our commitment to the safety of children and vulnerable adults while also eliminating duplication and reducing costs at a time when all church institutions are under financial pressure."

The new office will assume key functions of CPSL and will supervise independent audits of church institutions, the training of Catholic leaders and the development and review of national standards.

It will also incorporate functions currently the ambit of other national organizations, including the oversight of a new national protocol for handling complaints of sexual abuse.

An Australian bishops' spokesman confirmed that while there is ongoing review into the details of the new structure, it will be operationally independent and be funded in a similar way to CPSL.

"It is expected that the current funding model for national Catholic professional standards and safeguarding bodies, which sees the conference and Catholic Religious Australia contribute, will continue," the spokesman said.

Father Tony Percy, vicar general of the Archdiocese of Canberra-Goulburn, said: "The Catholic Church in Australia is spending just over $36 million per annum on professional standards and child protection matters. This alone shows an extraordinary commitment to ensure that children and vulnerable people are safe, respected and protected.

"It is but one of three national entities which church leaders are sensibly integrating into a single professional standards body," he said.

Marilyn Rodrigues, Catholic News Service
@openpublish
Provide feedback on this article
Join the conversation: Login or create an account
Before you can comment, you need to update your profile to include your first and last name, as required in our comments policy. Then reload this page and you'll be set up for commenting. Update your profile