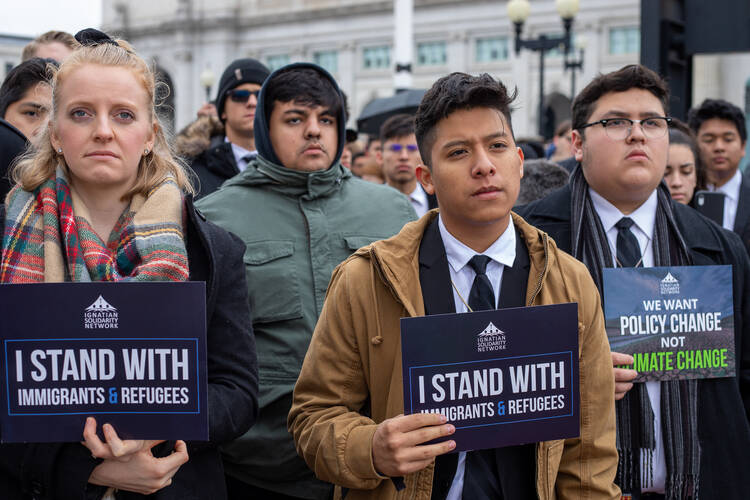 The Supreme Court of the United States has rejected the Trump administration’s attempt to end legal protections for immigrants brought to the United States as children. Recipients of Deferred Action for Childhood Arrivals, the immigration policy known as DACA, are no doubt elated and relieved to learn that the threat of deportation is not imminent. But their long-term status will remain in an unacceptable limbo until Congress passes comprehensive immigration reform that establishes permanent legal status for the 700,000 young immigrants currently protected by the program.

Despite his claim as a candidate that he would treat the so-called Dreamers with “great heart,” President Trump announced in 2017 that he would end the Obama-era program created by executive order in 2012. In today’s 5-to-4 ruling, the Supreme Court said the administration had failed to provide a “reasoned explanation” for ending the legal protections. But Dreamers should not have to rely on judicial rulings that seek to restrain this, or any, administration’s “arbitrary and capricious” changes to immigration policy; Congress must stop passing the buck to the courts and do the work of passing a just immigration law.

Congress must stop passing the buck to the courts and do the work of passing a just immigration law.

The past three months have only amplified what advocates have been saying for years: Dreamers, many of whom have been here for decades and established families and deep community ties, make essential contributions to U.S. society—young women like Estefania Betancourt Macias, a 29-year-old emergency room nurse working on the front lines of the Covid-19 pandemic in Washington State. The day before the Supreme Court handed down its decision, Ms. Betancourt Macias, one of the estimated 27,000 undocumented health care workers in the United States, told NPR: “My patients don’t know that I’m an undocumented person living in the U.S. They just see that I’m their nurse, and I just see them as my patient.... [T]hat this could be taken away from me is really hard.”

For too long, people like Ms. Betancourt Macias have been scapegoated by politicians for bringing crime to this country or taking jobs from hard-working Americans. They have been neglected by lawmakers of both parties who have failed to achieve passage of the Dream Act—first introduced in 2001—despite broad, bipartisan public support for granting legal status to Dreamers. The House passed the latest version of the Dream Act last June, but the Senate has not taken it up.

Though the Supreme Court has saved DACA for now, Congress must not let that be an excuse for inaction. For Dreamers to live and work with the stability and freedom they deserve, their fate must not depend on who occupies the White House. Passing some version of the Dream Act will benefit not only immigrants but our democracy itself. As the editors of America wrote in 2016, “Whatever one thinks of Mr. Obama’s actions on immigration reform...it is not a victory for the democratic process when a president sidesteps the legislature.”

In his dissenting opinion on the DACA decision, Justice Clarence Thomas warned against repeatedly resolving political questions by recourse to the court. “Today’s decision must be recognized for what it is: an effort to avoid a politically controversial but legally correct decision,” Justice Thomas wrote. “The court could have made clear that the solution respondents seek must come from the legislative branch.”

Though Mr. Obama ultimately took executive action, he described DACA as “a temporary stopgap measure” and called on Congress to provide a permanent fix to the country’s broken immigration system. “Pass a bill,” the former president told his critics. Legislation was the right solution then, and years of litigation over the future of Dreamers in this country since has confirmed it is the only way forward.