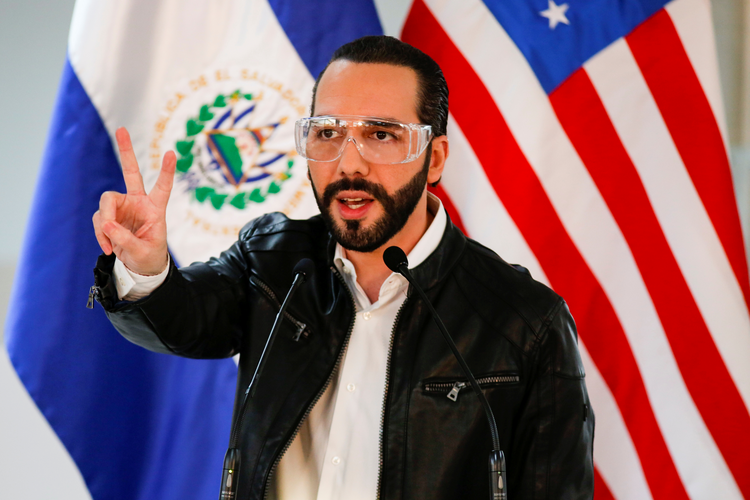 MEXICO CITY (CNS) -- A Jesuit university rector has called on the young and popular president of El Salvador to stop picking fights with other branches of government and to start showing some accountability during the COVID-19 crisis.

In a series of videos uploaded to social media June 7, Father Andreu Oliva, rector of the Jesuit Jose Simeon Canas Central American University in El Salvador, issued a blistering assessment of the first year in office for President Nayib Bukele, whose poll numbers have hovered around 90% since taking power June 1, 2019.

"Throughout this year, the president has spent more time criticizing and fighting with other powers of the state -- especially (with) the legislative assembly, which governs the country, and with this, he's committed serious violations of the rule of law," Father Oliva said.

Bukele, the rector added, has showed "clear immaturity and the inability to govern a country like this."

The comments raised rare public criticism from members of the Salvadoran church toward the president, but come as critics accuse Bukele of accumulating power and as the country battles through the COVID-19 crisis.

Bukele has imposed a strict quarantine in El Salvador to slow the spread of the virus, though it has proven difficult in a country where more than 70% of the population works in the informal economy. The president and business sector have subsequently traded barbs over how to go about restarting the economy.

Father Oliva said, "The battle against the COVID-19 pandemic is being unleashed without a defined plan, with improvisation and with grave errors being committed."

The president, a former mayor of the capital, San Salvador, swept to power in 2019 by tapping into a deep disdain for the two traditional parties, which had shared power since the end of the country's civil war in 1992.

A skilled communicator and slick in image management, Bukele, 38, has promised to calm a country plagued with gang violence and one of the highest homicide rates in the world.

Bukele also has criticized the corruption of his predecessors and leveraged his popularity to push around other branches of government, according to critics. In February, he sent soldiers to the national assembly in an attempt to get approval for a loan to purchase security equipment.

“There are serious reasons to be concerned about Bukele’s authoritarian behavior toward the legislative assembly, supreme court, and the media, his embrace of faith to justify or deflect criticism away from his policies, and the lack of evidence his (security plan) has been responsible for the decrease in homicides,” said Mike Allison, an expert on Central America at the Jesuit-run University of Scranton.

In his criticism, Father Oliva recognized "an important decrease" in the homicide rate under Bukele. But the rector added, "Gangs still maintain control of their territories" and the ability to kill any time they want.

Other observers in El Salvador say the gangs have enforced quarantines in many of the neighborhoods they control. They also note the president has promoted "heavy hand" policies, which depend on police and military to repress gangs, but usually bring a backlash.

"The murder rate has fallen ... but that doesn't mean the gangs are dismantled."

Gangs carried out a wave of killings in April to show force, Jones said, which prompted the president to crack down on the country's prisons. The government released a photo of tattooed inmate gangsters crammed into a room in their underwear and with their hands bound.

Jones attributed Bukele's enduring popularity to skilled social media use -- the president has more than 1.5 million Twitter followers in a country of 6.5 million people -- and a deep dislike of the old political class.

"He's there because of the failures of the left and the right," said Jones, who described Bukele as "populist" and running "a very centralized" government. "It's a one-man show."