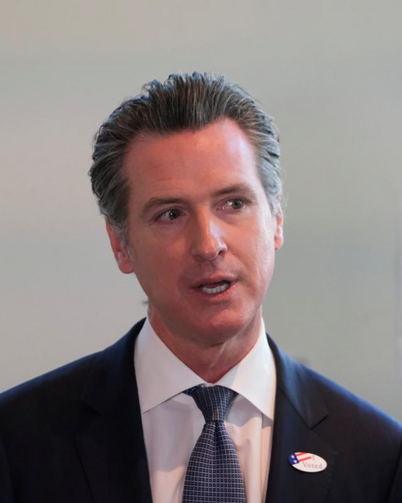 "Simply put, there is no pandemic exception to the U.S. Constitution and its Bill of Rights," said Assistant Attorney General Eric Dreiband in a three-page letter sent to California Gov. Gavin Newsom May 19.

Under Newsom's May 4 "road map" for opening the state back up, "in-person religious services" will not be allowed until the third phase of his four-phase plan. The plan lists houses of worship among "higher risk environments," such as movie theaters and sporting events.

The state is currently in the initial stages of "Phase 2," meaning that many retail facilities and other businesses are allowed to begin operations with social distancing.

"The Constitution calls for California to do more to accommodate religious worship, including in stage 2 of the reopening plan," Dreiband wrote.

The department also questioned why Newsom's original orders shutting down the state forbid in-person worship services while allowing other retail and service operations to remain open "regardless of whether the product they are selling and shipping are life-preserving products or not."

"Religious gatherings may not be singled out for unequal treatment compared to other nonreligious gatherings that have the same effect on the government's public health interest, absent the most compelling reasons," Dreiband wrote.

Andy Rivas, executive director of the California Catholic Conference, which is the public policy arm of the state's bishops, said the bishops are reviewing the Justice Department letter. He said Newsom and his staff have been "thoughtful and sympathetic" to the church's concerns in conversations about reopening, he told Angelus, the online media platform of the Archdiocese of Los Angeles.

Rivas said he has been talking with the governor's staff for several weeks and that talks have been "productive" and are ongoing.

The state's 12 Catholic dioceses are each working on their respective reopening plans. Los Angeles Archbishop Jose H. Gomez said the week of May 18 that he believed Los Angeles is "weeks now, not months" away from churches being able to begin limited reopenings.

The Justice Department warning comes less than a week after a blue-ribbon panel of Catholic doctors issued their conclusions that churches can reopen as "as safely as other essential services" in society. The U.S. Conference of Catholic Bishops has sent the doctors' document to bishops across the country to use as a resource in their reopening plans.

In its letter, the Justice Department said churches across the country have shown a willingness to find "creative ways" to protect worshippers and "comply with social distancing and sanitation guidelines" during the pandemic.

"Many places of worship are quite content to operate at 15-25% of capacity in a way that allows for social distancing between family groups," the letter added.

In an April 14 statement, Barr called on states and local governments to respect religious freedom in their coronavirus containment efforts, vowing that the Justice Department would defend believers against any plan that "singles out, targets, or discriminates against any house of worship for special restrictions."