Who counts? The 2020 census faces a tough recovery from Covid-19.

Who counts? The 2020 census faces a tough recovery from Covid-19. 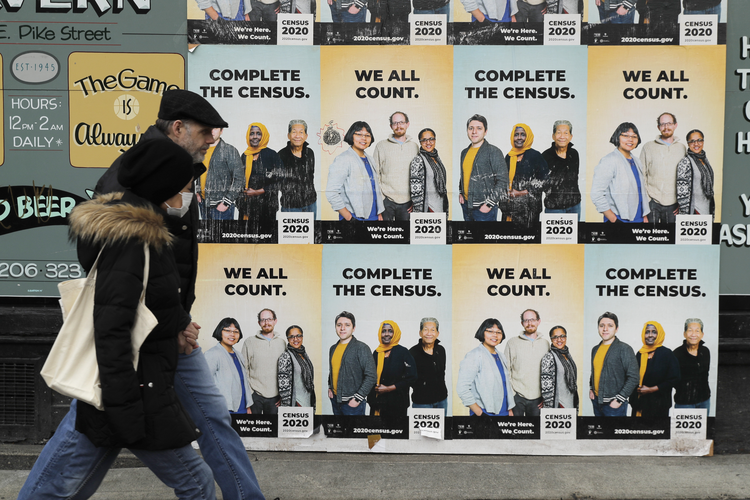 Long before the Covid-19 crisis threw the accuracy of the 2020 census into even deeper doubt, in a report last June the Urban Institute attempted to gauge the depth of the potential miscount in the constitutionally mandated, decennial national headcount—now extended four months because of the pandemic. It anticipated an undercount ranging from 0.3 percent to almost 2 percent of the U.S. population. While these percentages may seem small, they mean that anywhere from 900,000 to more than four million U.S. residents could be missed.

In 2000, the Census Bureau’s own analysis found that children up to 4 years of age were especially likely to be undercounted. Why does it matter? The decennial census is used to reapportion congressional seats around the country, with each state crunching the numbers to redraw district maps, but it is also used to guide the disbursement of federal monies for social services.

The Census Bureau’s own analysis found that children up to 4 years of age were especially likely to be undercounted.

Catholic and other denominational community groups had been courted by Census Bureau officials as logical outreach partners to connect with hard-to-count communities, especially among immigrant families who may be concerned that filling out official paperwork could jeopardize their residency status or put them at risk of deportation.

The Editors: Don't underfund the Census
The Editors

Ann Scholz, S.S.N.D., is the associate director of social mission for the Leadership Conference of Women Religious. “We’ve been spreading the word about the critical importance of the 2020 census count,” she told Catholic News Service in March, adding “we know that in past censuses, millions of people of color, children and immigrants have gone uncounted.”

“We believe this undercount,” she said, “has resulted in systemic injustice resulting in underfunding of resources that we all use, like schools, hospitals, critical infrastructure.” She added, “We think that it’s even resulted in the underpreparation for critical health emergencies like Covid-19.

“We’re each made in God’s image and endowed with God’s spirit,” Sister Scholz said. “No matter our creed, our race, our gender, our immigration status—we’re worthy of being counted.”